RUSH: Okay. You gotta hear this. This on Good Morning America today, the correspondent Deborah Roberts. She is the wife of Al Joker of the Today Show, and she’s got an author as a guest, a woman named Peggy Orenstein. The name of the book: Boys & Sex. (interruption) Yeah, I knew that would perk you up. Boys & Sex. As you listen to this sound bite — and it’s only 23 seconds. As you listen to this, I want you to keep in mind the objectives of the militant feminazis since at least 1969-1970. How many years is that, 50? It’s 50 years! (chuckles) My goodness. 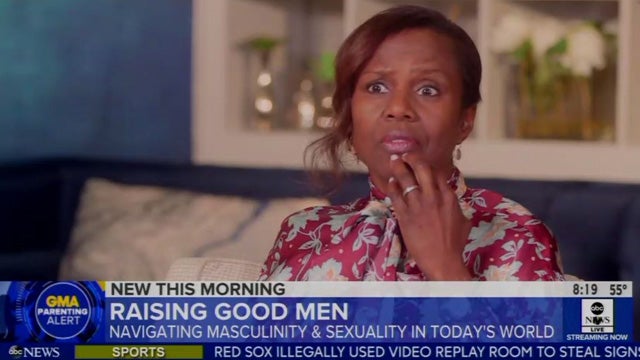 What’s the objective been? They wanted to change human nature, largely because it had been so unkind to them. (Ahem.) They wanted to change human nature. They believed that people, boys and girls, as — whatever they think — created, born, whatever, were imperfect. It wasn’t fair. Remember all of the stories about enlightened parents raising their little boys in pink bedrooms with Barbie dolls and giving their little girls dark blue bedrooms and GI Joe dolls?

And remember the dismay and the sadness when they found that the little girls with the GI Joe dolls did nothing more than try to find different outfits for them to wear. And the little boys did not want to become homemakers. They started doing unspeakable things to the Barbie dolls. (laughing) In the face of all of this, here is Deborah Roberts talking to the author, Peggy Orenstein, on her new book, Boys & Sex.

ORENSTEIN: It was like they were, um, channeling 1955. You know, it was still about, uh, sexual conquest. It was about dominance. It was about aggression, athleticism — and particularly about emotional suppression. 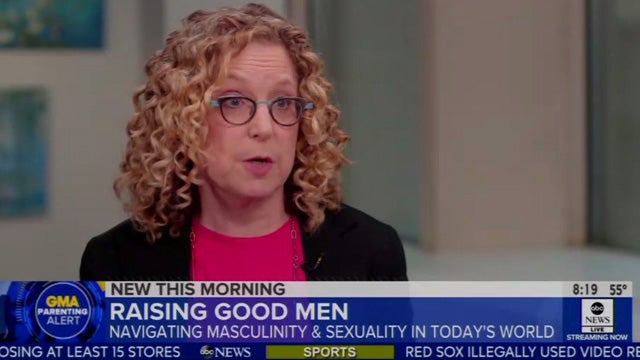 RUSH: Can I translate this for you? This woman is saying, “Despite everything we’ve done, we haven’t able to change ’em! They still don’t tell us what they’re feeling, and they still think they’re all jocks, and they still run around and try to sexually conquest every woman they run into. We have failed! It’s all about dominance. It’s all about aggression. It’s a dismal failure. You talk to these young boys today, and you may as well be talking to kids in 1955!”

Now, why do you think they failed? And, by the way, you weren’t around here in 1970; I was. I mean, this show wasn’t around. But the moment this movement began, I told everybody it was gonna fail because there was no way to change basic human nature. If you believe in creation, if you believe in God, and if you believe in the concept of life perpetuating itself, life has one objective: To not die. That’s what life is, and every organism on earth is created with the urge to procreate. There are aggressors and there are non-aggressors. 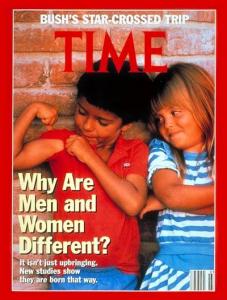 And despite all of their efforts to make boys and girls identical or even change roles, they have failed dismally because it’s never been possible, because these people are not God. Remember the TIME Magazine cover story in the 1990s? Cover story! A cover story! For this to be on the cover of TIME magazine, folks, it meant this had to be big, shocking news to the editors. And the TIME magazine cover story to which I refer — I’m paraphrasing; don’t have it right in front of me — was shocking news, shocking survey results: Men and women are born different.

That constituted earth-shattering news to the enlightened, male-lesbian and feminist editors at TIME magazine: Men and women are born different! So poor Peggy Orenstein. (impression) “It was like they were channeling 1955. You know, it was still about sexual conquest. It was about dominance. It was about aggression, athleticism — and particularly about emotional suppression.” Apparently, that’s the big bugaboo that women have with men, that men do not emote all the time, that men do not run around telling you how they feel.

One of the objectives of the feminazis has apparently been to change that. You know, folks, it’s just classic. The left is just miserably unhappy with the way things are as they have been created. They’re unhappy with human nature, and they have been seeking to change it — and that’s really, in a nutshell, the problem. You can’t. Not unless you have a totalitarian relationship with people and can force them to behave.

But you can never change them.

You can maybe make them comply with your totalitarian demands, but you cannot change their nature.

You can’t change who they are.