RUSH: We have Jack in… Ah, ah, ah. What happened to line 5? (interruption) Well, okay. Then never mind, then. We had a guy up there from Houston who said he was born… I’ll just tell people what he was gonna say because it transitions into a point that I want to make. He was born in Iran.

He said he fled, and what he sees on TV is disgusting, this glorification of Soleimani. Trump did an amazing thing taking him out, that he’s literally despised, and all of this stuff you see on TV with these millions of people showing up to the funeral? They’re told that they’ve gotta be there or else. Exactly as I told you. Now, the reason I wanted to take that call is because Lara Logan has been on TV. You know, she was at CBS for a while, 60 Minutes, and I think — I think — she’s now an analyst, commentator, contributor, whatever, at Fox News.

Whether she is or isn’t, she was on Fox News recently, and she said that an Iraqi who lives in the United States, in San Diego — Iraqis living in the United States — said every one of them is voting for Trump in the next election because he killed Soleimani. You know, folks, we don’t live in that region, and in this country, we don’t have any idea what life is like for people in Iran. Too many Americans think that life there is just like it is here; the only difference is where it is. It’s a totalitarian state, a religious totalitarian state. 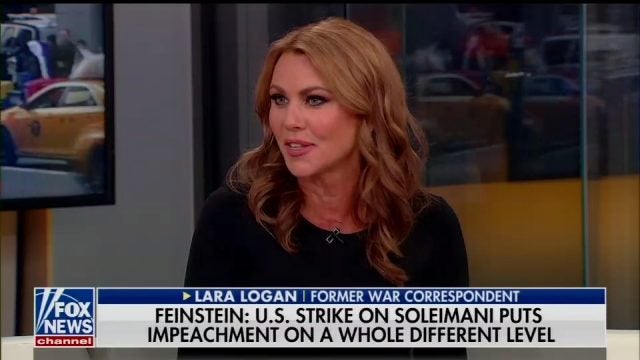 There isn’t any freedom of movement or freedom of thought. They are in dire economic circumstances because of sanctions. They rely almost completely on oil for their economy. We have become energy independent. We never bought Iranian oil, but we certainly don’t need to now anyway. But this guy, Soleimani, was hated and despised and feared! He was the agent of death for the Iranian government. He wasn’t admired. He wasn’t held up and hoisted up on great mantles.

In countries like that, people are scared to death of their leaders, and he was number two! So Lara Logan says an Iraqi living here said to her that the Iraqi community in San Diego — he said the entire country — every one of them is voting for Trump in the next election because he took out Soleimani. This guy was wreaking havoc in Iraq. He was killed in Iraq. He is an Iranian terrorist. He is an Iranian government official. What’s he doing in Iraq? They were turning Iraq into essentially a satellite state.

That was the objective, and they were along the way in getting it done. So this guy’s no hero. He’s no martyr. They’re not… The Iraqis who have fled, the Iranians who have fled who live in this country know full well. They didn’t shed any tears over Trump taking the guy out, contrary to what the media wants you to believe. The media, NBC is inviting Americans to participate in the funeral for Soleimani — televising the funeral and asking us to join in the mourning for the guy!

I’m not exaggerating that.

This has served to further enrage Iraqis and Iranians who live in the United States.

RUSH: Jack in Jacksonville, your turn. Great to have you, sir. Hello.

CALLER: Thank you very much for having me. Anyway, so I just want to talk about how all the Democrats are, you know, pretty much criticizing Trump for his drone strikes and the killing of Soleimani, when Obama ordered 542 drone strikes killing 3,797 people — 324 of those civilians — all of that without congressional approval. (crosstalk)

RUSH: Absolutely correct. In fact, Obama… We had the story earlier this week. Obama loved talking about how he did it. He loved killing people with these drones. He loved it. He personally selected the targets, Jack.

CALLER: Yeah. Exactly. It doesn’t make sense. It’s pretty much all partisanship. When a Democrat does it, they don’t care. When Trump does it — 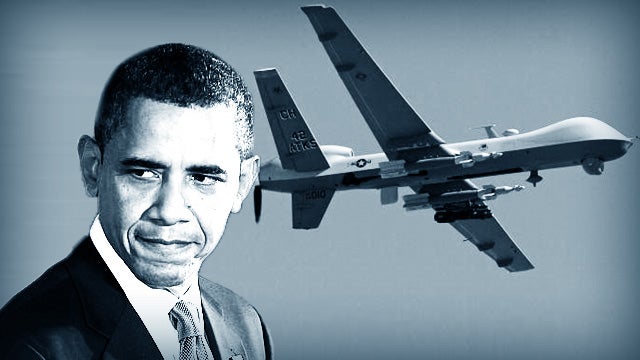 RUSH: It makes total sense. I don’t mean to disagree with you. It makes total sense. The Democrats know that hypocrisy never sticks to them, because the media never is going to have it stick to them. The media is gonna shield them. So Trump can use a drone strike without talking to Congress and take out Soleimani, and what do the Democrats do? They sound like Soleimani’s defense players. They start complaining. “Trump’s irresponsible, can’t do that!”

Then Obama’s wiping out 500 people with these things, never gets congressional approval for any of it, brags about how he loves doing it. One of his targets was an American citizen that he took out living in Yemen — admittedly a terrorist, a Democrat (well, I know the guy wasn’t a Republican), Anwar al-Awlaki al-Sahib Skyhook, whatever his name was. Obama bragged about taking the guy out. When Obama did it, it was brave. When Obama did it, it was courageous, because Obama was enabling ’em say, “See? Democrats are not afraid of using the military.”