RUSH: Here we are back at it, Rush Limbaugh, doing what I was born to do and having more fun than a human being should be allowed to have while doing it. A lot of people have been asking me what I think of the… (interruption) Oh, here we go. 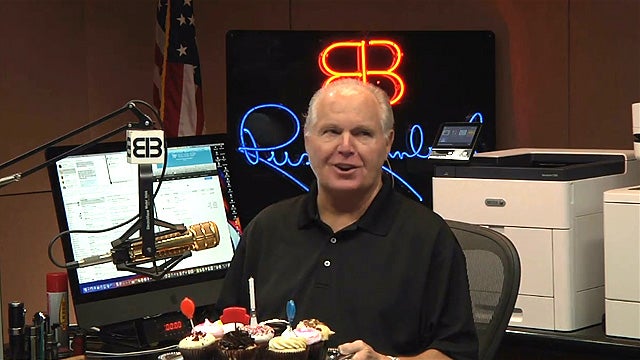 RUSH “Happy birthday. Happy birthday.” Man, do these look good. Wow. These are cupcakes rather than one big cake. So I’ve got two candles here. Okay. (blows) Ah-ha! I got ’em both in one exhale. Do you realize the carbon dioxide it took to get rid of those?

SNERDLEY: You thought we forgot? Did you think we forgot? 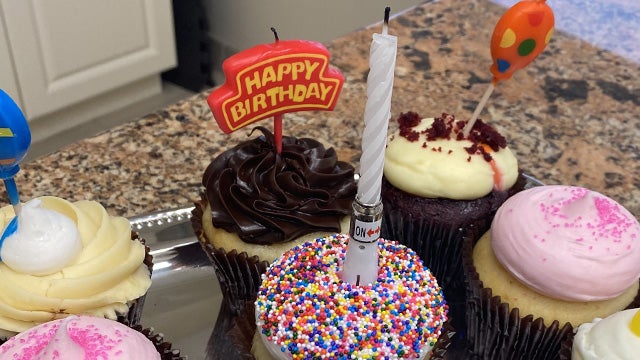 RUSH: No, I didn’t think you forgot. I thought you’d do it on Monday, but I’m not gonna be here Monday.

RUSH: (laughing) I thought I had crossed you up.

DAWN: You thought you were getting out of it. 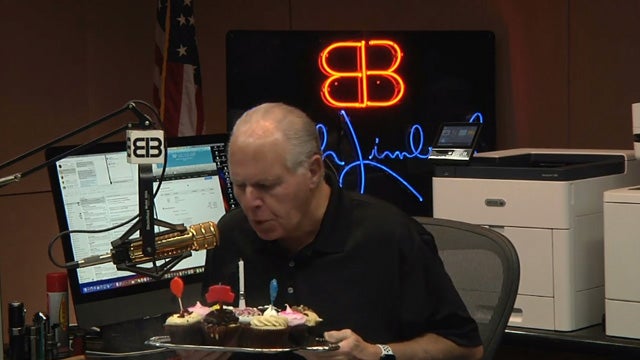 RUSH: I thought I was gonna get out of it. Yes, birthday… Let’s see. What is this? This is the 10th. It’s Sunday, and I’m not gonna be here. Don’t worry, folks. I haven’t lost my place and nothing’s changed. I don’t like making a big deal out of birthdays. What’s the big achievement of a birthday other than, you know, living another year? What is this? (reading cake) “Making Your Birthday Great Again.”

THE PRESIDENT: I just want to wish you a happy birthday. I would never say in your case that you’re fired. So I’ll just say, “You’re hired!” 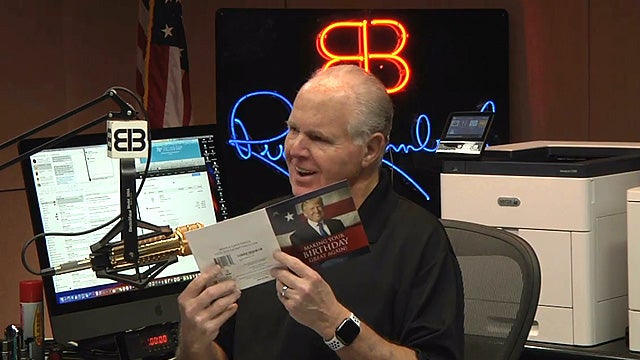 THE PRESIDENT: I just want to wish you a happy birthday. I would never say in your case that you’re fired. So I’ll just say, “You’re hired!”

RUSH: (laughing) Thank you all. Thank you all very much. It’s Open Line Friday. Let’s hit the jingle and get going.