RUSH: Here’s Jim Sciutto from this morning on CNN.

SCIUTTO: Happening now. Pro-gun advocates are rallying in Virginia’s capital. So far it’s been peaceful. Officials are bracing for the participation of hate groups, white supremacist groups, to disrupt the demonstrations, which of course are taking place on Martin Luther King Jr. Day. 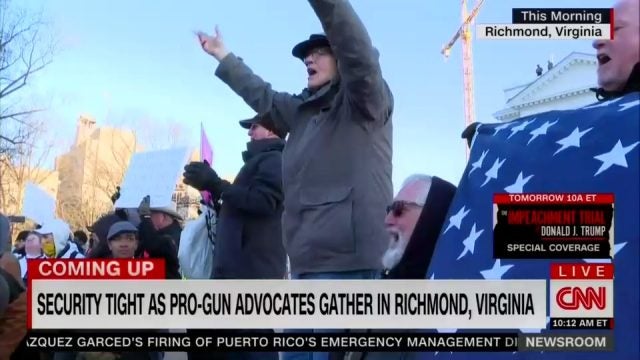 RUSH: The Drive-By Media is hoping that it doesn’t remain peaceful. And all day yesterday and last night — I mean, yeah, I was watching the football championship games, but I was intermingling some show prep along with it. And you could tell the Drive-By Media was just hoping that this rally in Virginia today would turn horrible and terrible and it would be a repeat of Charlottesville.

I guarantee you that’s what they were hoping it would be so they could link Trump to it. So far nothing of any consequence has happened. It’s a gun rally in one way and bunch of people are trying to — and Antifa was supposed to join, which was guaranteed to make it out of control. And it’s just another example of the Drive-Bys hoping that something bad would happen, and so far nothing has.

Here’s Biden. By the way, this is Martin Luther King Day. Whatever happened to, “I hope someday my children will be judged by the content of their character rather than the color of their skin?” Whatever happened to that in the Democrat Party? ‘Cause that is gone and hasn’t been operative in the Democrat — it’s all the color of your skin and it’s all your sexual orientation and it’s all your sexual preference.

If you take the premise seriously, yeah, you feel sorry for ’em. Who in the world — but it’s nothing unusual. You know what the book — these guys are afraid, performance pressure, the first time they won’t meet expectations. Well, hell, there’s nothing new about that. That doesn’t suggest there’s anything out of whack. “Whack” may not be the best choice of words in this particular subject area.

BIDEN: This president and his, the Ku Klux Klans and the rest of them, they think they’re beating us again. But they have no idea. We’re just coming back. God love you all. 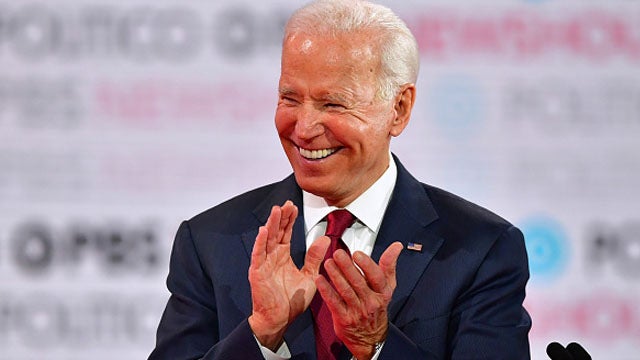 RUSH: We’re just coming back? Where you been? The president and his Ku Klux Klans? Remember that poll that we had about 10 days ago, the political makeup of the population of the country, 24% of the people in this country identify as liberal, 37% conservative, and about the same number independent. It’s long been my point that we’re being governed by a minority and we’re being governed against our will. That 24% of people identifying themselves as liberal, but look at where they are. They’re in Hollywood, media, education, academe and so forth.

So they’re concentrated in the areas of culture which have a lot of power over the influence of public opinion. But they are a minority. And my point is when you got Biden and the Democrats running around accusing all these Trump voters of being members of the Klan, what in the world do they think they’re gonna do? Their whole objective, stop and think, the whole objective when they started all of this with the Russia collusion narrative was to separate Trump voters from Trump. They knew they had to do that. They bombed miserably. They failed doing that.

So now they’ve got Plugs and the rest of these guys out talking about Trump voters as members of the Klan? How is that going to separate Trump voters from him? And if they can’t do that, they don’t have a prayer of winning. If Trump holds his base, it’s over. And he’s going to hold his base. And he’s expanding his base at the same time.