RUSH: Now, you probably have heard that it got so bad in the Senate last night that the chief justice had to admonish both sides to clean up their acts. Here is how that sounded. It’s audio sound bite number 8. Hit it. 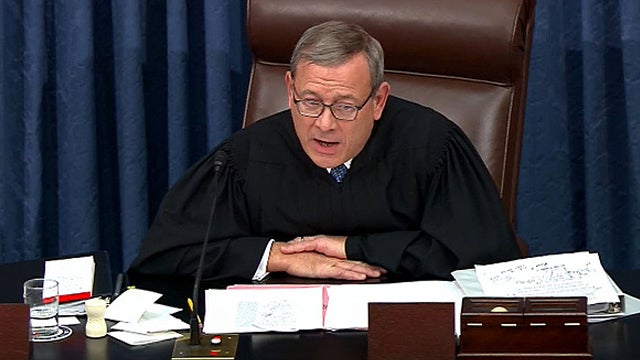 ROBERTS: It is appropriate at this point for me to admonish both the House managers and the president’s counsel in equal terms to remember that they are addressing the world’s greatest deliberative body. One reason it has earned that title is because its members avoid speaking in a manner and using language that is not conducive to civil discourse.

In the 1905 Swayne trial, a Senator objected when one of the managers used the word “pettifogging” and the presiding officer said the word ought not to have been used. I don’t think we need to aspire to that high a standard, but I do think those addressing the Senate should remember where they are.