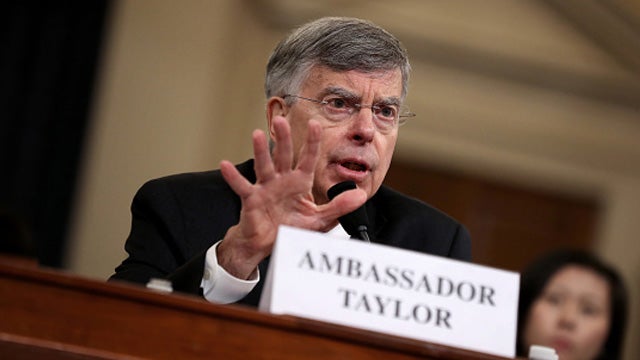 They want to impeach the guy for this as though these unelected, snooty, arrogant, out-of-touch civil servants who live in Kiev and elsewhere, they run foreign policy? They get to determine what foreign policy is regardless who elected president is? And if elected president is somebody the Democrats hate and doesn’t follow the advice of Obama holdover civil servants then we can impeach him and throw him out of office.

The whole thing infuriates me. And it has from the get-go. And there’s nothing new here. This is just a continuation of Trump-Russia collusion, which was a hoax and manufactured. And if you go out and you randomly pick 10 Americans off the street and say, “How did Trump cheat in 2020?” nobody will know. They’ll be able to repeat to you what they’ve heard in the media, “Well, he colluded with the Russia.” Yeah, well, what did he do? What happened? There isn’t any evidence. Trump did not cheat.

Anyway, that’s what I mean. That takes me off the beaten path that I had intended. I want to talk about the TV ratings for this, because this is something I alluded to at the beginning of the program. “The opening of the Trump impeachment trial –” this is from Reuters and they’re sad. Reuters is very disappointed to report this. 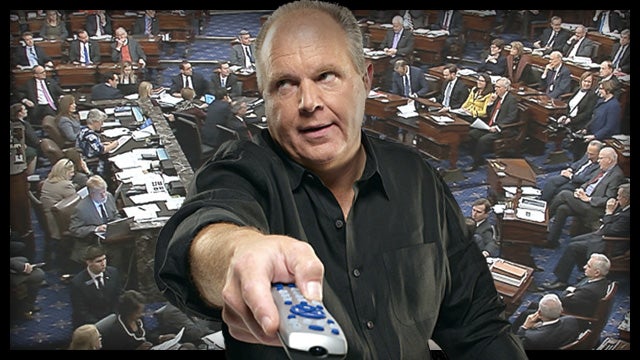 “About 11 million TV viewers watched the start of the U.S. Senate impeachment trial of President Donald Trump on Tuesday when lawmakers sparred for hours over witnesses and records for the historic proceedings, according to Nielsen ratings data. The total fell short of the roughly 13.8 million viewers across 10 broadcast and cable television networks who tuned in last November for the first day of the House of Representatives impeachment inquiry into Trump.”

Now, by the way, 13.8 million over 10 different networks, that is chump change. Why, that’s barely over a million viewers per network. The Associated Press says the networks did not consider the Democrats to be ready for prime time. They pointed out the networks stuck with their regular programming. ABC, CBS, NBC bumped out. It was so boring, and it was so tedious, that they went back to regularly scheduled programming.

Then Reuters is back with a report on the audience for the second day, which dropped 19%. So the first day about 11 million minus 20%, 8.9 million TV viewers watched the impeachment trial on Wednesday. That’s the first day the Democrats laid out their case. What you know the excuse is? The Drive-By Media is saying people are not watching ’cause they know Trump’s gonna be acquitted.

By the way, I got a note from a very, very, very big, very wired Republican campaign official who said to me, it was in an email: “Hey, don’t forget, we won New Jersey in ’88.” That would Poppy Bush. We won New Jersey with Ronaldus Magnus in a 49-state landslide. We won New Jersey, I think, one of his elections. But we won it in 1988. And the point is, hey, don’t discount it, New Jersey going red. It has been done. 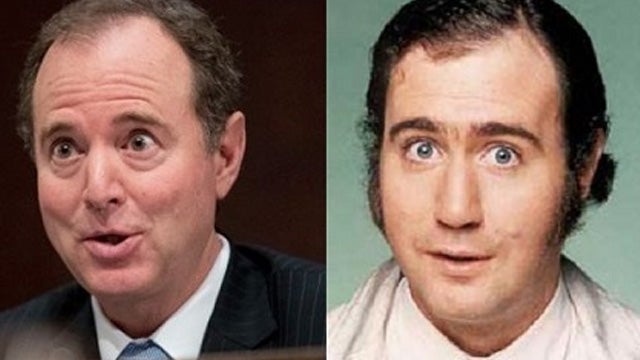 Anyway, this is New York Magazine: “Ratings Show Americans Don’t Care About the Impeachment Trial Enough to Watch It.” Oh, folks, the wind, the air has gone out of the sails. They were so excited. They were so happy. They were so anticipatory. This was gonna be it. This was where it’s all gonna come together, all of the efforts from the Democrats and the Drive-By Media where they’re gonna focus all of their hatred for Donald Trump and all of the criminal activity, finally it was gonna be presented in a way that the average American will be able to understand it. Problem is, the average American is not watching.