RUSH: Bill in New Orleans. Welcome, sir. Great to have you with us. You’re next.

CALLER: Oh, my God, Rush. This is a top-three bucket list item I can now check off.

RUSH: Wow. I appreciate that, sir. Thank you. 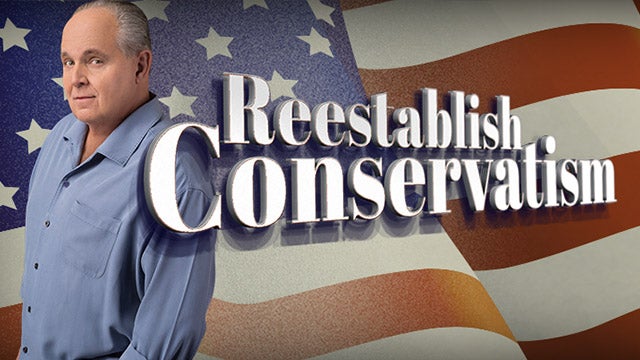 CALLER: Rush, why can’t Republicans get younger, more conservative people to run against these RINOs so I don’t have to hear this tired tripe from Romney and Murkowski and Collins and Gardner? Don’t we have returning veterans that are coming back that would capture the interests of us conservatives? I’m so tired of hearing all of these establishment RINOs.

CALLER: Why can’t we get someone else?

RUSH: This is an actual interesting question. Have you taken a look at the average age of the Democrat frontrunners?

RUSH: No, wait. I’m serious about this. Don’t… I’m not being flippant here. This says something. Bernie Sanders looks like he’s 95.

And guess who Bernie’s number one support group is? It’s young people! Now, I don’t know if you’ve noticed this, but now that I have brought it to your attention, do you have a reaction? Why do you think this is? Why are these old fossils — who look like old fossils! Why are they not automatically rejected by the youthful, young, vibrant, hip progressives of the Democrat Party?

CALLER: Because they’re being taught and they’re being indoctrinated from our universities, now even middle school, high school, that the Democrats are the way to go if you’re young, because they think like you do, and you should be thinking this way. I guess on my side, on the Republican side, it’s more about, “Can’t we find people that believe in conservatism like we do, regardless of age? I’m just tired of hearing about Romney and Collins and how they’re not really Republicans.” (crosstalk)

RUSH: Well, why do…? The reason you hear about them is because the media focuses on them precisely because they undercut the Republican Party.

RUSH: That’s why you hear about them. The media wants them to be traitors. The media wants them to go against their own party. So they make them out to be super stature, very learned and so forth. They’re being manipulated to go against their own party — and if it weren’t those four, they would find some others. But look, now you’re into questions of incumbency and how hard… You ask, “Why can’t some returning veterans run against these guys?”

One of the most difficult things to overcome in politics is incumbency. Do you know what the incumbency return rate in the House of Representatives is? I’ll bet a lot of you don’t. It’s 95%. Ninety-five percent of incumbents win. Now, in 2018 something like 55 Republicans retired. So that meant 55 seats that were pretty much automatic Republicans were lost because the incumbency factor was lost, and then now you’re up for grabs. 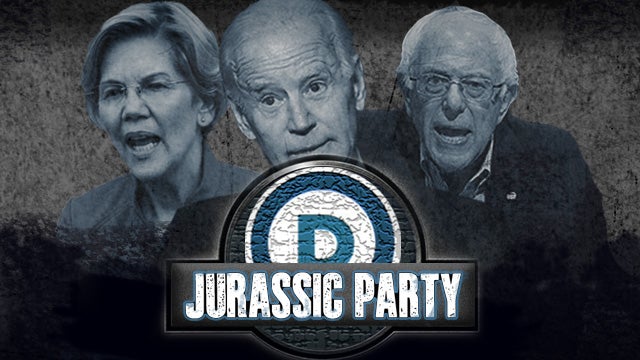 You gotta actually campaign. Voters look at two people they don’t know, the Democrat and the Republican, and it was a big deal — and there were some Republicans retiring before the next election in 2020 in the House. But look, that’s one reason why, and it’s the same thing in the Senate. It’s not quite the same return election rate in the Senate, but it’s high. Incumbency. Because of fundraising, it’s just easier to give gobs and gobs and gobs of money to people already there, who have a track record of paying off on the donations and contributions that they get.

You talk about Collins and Murkowski. They’re actually young compared to the Democrats. Look at the Democrats. You’ve got Pat Leahy. These Democrat senators are as archaic as their presidential candidates. Now, where I was going with this — and I understand your frustration. But if it weren’t Collins and Murkowski and Romney, it would be whatever other Republicans are showing an interest in hating Trump. The media would focus on ’em and build ’em up and attempt to manipulate them into voting against Trump on legislation or witnesses, in this case, for the impeachment trial.

But why is it that in politics…? Everybody says politics showbiz for the ugly. You’re not gonna have somebody… Where is the equivalent of Bernie Sanders in Hollywood, for example? Where is the Jurassic Park leading man in Hollywood? There isn’t one. Hillary Clinton? Elizabeth Warren? Come on, folks. Let’s be real! We’re talking about ancient people here, and they are the frontrunners, and they are considered to be the ones with the greatest chance of winning. Obama was a rarity, came along young.

But that was the race factor almost exclusively there in determining why he was selected in the primaries and why he won the presidency. When it comes to politics, there’s something about age that I guess to people equals experience. But whereas almost everywhere else in American life and American society the elderly are cast aside, they’re thrown away, they’re put in the home or they are put in a room in the basement or the attic… I’m not trying to be mean here. I’m not trying to be descriptive.

I’ve always maintained that the elderly are one of the greatest sources of wisdom young people have simply by virtue of the fact that they’ve lived longer than the young people that they are talking to and can impart all kinds of wisdom and knowledge if they still have their wits about them and so forth. But outside of politics, this is a culture and a country that’s about youth. It’s all about the young. It’s always been. It’s nothing new here, and you could say that that is an apt description for life in general — certainly in athletics.

I mean, once you hit 30 in professional athletics, you’re on the downside. There are exceptions, but once you hit 30, you’re done for. You’re peaked. Your best days are usually behind you. It’s just the way it is. You have more energy, you have more resiliency, you have a lot more of what it takes for strength and endurance when you’re young than when you are an elderly, seasoned citizen. Now, Americans are living longer, and they’re living healthier longer. But our culture still discards the elderly.

Again, I’m not trying to sound critical of it. I’m not trying to be insensitive to it. It’s what it is. Yet in politics, the old white-haired guy is considered to be filled with experience and wisdom. I mean, it doesn’t even cross anybody’s mind that Crazy Bernie is crazy and old. You don’t find Bernie Sanders supporters running around wishing he were 35 or looking for the 35- or 40-year-old version of him. Why is that, do you think? And you find the Republican Party actually, in terms of its… 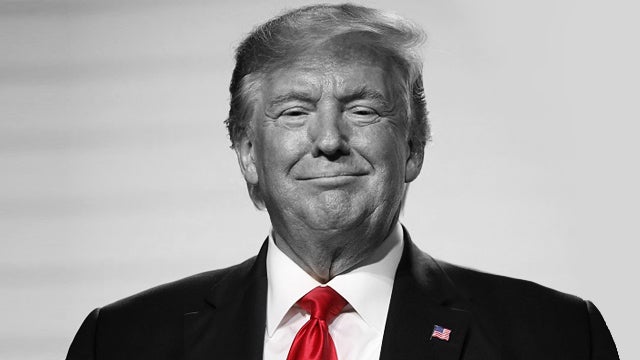 Trump is 73 going on 50, if you ask me. Trump’s in a league of his own. Energy, resilience, strength, there isn’t anybody on the Democrat side who can keep up with him. Even if they’re younger than he is. But when you start talking about age in elected officials, the Republican Party’s actually younger than the Democrats, and yet young people glom onto these dinosaurs and think Republicans are a bunch of stodgy, buttoned-down old fools.