RUSH: This is Dave in Harrisburg, Pennsylvania. Glad you waited, sir. Great to have you. Hi.

CALLER: Thanks, Rush. You know, as frustrating as the impeachment is — and it is frustrating — I’m looking at the other side. Trump’s fundraising is through the roof, his support is being galvanized more and more every single day. This is blowing up. Let Sanders and Warren have to waste all their time instead of giving the country away while they campaign. I think… As much as it’s frustrating, I think it’s not hurting him at all.

RUSH: Well, this is true. When you say “it’s not hurting him,” yeah, in polling data, it isn’t, which is important, in economic job performance approval polls, it’s not hurting him — and it’s clear that the Democrats are fully aware that the American people don’t care. As I say, a perusal of all media before the Bolton leak in the New York Times yesterday would show media despondency. In fact, Fox News has a poll: “Record Economy Ratings as Voters Credit Trump.” Now, that is new. 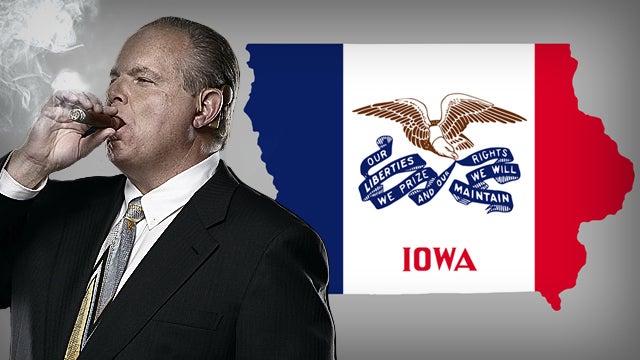 We’ve had great polling numbers on the economy for a while, meaning people are living it. Therefore, they are reporting great economic attitudes. “Voters give the economy its best ratings in nearly [twenty years] in the latest Fox News Poll…” What’s new about it is that they are crediting Trump for it. “[A]s his impeachment trial begins, Trump’s job approval holds steady… The poll, released Sunday, finds 55% give the economy positive ratings (excellent or good). It’s been 19 years since this many felt as positively” about the economy.

“In addition, a new high of 20% say the economy is in ‘excellent’ shape, up from 14% in October 2019.” Again, here’s the clincher: “[T]he bulk of voters credit Trump for the economy. When asked to say who or what they think is most responsible for the current economy, without the aid of a list,” it’s not a multiple-choice question that pollsters present, “the top answer is Trump and Republicans (42%). Next,” and I’m not making this up: 42% say the reason economy is gangbusters is Trump and the Republicans.

Next is 9% Barack Obama and the Democrats. So 42% think Trump is the reason; 9% think Obama and the Democrats. That 42% number is what’s new about this, and it’s just a further blow to the Democrats who are using all of this to try to separate Trump’s voters from Trump. I mean, that’s really what this is about, is trying to bust up the Trump coalition. So our guy here on the phone is correct. But I’m not sure that the longer it goes, the better. It’s six of one, half dozen of the other, I guess. But I just… I would like to see it end. I’d like the Democrats just to have this end as a slam dunk.

But, remember, there’s gonna be something else.

There’s 10 months to go, and there’s gonna be a bunch of something elses that they will launch after this particular phase — and let me remind you of my prediction last week. I gotta go quickly here. But I think this all ends this week, and I think it ends this week ’cause the Democrats in the Senate running for president have got to get out and campaign for the Hawkeye Cauci, which are a week from today. Maybe tomorrow. I’m not sure which. But it’s next week. They are gonna have one weekend left to campaign.

Crazy Bernie, Fauxcahontas — who, by the way, got the Des Moines Register endorsement because she doesn’t lie.