RUSH: Here’s Jeff in Parsippany, New Jersey. Great to have you, sir. Hello.

CALLER: Thank you, Rush. An honor and a privilege. I appreciate it. Yeah, I wonder, you know, as to all the talk about Romney today, you know, if America realizes what a debt of gratitude we owe Mitt Romney. Because, you know, Rush, if Romney hadn’t taken the dive that he took in 2012 — i.e., taking the advice of his advisers after he destroyed Obama in the debates and took it easy on him after that, and then handed Obama a second term on a silver platter — America never would have been given Donald Trump. So, thank you, Mitt Romney, ’cause if you had won that election —

RUSH: Wait a minute. Wait just a minute. I’m fascinated by the way people think; I’m on record as having said that. But this, I need… You think that we should collectively thank Mitt Romney for running and losing campaign —

CALLER: That’s right, Rush. Without four more years of “the whistler,” okay, without four more years of Obama, we never would have gotten Donald Trump because after that four years America was running so fast and so hard in the opposite direction of anything Obama and Clinton, then we never would have had Trump if Romney would have won that election. There would be just one more deep state, establishment Republican.

RUSH: I understand that the second term of Obama ended up being a booster and beneficial, but thanking Romney for losing?

CALLER: When he did as well as he did —

RUSH: He’s running around, “Hey, if you want to appoint me, I’ll serve.” That’s the only chance he’s got.

CALLER: Well, now we know, Rush, in 2012, looking back, it’s obvious he really didn’t want to win that election ’cause —

CALLER: You think so?

RUSH: He did want to win that election. He wanted to win it so bad, he came here and told me that he was an extreme conservative, thinking that would tell me how conservative he was. 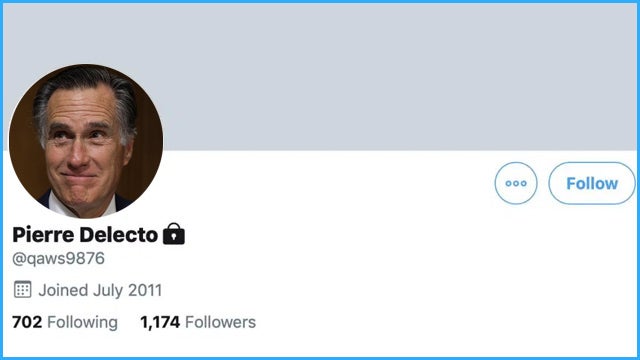 CALLER: Well, I have to… Uh, uh, I have to respectfully disagree with the Maha on that one, and now has to go back into my cave and rethink my position.

RUSH: Well, you can go back to the cave. You don’t need to go back. I’m telling you, Romney wanted to win. He can taste it. He still wants to be president. What the hell do you think this is all about? Running for the Senate from Utah? By the way, we ought to find out if there’s any buyer’s remorse in Utah over this. Nah. He wanted it. Don’t doubt me on this, Jeff. He didn’t lose on purpose.

He might have gone easy on Obama so they wouldn’t call him a racist. But he didn’t go easy on Obama to lose. He went easy on Obama because somebody convinced him that’s what he would have to do to win, that it just didn’t look good. “You can’t beat up girls, and you can’t attack the first black president. You can’t do it, Mitt. You gotta find another way.” If you really want to thank anybody, thank Candy Crowley. But don’t thank Mitt Romney.