Why We Need to End This Trial ASAP

RUSH: Denver and Samantha. Great to have you, Samantha. Thank you for waiting. Hi.

CALLER: Hi, Rush. Such a pleasure to speak you.

RUSH: Yeah. Great to have you here, too. 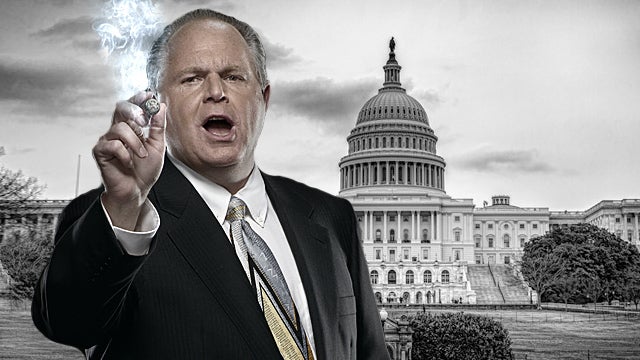 CALLER: (chuckles) My question is, I know that you and others have made the argument that getting through this trial as quickly as possible is beneficial. We don’t want to drag it out any more than the Democrats have dragged it out. You know, it could be potentially damaging to, you know, voter turnout and whatnot. But my question is —

RUSH: No. That’s not… I don’t think that. That’s not why. But go ahead. I don’t want to stop you. Go ahead. I’ll explain later.

CALLER: Yeah, that’s kind of a separate thought. But my question is we have this unique opportunity that Democrats have pretty much pushed themselves into to put people on the stand under oath and really start exposing the corruption that’s there. Do you feel that, you know, that’s enough of a benefit to, you know, really try to dig into this trial and use it for that purpose?

RUSH: Well, you know, I thought I had an additional minute. I misjudged the clock here. So I’m gonna have to answer you after we conclude the call. It’s possible, and I know the Democrats don’t want that, which is what makes it intriguing to you. The same potential opportunity exists in the next phase of this, which is questions. The senators get to ask questions of both the House managers and the president’s lawyers, and that is maybe a way to treat Schiff as a witness, even though you don’t call him as a witness. But let me expand on this when I have a little bit more time. Samantha, thank you very much. It’s a great point, and I’ll address it when we get back.

RUSH: Look, very quickly: This is the impeachment trial of Donald Trump. No matter what happens at it, that’s what it is. It needs to end with the acquittal ASAP. The purpose of this is not to investigate Democrats. Nobody’s watching this anyway.

RUSH: Okay, during the break here at the top of the hour, one of the things that I picked up on — and this is a good point. I want to go back to our previous caller. The previous caller said, “Look, Rush, I know that you want this over. You want the acquittal to be done with it. But wouldn’t witnesses be a golden opportunity to bring in all of these corrupt Democrats — Plugs Biden and his kid Hunter — and just blow ’em up and just let everybody know what’s going on?”

I don’t think that would happen. But even if it did, I’m not in favor of this prolonging itself, because we know what the end of this is. The end of this is an acquittal. To my mind, there is no reason to prolong this. The purpose… This is the impeachment trial of Donald Trump. This is not Senate hearings into the corruption of Hunter Biden and Joe Biden, and to try to turn it into that? (sigh) I just think that’s… I think it’s stay focused on what this is, get the acquittal — and then, if you’re hell-bent, do Senate hearings on Biden.

There’s nothing stopping the Republicans. They run it. Do Senate hearings on Hunter Biden. Senate hearings on the corruption in Ukraine, it’s perfectly within their purview to do it. The longer this goes on, the continuing opportunity the media examine the Democrats have to dirty up the acquittal. They know there’s gonna be an acquittal. There isn’t any other outcome here that is remotely possible. I mean, you’ve got maybe one-tenth of 1%. 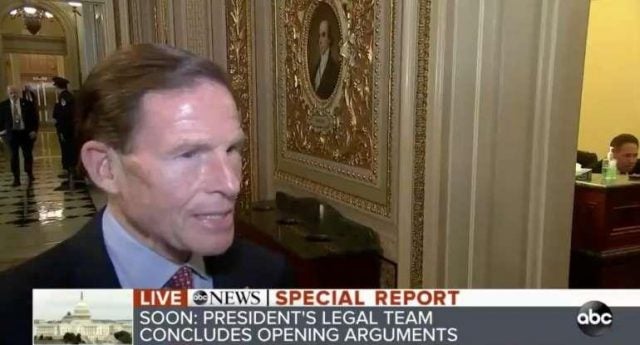 But it would take far more than is known now. As we’ve had indicated, even the Democrats realize no evidence has been presented yet! Da Nang Dick Blumenthal, Connecticut, says (summarized), “There’s no evidence. We just sat through a presentation bereft of facts and evidence.” So here’s the thing. They want Bolton and they want a whole bunch of other people. They want witnesses that the House didn’t call, by definition.

Now, do the United States senators really want to permit a precedent to be set for future impeachments where the Senate will call witnesses that a House team of managers does not present and does not call and does not work with themselves? That, to me, is something that somebody like Mitch McConnell — who loves and adores the Senate. He’s not gonna sit there and permit this. This is not at all what is intended. The House doesn’t get a do-over when they don’t have a case.

The House doesn’t get to show up and present a fact-free case with no evidence — and then demand the Senate go out and call additional witnesses that the House didn’t call? Sorry, folks. No way. I can’t support that. I don’t care what the end result of it would be. What happens if Hunter Biden comes in and takes the Fifth Amendment, pleads the fifth? You don’t hear from him anyway. All you get to do is presume he’s guilty. But the whole point of exposing the corruption of him and his dad? (sigh) I mean, I understand the desire to see that. Don’t misunderstand.

There’s nothing here, and so allowing this thing to go on and on and on for the purposes of dirtying up the acquittal… I mean, where we in favor of the Kavanaugh hearings continuing so we could dirty up Blasey Ford? We wanted that over with! We knew what was happening there. It was a trick. It was aimed at sullying and dirtying up Kavanaugh so that his time on the Supreme Court would be subject to disrespect and disrepute.

But still, the nature of precedents is such that this is… We’re already way out of bounds on what an impeachment trial is supposed to be. Now, what’s coming next? Senator questions for the legal teams! Now, the way this works is kind of like the way I used to do it during the Rush to Excellence Tours. I would take questions from the audience sometimes. I didn’t do it all the time, ’cause you never know they’re gonna be any good. What I did is ask the audience to submit their questions in writing. We’d give ’em cards as they filed into the 10,000-to-15,000 seat arena. 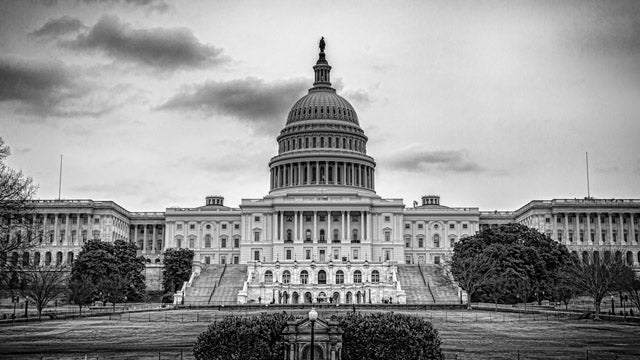 They’d fill out questions on the cards, they would pass ’em to people who then — while I was doing the show — would go through the cards and trying to pick some of the best questions. And at the end, they’d bring the cards to me on stage, I’d go through them, and that’s how I would choose to answer questions. It’s a losing proposition if you do it by handing a microphone to the audience and they start asking questions. You lose control of it. You never know what people are gonna say. Well, the same thing’s possible here in the Senate.

You know, they can ask him questions as though he were a witness, but it’s like gonna be up to the chief justice to permit that question or those questions. But more importantly, there is no follow-up, and each answer has a scheduled maximum time limit of five minutes. So whoever is answering the question cannot go off on a the filibuster. The chief justice can shut it down after five minutes — and whatever the answer is, that’s it. There is no follow-up. Nobody gets a follow-up. So it probably isn’t going to be loaded with fireworks like everybody thinks.

But there are 16 hours allotted for this: Eight hours for Democrats to ask questions of the president’s lawyers and eight hours for the Republicans (or anybody) to ask questions of the Democrat House managers. Now, that’s 16 hours. That’s two, eight-hour days. So theoretically — this is Wednesday — it’d be over by Friday. Technically, if you get to the end of this week and have the vote on witnesses, it will be over. I still think this will be over this week ’cause of the Hawkeye Cauci.

RUSH: Let me assure with you some headlines here. “Lawyer Says Parnas Cannot Attend Senate Trial Due to Ankle Bracelet.” So? Who cares! Who cares if Lev Parnas can attend the trial or not?

The manuscript isn’t enough. Meanwhile, Adam “Pencil Neck” Schiff was on PMSNBC yesterday, and he said (paraphrased), “Well, no wonder Bolton didn’t want to come testify! He’s got this book out there. We didn’t know that. We would have loved for Bolton to come testify during our impeachment investigation, but he refused,” adding that “it’s pretty clear now why he wouldn’t testify. He had a book that was being vetted.”