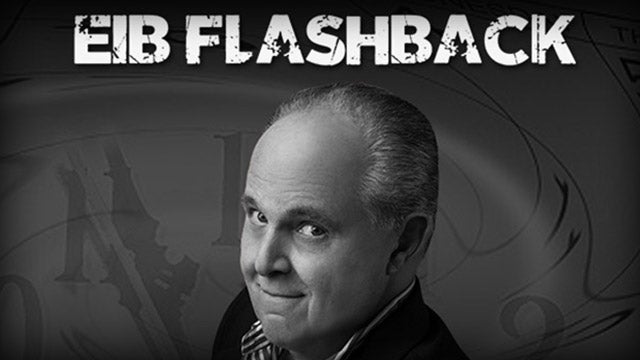 I guess Radio Free Europe and the Radio Liberty websites are not visited often by people. So we’ve done two things with this. The first sound bite here is Bolton talking about Trump’s call with Zelensky. Now, let me put this in perspective just to make sure you know. Trump has characterized the call as “perfect,” everything on it was fine. There were 20 people on the call, folks. There were 20 people monitoring the call. It happened in… I guess it was July or early August. The dates run together.

It wasn’t until a bunch of other efforts to get Trump bombed out that they went to this whistleblower. Vindman tells Ciaramella about the phone call. Ciaramella then goes and tells Schiff about it. They characterize it as shocking, terrifying, frightening. “Oh, my God, I can’t believe what our president did!” Trump releases the transcript and blows that sky-high. There’s nothing to see. So now the effort to mischaracterize what Trump said. “He’s engaging in bribery! He’s trying to further advance his own political interests by sabotaging Plugs’s 2020 campaign.”

All of that surfaces and takes on a life of its own. Then Bolton’s book vetted by the NSC, and an anonymous source leaks to the New York Times that John Bolton said that Trump did indeed tell him that he wanted to withhold aid to Ukraine until they did their investigation of Plugs. But he didn’t withhold aid. Ukraine got the money. You know the drill. Well, so now, given what the leak and the New York Times has Bolton saying, here’s Bolton — everybody’s believing — hating Trump, just savaging Trump, just destroying Trump.

Here’s Bolton characterizing the call — and there are two of them — as he heard them. 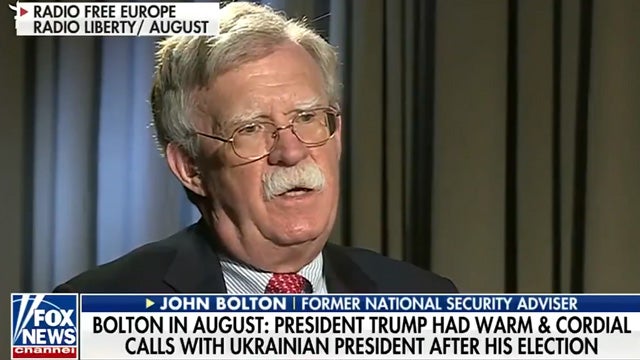 BOLTON: I will be meeting President Zelensky. He and President Trump have already spoken twice. President called to congratulate President Zelensky on his election and then on his success in the parliamentary election. They were very warm and cordial calls. We’re hoping that they’ll be able to meet in Warsaw and have a few minutes together. Uh, because the success of Ukraine maintaining its freedom, its system of representative government, a free-market economy free of corruption — and dealing with the problems of the Donbass and the Crimea — are high priorities here, obviously, but high priorities for the United States as well.

RUSH: All right. So as far as Bolton was concerned, nothing happened here on this phone call. Both of them were perfectly fine, made perfect sense. He’s hoping that Trump and Zelensky get together in Warsaw. The success of Ukraine maintaining it’s freedom, system of representative government, free-market economy free of corruption, all high priorities. Now, what we’ve done next is we’ve put together an A-B, side-by-side montage of Bolton and Trump’s description of the call. You’ll hear Bolton and then Trump, Bolton and then Trump.

Let’s do this here and let’s see how they match up.

BOLTON: He and President Trump have already spoken.

THE PRESIDENT: That call was perfect.

BOLTON: The president called to congratulate President Zelensky on his election and on his success in the parliamentary election.

THE PRESIDENT: It couldn’t have been nicer.

BOLTON: They were very warm —

THE PRESIDENT: People said, “I never knew you could be so nice.”

THE PRESIDENT: When you see the readout of the call, you’ll understand. That call was perfect. That was a perfect call. 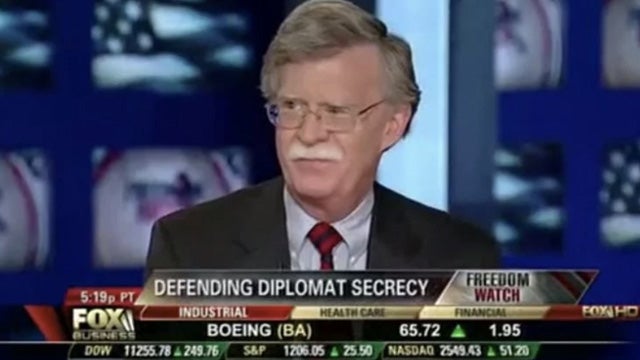 RUSH: They kind of lined up there, folks, with the way Trump characterized the call. Of course, the transcript’s been released anyway; so now you’ve got all kinds of people saying, “Oh, wait a minute. Then when did Bolton say that Trump actually did want to withhold the aid?” I mean, this bite from Bolton in the interview with Radio Free Europe and Radio Liberty doesn’t jibe. You might say, “Well, he’s lying in one of the two.’

Okay, that doesn’t… If he’s lying in one of the two, then he’s lying somewhere. So here comes a witness that already — before he even shows up — may have a credibility problem. There’s another flashback video. Let’s go back to 2010. Fox Business Network. The name of the show is Freedom Watch, hosted by the human Eddie Munster — that’d be Judge Andrew Napolitano — and Judge Nap said, “Do diplomats simply and regularly tell lies?”

BOLTON: Never forget what the great French diplomat Talleyrand once said, foreign minister of France in the Napoleon era. He said, “A diplomat is a statesman sent out to lie for his country.” Winston Churchill said during World War II that “in wartime, truth is so important, it should be surrounded by a bodyguard of lies.”

NAPOLITANO: You would lie in order to preserve the truth?

BOLTON: If I had to say something I knew was false to protect American national security, I would do it.

RUSH: This is the witness that they want. Look, what he’s saying here is right on the money. I don’t want anybody misunderstanding me, and I’ve got no axe to grind with Bolton. As I have mentioned over the course of the past, the recent days, I’ve known him. I’ve had dinner with him a couple times. I’ve always admired him, and I always thought he was on, quote-unquote, “our side.” So all of this was kind of puzzling to me.

But, you know, you throw somebody an opportunity to make big money when they’ve never made big money in their life, and it’s a big inducement, folks. It is a huge inducement. In fact, do you know what I saw? It’s something unrelated. I saw… Who was it? Mark Cuban, Shark Tank, Dallas Mavericks. He said (paraphrased), “If Meghan Markle and what’s his name — yeah, Prince Harry. If they play it right, they could end up with a billion dollars.” For what? If they play it right? I have no doubt that he’s right about that.

There’s all kinds of people that will lavish these people with billions or millions, hundreds of millions of dollars to get ’em to do what they want because they’re considered to be great influencers. I’m just telling you… What about the possibility that the lure of that kind of money makes these two want to say to the royal family, “Screw you”? So my point is, if somebody comes along and offers Bolton a huge amount of money to do a book — and you’ve worked for government all your life, and you haven’t yet parlayed that into big money in the private sector — it’s a powerful influencer on its own.

RUSH: Let’s go back to 2005 on Crossfire. Remember that old show? Schiff was on Crossfire in 2005 talking about Bolton. 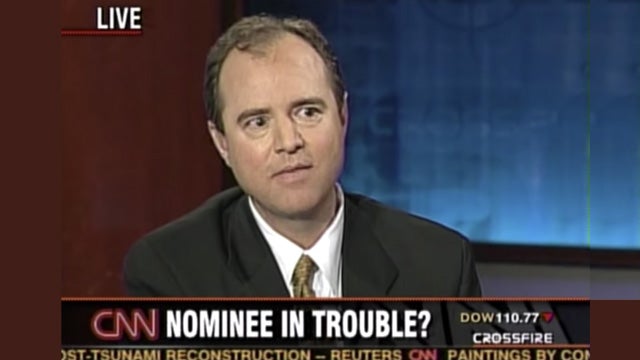 SCHIFF: Particularly given the history, uh, where we’ve had the politicization of intelligence over WMD, why we would pick someone, uh, who the very same, uh, issue has been raised repeatedly, and that is John Bolton’s politicization of the intelligence he got on Cuba and on other the other issues. Why would we want someone with that lack of credibility, I can’t understand.

RUSH: Exactly, Schiff! (chuckling) So back in 2005… Now, admittedly, it’s 15 years ago, but Schiff is attacking Bolton. No credibility. He was involved in this WMD hoax! By the way, the “politicization of intelligence over WMD”? Remember the…? People have forgotten, and I’ll remind you of my previously expressed speculation — and that’s what it is. Knowing what I know now and knowing what I’ve seen now, you go back. Weapons of mass destruction were a reason we had to go get rid of Saddam, right?

After 9/11, we had to go to Iraq. They had weapons of mass destruction! They had nerve gas. They had chemical warfare agents. They had… Oh, it was horrible stuff — and the intelligence agencies all over the Free World were in agreement. The CIA, the DIA, the NSA, MI5, MI6, all of the U.K., all of the Western European democracy intelligence services — every one of them — agreed: Weapons of mass destruction. There weren’t any to speak of.