The New Abnormal: Ted Koppel and Walter Isaacson Have Lost Their Minds

RUSH: Let me show you how wacko these people are getting.

Grab sound bites number 19 and 20. Tuesday on PBS, Christiane Amanpour has a show. She’s all over the place. She’s at CNN. She’s over in the Middle East. She’s in the U.K. She’s doing foreign policy stuff. She’s a journalist and expert in foreign policy. She’s interviewing for her show Amanpour & Company. Walter Isaacson and Ted Koppel, former moderator, host of Nightline. Here’s the question to Ted Koppel: “Do you think there is any way that the country gets back to what I guess you and I would call ‘the old normal’?” 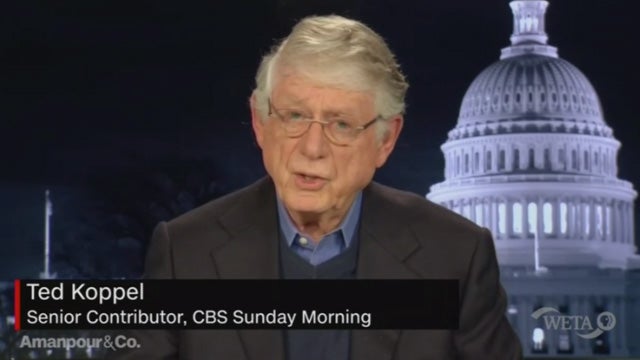 KOPPEL: Let’s say, for the sake of argument, that whoever the Democratic candidate is defeats Donald Trump in November. Do you think he will be a gracious loser? Do you think that he will accept defeat and reach out the hand of friendship to whoever is going to replace him? I don’t think so. Can I see Donald Trump at that point making the argument that, uh, the election was stolen? Possibility. And I think there are, unfortunately, millions of people in this country today who would respond to that. Could it lead to violence? Yes, it could!

RUSH: Donald Trump is the guy they’re trying to throw out of office, claiming that he stole the election, claiming that he colluded with Russia, claiming that he was a traitor. It’s all been found to be baseless, and now here they are speculating, “If Trump loses, he’s not gonna leave. He’s gonna become Hitler! If Trump loses, he not gonna leave and he’s gonna accuse the election — he’s gonna accuse the whole thing of being rigged. He will not be gracious!” You know, it’s stunning. Back in the campaign of 2016 — the last debate, I think it was, Clinton and Trump.

They asked Trump (paraphrased exchange), “Will you tell us right now…?” It’s like a week or two before the election. “Will you tell us tonight that if you lose the election, that you will concede and you will go away?” And Trump said, “Hell, no. I’m not gonna tell you that tonight. I’m not gonna let you have a headline that says, ‘Trump Concedes Election in Final Debate.'” Trump was smart enough not to fall for that question, and Hillary made a big deal from that point on about how Trump is a threat to democracy.

(impression) “Uh, do you think there is any way that the country gets back to what I guess you and I would call ‘the old normal’?” What is “the old normal”? You and I all know what “the old normal” is: The Washington establishment running things with very little input from the American people. That’s what really upsets them. The American people have too much say in what’s going on here by virtue of electing Donald Trump, and Donald Trump’s committing one of the greatest sins in politics. He’s actually doing what he said he was gonna do!

Why isn’t all of the improvements that have happened in this country culturally, socially, economically, why are all of those things not the great new normal? What the hell “normal” do these people want to return to. Barack Hussein O? Let me find something here, folks, a quick headline. Time is just racing by. We got Vice President Pence on the program from Iowa, by the way, in the next hour. Here, look at this. Look at this. “U.S. Life Expectancy Increases for the First Time Since Obama Left Office.”

Okay, the headline doesn’t really say that but that’s what it means. Let me read you the real headline: “U.S. Life Expectancy Increases for the First Time in Four Years.” Well, what happened four years ago? Obama lost and he got out of there. Why isn’t this a great new normal? U.S. life expectancy increases! Why? “Fatal drug overdoses dropped in 2018 for the first time in nearly 30 years. Cancer related deaths also declined.” Life expectancy — one of the greatest things about the human condition in free countries.

The standard of living, life expectancy increased off of the in four years. Do you realize life expectancy was declining during the Obama administration? Why is this not a great new normal instead of something we have to abandon and go back to something that was not nearly as good. We have time? Yeah. Here’s Walter Isaacson. He was on the same show. This the guy that wrote the biography of Steve Jobs. He’s written a lot of biographies. I know Walter Isaacson. He used to run CNN.

He tried to hire me to do stuff there ’til people found out about it; then he needed security in his own building to get from his office to the commissary without being mauled by his own staff. He runs something called the Aspen Institute. Listen to this. The question is, “Do you think there is any way that the country gets back to what I guess you and I would call ‘the old normal’?” and Koppel says (summarized), “I don’t think Trump’s gonna leave if he loses. I think he gonna a big problem!” That’s when Isaacson joins in… 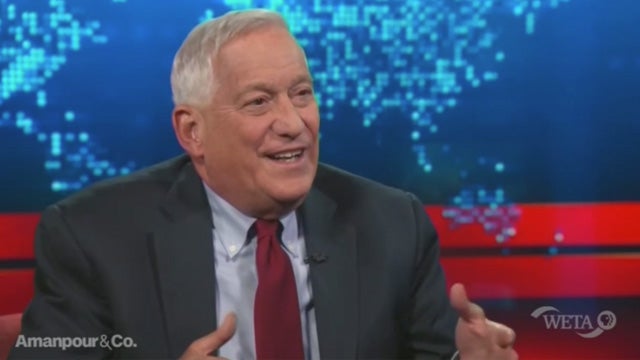 ISAACSON: Your family, your parents escaped Germany I think in 1937.

ISAACSON: Got to England. Is that comparison in any way valid?

KOPPEL: I don’t think so. No. There is still something unique about America and the many, many voices… I mean, so far, at least. That’s why it bothered me so much when some people on the left began talking early on about “the resistance.” We’re nowhere near that in this country yet. And, no, I don’t see that yet. Is it possible? It’s not beyond possibility that we could slide more in that direction. But do I see a precise parallel with Nazi Germany? I do not.

RUSH: Do you believe this? These clowns are actually discussing whether or not Trump represents the United States on a trajectory that would take us back to Nazi Germany. Koppel, thank goodness, says, “Not yet.” But he reserves the right to change his mind. These people are losing their minds.

RUSH: Hey, Ted Koppel, if Trump loses in 2020, do you think he’ll storm the Electoral College like Hillary inspired the Democrat voters to do, which you probably supported? I mean, I’m just asking out there.