RUSH: Folks, it was such a joyous occasion. It was unbelievable and something for which not only me, but my family will be eternally grateful for. It’s a very, very special moment indeed. And I thank, again, the president and his family. Vice President Pence called after we left the Capitol and were on the way back to our super-secret location and where we spent the rest of the week.

Oh, one thing. Do you remember later in the evening there was a young mother and her — I think it was two kids sitting just to the left of the first lady. We met her. She was in line in front of us for the photo with the first lady at the White House before we all got in the bus to go over to the Capitol. 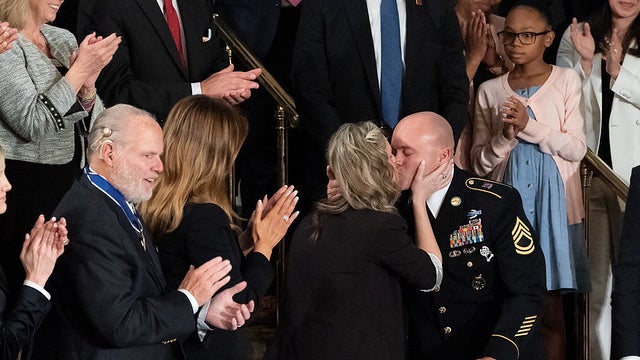 And she was so sweet. I don’t want to say she looked sad because I don’t want to mischaracterize her. She may not have been sad, but she clearly is there with her kids, her husband is away in Afghanistan. She’s in the gallery because he and she are going to be recognized. She has no idea the president has flown her husband back, and he’s waiting outside the doors to come down the steps.

And when the president announced that, I mean, the place just erupted. And her face lit up, and her kids were the happiest you’ve ever seen a couple of kids. Sergeant Williams came down the steps, and he hugged his two kids, and she was beside herself. I mean, call it a show, if you will, but it’s more. This is the kind of thing that has deep meaning to people.

And the thought, the idea to do something like this, to extend this kind of honor to people defending the country, I maintain that this is another example of the essence of Trump and his administration and how he has an absolute bond of connection with the people responsible for making this country work. 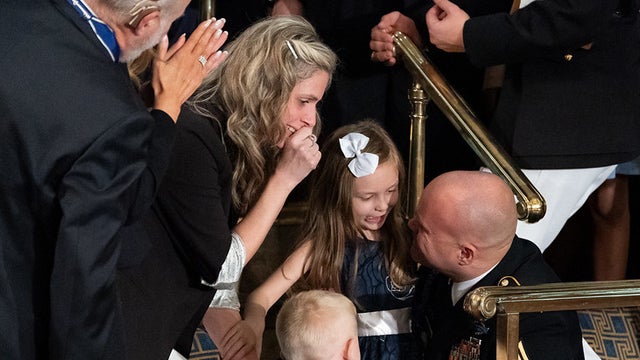 And, as we were walking out, I met Sergeant Williams and posed for a photo. And I jokingly said, “Do you guys have a place to stay tonight?” I was wondering. She didn’t know he was coming, and so she looked at me and she nodded, said, “Yeah, we do.” But that moment, when that was announced and he came bounding down those steps and the look of joy on his kids, oh, heart melt city. 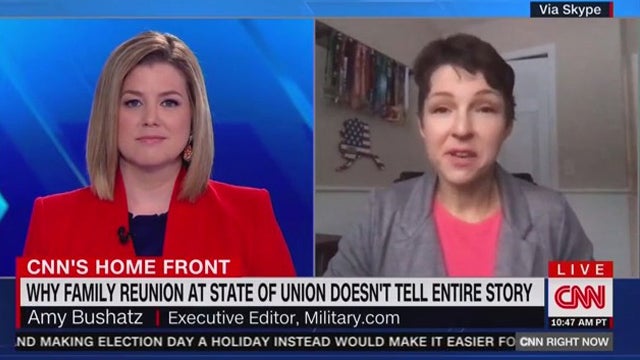 I was gonna get ’em a hotel room; then I stopped and said, “No, the president has obviously done that. The administration’s taken care of that.” So, I didn’t say anything, but that was my concern. The last thing in the world that would occur to me is to find a way to rip and criticize them. But they just keep on. I don’t know who they think they’re reaching and what they think they’re accomplishing.