RUSH: Ah, my friends, this is so much fun to watch. Now, you know that Roger Stone was given a sentence of seven to nine years for bragging about knowing Trump and WikiLeaks and whatever the hell else they think he did. And the Drive-Bys, it’s about all they were gonna get out of the Russia thing is Roger Stone going to jail for seven — that was gonna have to do, that was gonna have to suffice for victory. 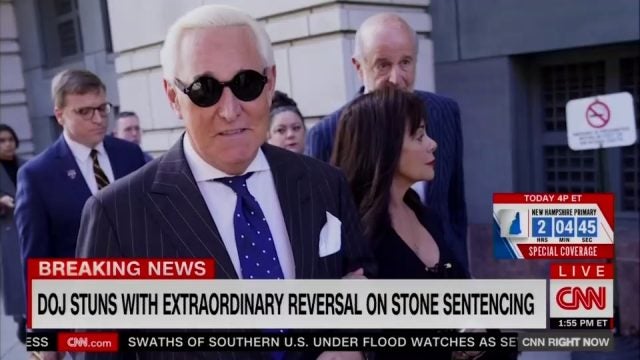 Well, they are about to blow a gasket in the Drive-By Media ’cause the DOJ just announced that seven to nine years is excessive and that they’re gonna drastically reduce it. And so CNN’s got a whole panel convened, “Can you believe? This is just not done. The DOJ does not countermand judicial sentences like this. This is more Trump corruption.” They’re driving themselves crazy. Trump is driving them nuts. And I have to tell you, it is entertaining to watch.