RUSH: So for those of you watching on the Dittocam — that means you are a subscriber, a member at Rush 24/7 — keep a sharp eye here. ‘Cause I saw a — in fact, Brian, when I point at you, not now, but the next time I point, that’s when you do the switch, okay? I shoulda done this before the segment began, but what the heck, I mean, given the instructions. We’re trying to make it real tight here, you know, look like TV broadcast professionals. 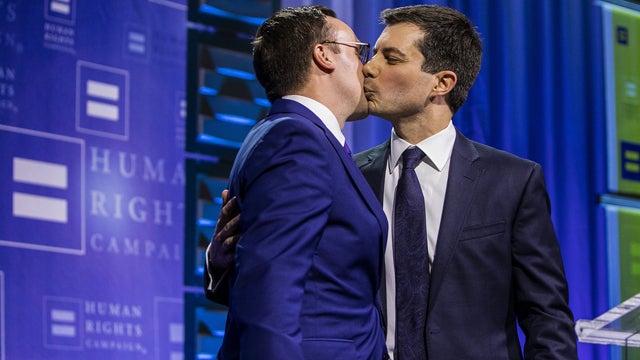 Now, what are you shaking your head at in there? I mean, natural conclusion. So, he says Trump causes problems for parents. What about that? If you’re not watching on the Dittocam, what it is, a picture of Mayor Pete kissing his husband, which he does frequently.