O Say Can You See Ya Later, Vindman

RUSH: I mentioned Lieutenant Colonel Vindman — O say can you see? — earlier. The conventional wisdom is that here’s a guy wearing his Army medals — decorated, National Security Council staff at the White House — terribly upset over what he thought he heard in a phone call between President Trump and Zelensky of Ukraine.

He was so distressed and was so torn by this, so scared what this meant for American national security, that he had to do something — and what he had to do was help put in motion the eventual impeachment of Donald Trump. So it became that you couldn’t criticize Lieutenant Colonel Vindman, remember? You couldn’t criticize anybody wearing the uniform. “No, no, no! Don’t you dare.” Never mind they could destroy David Petraeus all day long. 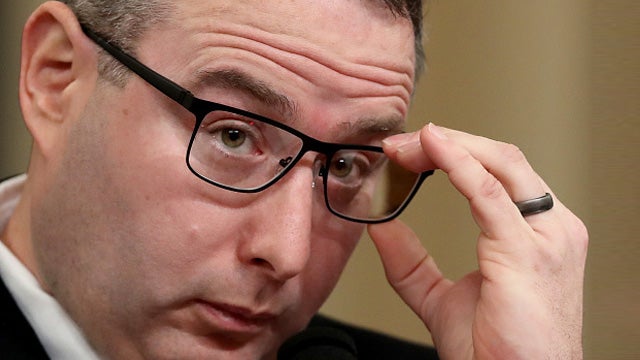 They could destroy Michael Flynn all day long, but we can’t talk about Lieutenant Colonel Vindman. So Trump comes along finally and fires Vindman and fires Vindman’s brother and fires all these people — Gordon Sondland, all these people — that participated in the coup, which is what it was. And so here comes the conformist reaction, “Oh, this is horrible. Donald Trump should not be able to retaliate this way.

“This is absolutely reprehensible. This is so beneath… We can’t have whistleblowers anymore if there’s going to be retaliation!” So the conformist view is whenever there is criticism of a Republican president, it’s legit. We gotta sit there. We gotta deal with it. We gotta take it — and even when it’s shown to be bogus and filled with lies, we can’t have retribution or reciprocity and deal with the person who got the ball rolling.

Not in my world.

I’m gonna tell you what I think. Have you heard in this whole story that Obama expanded the National Security Council staff to over 230 people? You know what the National Security Council staff is? That’s a personal staff to the president. They are in the White House complex. They are in the West Wing and the Old Executive Office Building complex, and they are direct employees of the president. George W. Bush ran the Iraq war and the War on Terror with a hundred members on that council.

Obama expands it and blows it up to 230 with people like the Vindmans, Eric Ciaramella (who is this Pajama Boy whistleblower), and people like Sean Misko, who ends up going to work for Pencil Neck Schiff. And then you remember how Obama multiplied the number of federal agencies who had access to classified data? I think what this actually was… I think as Obama was leaving office, he expanded the National Security Council staff and then enlarged the number of agencies that had access to whatever classified data they did. He planted moles. 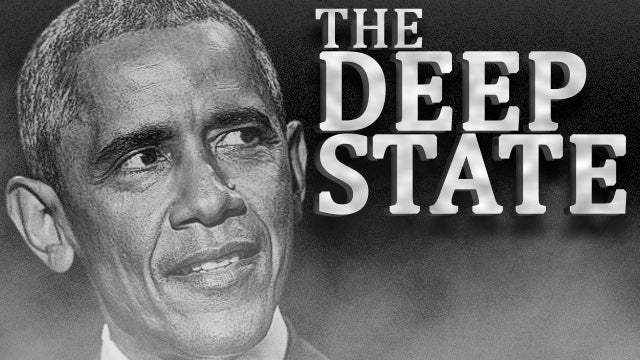 This is where they planted the moles. This is where they planted the moles all over the NSC. The Vindman twins, Fiona Hill, the whistleblower, Abigail Grace (who left the NSC shortly after the Trump phone call). She went to work for Schiff. So did Sean Misko. Every one of these people is an Obama holdover. I remember asking, “Why in the hell are they still there? Why didn’t Trump clean house and reduce this number back down to 75 to a hundred people who are working for him?” I don’t know the answer.

But my guess would be that he had people advising him not to do it.

“It’s very important! It was something good that Obama did, Mr. President, so we might take advantage of it.” But I think that’s where all of this came from. I think it’s where the Trump-Russia collusion and all of this came from, the FBI and that element of it, too. But the inside Trump administration moles, the turncoats, whatever you want to call ’em. They are Obama appointees that had jobs expanded as Obama was leaving office for the express purpose of protecting Obama’s achievements and sabotaging whoever was to come next — in this case, Trump.

RUSH: If you look at all this stuff, there has been nothing that has been more potentially damaging to Trump than this garbage coming out of these NSC people and the leaks, the Ukraine impeachment, the Schiff investigation, all these presidential phone call leaks. Where do you think those things came from? Obama holdovers in the National Security Council. I mean, all roads in the effort to get rid of Trump lead right back to the top of the Obama administration. I don’t think there’s any question about it.

RUSH: Here is Mike on the Big Island, Hawaii. Great to have you, sir. Hello.

CALLER: Rush, I think we owe Obama a portion of gratitude for what he started in 2008, and my thought on this is that in 2008, he was pretty young. If he’d played ball with the Clintons and maybe did one term as VP, Hillary would have gotten her wish: First female president. Obama could have come out from behind and given us a one-two punch as far as the Democrats, first female president and next, African-American president. And then, luckily, he took out Romney in 2012. It seems like he would have been a super RINO at that point. And then all that because of what Obama did in 2018, he cleared the field for our wonderful President Trump. Even though Obama did eight years of disaster, three years of Trump; we’re back on a roll.

RUSH: Well, this is a very uplifting, positive way of looking at something that was a miserable eight years to live through.

RUSH: I have to applaud you for that. Look, I can’t deny that Obama winning did indeed pave the way for a lot of things. He did take out Pierre Delecto. I think he also took out Hillary. I think Obama’s responsible for that. But let me tell you something. For whatever good that you want to assign Obama for having created the roadway or the pathway for Trump, do not forget out there, Mike, that every one of these hoaxes or elements of the coup or impeachment fiascoes, Muller…

Every one of these things, every leak of a Trump presidential phone call… Remember that anonymous piece in the New York Times written by a supposed “adult” in the Trump White House, assuring everybody that there are adults there making sure that Trump doesn’t ruin things? These are all Obama people. These are all Obama plants. These are all Obama holdovers. The majority of them are on this bloated, expanded National Security Council staff, which works for the president.

Did it not strike you (and it did me) that when this Ukraine thing happened, that all of these saboteurs are from the president’s own National Security Council? Eric Ciaramella? Obama holdover. Lieutenant Colonel Vindman, Fiona Hill, this whole ambassadorial corps? They’re all Obama holdovers, and the whole thrust of the argument to get rid of Trump was that he was violating American foreign policy. Well, whose? Because he’s the president; he sets it.

So, yeah, Obama doing this and that paved the way for Trump. But I actually think we’re just now… In fact, there’s a piece in the Stack here. Let me get it. Yeah, it’s Charlie Hurt. Charlie Hurt in the Washington Times has a piece that ran yesterday. “Democrats Shoot and Miss, So Now It’s Time to Give Trump a First Term.” This is a piece basically talking about how the Democrats have shot everything they’ve got at Trump, “and missed. … They failed to so much as tussle his hair. 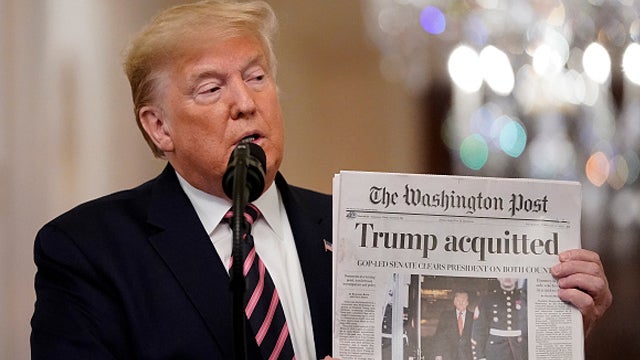 As a result, today Trump “is stronger than he has ever been — stronger than the day he got elected, stronger than the day he took office. After all, on both of those days, he and his campaign were still being illegally spied upon by political opponents from the [Obama] administration… Considering all the dark forces arrayed against him, it is truly a wonder that Mr. Trump has managed to accomplish all that he has accomplished in the past three years. But it was hardly a first term.

“There was no ‘honeymoon,’ as they call it. Hell, there was not even a break,” there wasn’t even an interruption, “in the campaign against him. … Mr. Trump loves to drive his enemies out of their minds by joking about serving a third, fourth or fifth term…” Charlie Hurt’s point is he really hasn’t had his first term yet, meaning they’ve done everything they can to sabotage it. “Now, Mr. Trump is on the warpath.” The point is Trump is stronger than he has ever been.

He is more vibrant than he has ever been.

He’s more confident than he has ever been.

He has vanquished all these little ankle biters.

But they aren’t finished. Folks, there are still 10 months to go, and don’t for a minute think that their quiver is empty. There will be something, and it’s gonna be as outrageously ridiculous as all these other things have been. Whatever they have waiting will require Trump to do something or say something in order to trigger whatever they have on hold, and they’re banking that Trump will do it, and I don’t think that they have learned a single lesson yet about any of this.