Orson Bean and the Demise of Hollywood Greatness 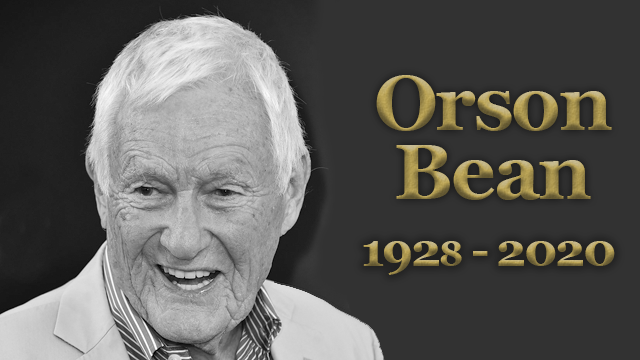 He was the father-in-law of Andrew Breitbart. And I don’t know how many people — I think a lot more people than I’m aware probably know the story. Andrew Breitbart from California was a born-and-bred radical leftist. He had no other option. That’s just the way he came out of the womb. That was his surroundings. That was his universe.

He fell in love with Orson Bean’s daughter, and that, of course, necessitated Andrew hanging around with Orson Bean. Now, one day — and I’m gonna really truncate this story — one day at Orson Bean’s home Breitbart saw a copy of my first book on the shelf, The Way Things Ought To Be. And he started chiding, “What the hell are you doing with that? Why in the world would you have a book written by some fascist right-winger on your bookshelf that anybody could see?”

And the story goes that Orson Bean said, “Andrew, take that book and read it. Just read it.” He didn’t say anything else. “Just take the book and read it, Andrew.” And Breitbart did, took the book, read it. Because of the book, started listening to this program on KFI in Los Angeles and became a full-fledged, 180-degree convert to one of the most prominent conservative cultural, pop cultural activists the movement has ever had. 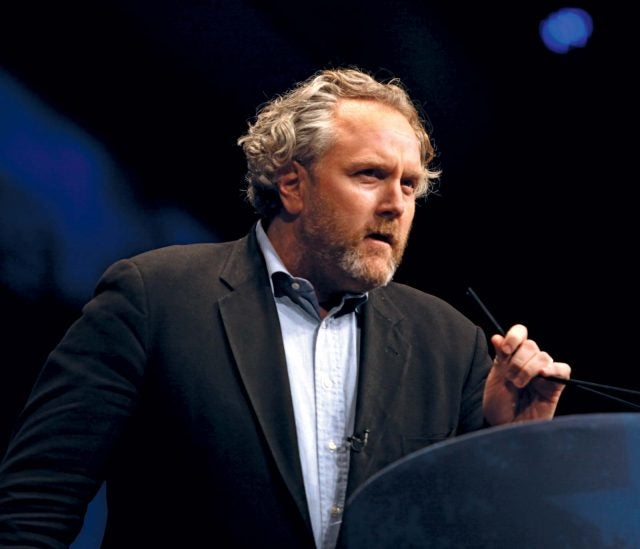 And he was effusive in his explanation for how it happened, my book. And it wouldn’t have happened had it not been for Orson Bean. And I had mentioned this a couple of times over the years and expressed my gratitude to Orson Bean. I was in the hospital over the weekend and I got a note, “I’m sure you’ve heard about Orson Bean,” and I hadn’t heard about anything because I had been out of it. So that’s when I learned what had happened to Orson.

And reading about it, I found myself reconnecting with this story. And the way Orson told the story interjected with Andrew Breitbart’s own words, it’s a tear-jerker. And it happened to coincide with the day the Academy Awards were going to be presented and that show that happened, and it was an absolute disaster. And I just couldn’t stop thinking about how Orson Bean was correct in describing how Hollywood used to be. It used to be every bit as red, white, and blue, God, apple pie America as any of us are.

This is not a discussion of when that changed and why. We all know that. So two things about this. And the sound bites I’m gonna need are near the end. I didn’t see the show, but I saw some video clips that we’re gonna play the audio from here in a moment. There was a story in — I’m not sure what the publication. I think it was — (interruption) No, it wasn’t Vanity Fair. It wasn’t Variety. It might have been Variety. I’m not sure which. A story about how the age of the celebrity is dead.

One of my first expressed concerns — and it wasn’t a big one — about social media was that it was facilitating fantasy, that it was allowing people to live fantasies that were not true, imagining themselves to be stars and celebrities and living on the red carpet, all from the basement while clad in their pajamas, creating literal illusions that they fall into and believe that end up creating the most unhealthy circumstances for growing older and maturing and learning how to enjoy life.

And I read this piece here, it starts this way. It’s by a guy named Freddy Gray. “Come friendly bombs and fall on Hollywood, it isn’t fit for doing good. Another year, another dreadful Oscars, another round of moral lectures from the beautiful people. It’s all so tiresome. The only reason most people pay attention to these irritating award ceremonies is precisely so that they can be irritated.

“So there was a vegan theme at this year’s Academy Awards. So the show had no host. So Brad Pitt is angry about impeachment. So someone said ‘workers of the world unite.’” Joaquin Phoenix is mad about what mankind is doing to cows. Natalie Portman’s upset that there weren’t any women directors nominated.

“So what? All these people are ridiculous. Nothing they say makes any difference to anything. Actors are increasingly aware, thanks in part to Ricky Gervais’s wonderful ribbing of them at the Golden Globes, that nobody cares what they think. At some unconscious level, these actors must know that they don’t really know anything about politics or the real world.

“They can’t admit this to themselves, of course, human nature being what it is, so they double down. They convince themselves that any angry reaction to their moralizing is an indication that they have dared to speak truth. How brave they are! And so the infuriating cycle continues. Actors end up almost trolling the public, and the public trolls them back on social media. … The internet has killed the Hollywood star. Fame has been disrupted.”

Because anybody can be famous now. Anybody can tell themselves they’re famous now. Anybody can pretend to be famous. It isn’t any big deal anymore. But there’s another reason why. It’s a hard one to explain too. The simplest way to explain it all the mystique is gone, and I think it’s happening not just to Hollywood stars. I think it’s happening to anybody who performs. Professional athletes.

It used to be — and this is not a clamor for the old days, do not misunderstand. It’s just an acknowledgment of how things have changed. It used to be that nobody was permitted on the stage except the performers. You’re in the crowd watching the stage, you’re paying to be there and watch the stage, but you dare not set foot on the stage or security’s gonna come and throw you out. You do not do it. In sports, you’re never in the locker room. You were never at the filming. You never saw the outtake. You never saw anything.

You never saw anything but the finished, perfect product if it was a movie or a TV show. But all that’s gone. The mystique, how it’s done, the fact that nobody is that special doing any of these things, it’s all gone. And now anybody can visit the stage any time they want. It isn’t special. People not qualified to be on the stage can go there, interact with the people on the stage.

It has taken a lot of the allure and the magic and the aura of being qualified to be on the stage away because now anybody can go there via a video, via a live Periscope feed, via a live YouTube feed. There’s no stopping it. There’s no turning back. And my point is not to try. But in all of this here we have these Hollywood actors like Joaquin Phoenix and Brad Pitt who are clueless about the fact that Freddy Gray is right. Nobody cares. They are not the influencers anymore.

They’re not the Marlon Brandos or the John Hustons of the day. When they proselytized at the Academy Awards, it mattered. It caused kerfuffles and it caused ruffles. Now it just causes people to react with laughter and “Can you believe these idiots?” And I don’t know where it’s going. I don’t know what it’s gonna mean for Hollywood in the age of celebrity, but when everybody is it a star, nobody is. When everybody is a famous influencer, nobody is. Well, not true. There are always going to be a select few genuine real ones. And you’ll know who they are by how difficult it is to find them, by how difficult it is to learn about them.

But all these people who are going out of their way to make everybody know everything about them is a desperate quest for fame that is guided by a massive insecurity. The people that don’t have this insecurity and the people that don’t seek this kind of notoriety are the people that are gonna have it. And I think it’s actually a good thing this has happened in the sense that these clowns can make these crazy statements after winning their awards and have them literally seen by fewer and fewer people with literally no impact whatsoever. I’ll give an example. Here’s Joaquin Phoenix.

PHOENIX: We’ve become very disconnected from the natural world. And many of us, what we’re guilty of is an egocentric world view, the belief that we’re the center of the universe. We go into the natural world and we plunder it for its resources. We feel entitled to artificially inseminate a cow and when she gives birth, we steal her baby, even though her cries of anguish are unmistakable. And then we take her milk that’s intended for her calf and we put it in our coffee and our cereal. 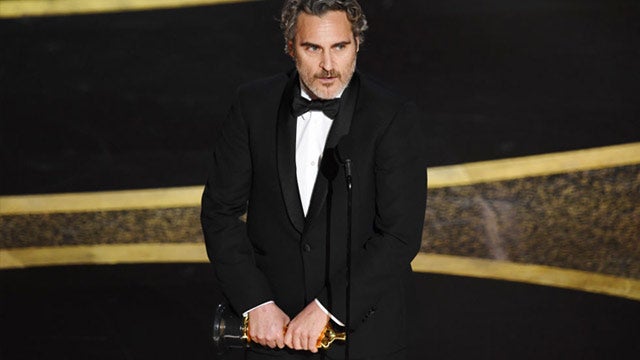 We have more cows and more milk than anybody knows, and there isn’t a cow in the world that is anguished when her calf is taken away for more than five minutes because she doesn’t remember it. It’s a gift of God. Remember the story, Mr. Snerdley, a cow fell into a frozen lake, and the media was there to see it, and other cows didn’t even care. They didn’t even notice it. One day the cow was there. The next moment it disappeared in the water. But the media wrote that neighboring cows were looking on with great concern. They don’t have the capacity to look – (interruption) hope and fear. Hope and fear. They don’t have the capacity for hope and fear.

Humanity has to feed itself. The means by which we do so has been given to us by God. We are the stewards of. These people are literal fools. This is what this writer means. They don’t know what they’re talking about. This is not even liberalism. This is just some sort of feel-good wackoism that seeks primacy by placing humanity on no higher level than any other living organism.