Bloomberg Doesn’t Have a Prayer

RUSH: We haven’t talked about Bloomberg today because I just don’t think that’s real yet, and Bloomberg… This racism stuff and his stop-and-frisk? We’ll get to Bloomberg when it’s time. I just have never thought… You’ve heard me say, “I don’t think guy’s got a prayer for reasons that have nothing to do with anything that he thinks.” Actually, it’s not true. There’s something about Bloomberg. This is what I should say about this. 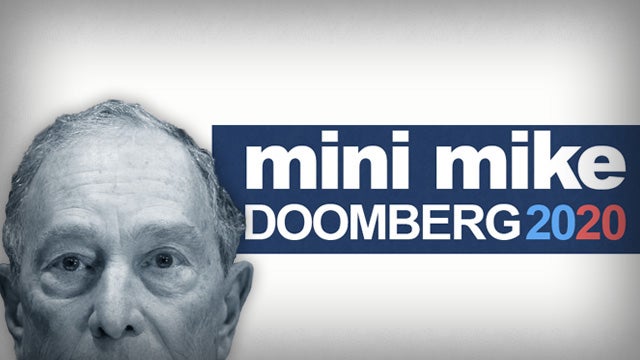 I don’t understand how the guy has gotten as far as he’s gotten when he’s as dumb as he is. Now, I know. “Rush, he’s a billionaire. He’s a billionaire. He’s not dumb.” I know. It’s automatically concluded that billionaires are smart, and he may be smart in the business he set up. But when I heard Bloomberg talk about the dictator of the ChiComs (impression), “Hey, look, he’s gotta serve his constituents, too. If he’s gotta hold office, if he’s gonna stay in office, he’s gotta please his constituents like any other leader.”

How in the world can you believe that a communist dictator thug cares about what voters think when they don’t vote? They can’t vote! If they say one thing against him, they go to some reeducation camp or gulag. Now, that, to me, is disqualifying. I don’t care if he’s a billionaire. That doesn’t matter to me. Look, I wish I had more time to develop this, but I don’t know because I’m out of it now, but that doesn’t matter because I’ll be back next week. See you then, and I’ll remind myself to expand on this.