RUSH: Here’s John in Buffalo. John, great to have you. Welcome to EIB Network, sir. Hello.

CALLER: You know that Pete’s having a problem with the black community.

RUSH: I’ve heard that. I’ve not seen, but I’ve heard it, yeah, scuttlebutt. 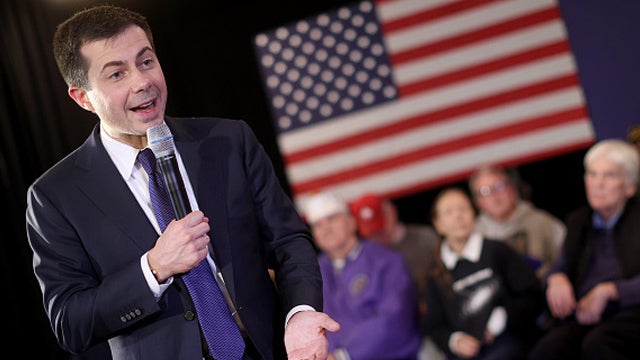 CALLER: Yeah. I have a suggestion, actually, two suggestions. He can either adopt a black child. That would be good. Or a second thing is he could divorce his husband and marry a black fella.

RUSH: Oh, this is helpful. This is real, real helpful here. John, thank you. Mr. Snerdley, thank you. So let me see if I understand this. You’re seriously wanting to help Mayor Pete overcome an obstacle he’s got with black voters, and this is predominantly gonna surface in South Carolina after the Nevada caucus, right? John hung up. Well, I know what John’s doing.

John is simply taking past behavior of Democrats and applying it to Mayor Pete. I mean, can we be honest? There was a point in time where if you were a Hollywood actress, a proper accessory was an adopted black African child. Can we admit this? Madonna, a bunch of ’em did it. Angela Jolie, many times. It was an approved accessory for a Hollywood lifestyle.

So what John in Buffalo is suggesting here is that if Mayor Pete, as a Democrat, is having problems with black voters, adopt a black child. Why divorce your husband to marry a black guy? The Democrats have an ongoing changing definition of family. Just… well, you know.