RUSH: Valparaiso, Indiana. This is Marv. I’m glad you waited, sir. Great to have you here with us. Hello.

CALLER: Hi, Rush, Marv. Longtime listener, first-time caller from Valparaiso, which is a suburb of Chicago on Lake Michigan.

CALLER: And having been born in February of 1951, I’m one month younger than you, but I have vivid memories of the 1968 Democratic convention in Chicago — 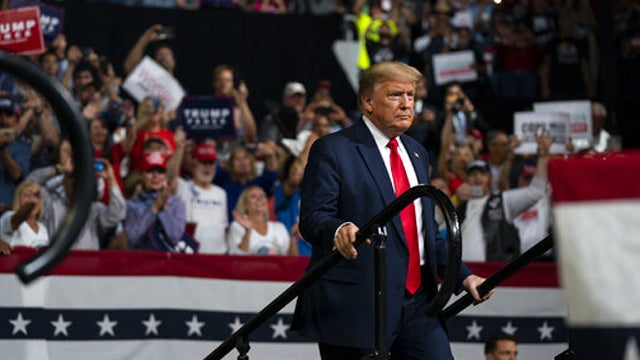 CALLER: — was in the streets. So my question to you, sir, is if the Democrats end up with a brokered convention in Milwaukee and they go to a second or third ballot and the superdelegates kick in, do you think we might be in store for a similar situation with Bernie’s supporters if they’re able to wrestle it away from him?

RUSH: It’s really tough to sit here and predict riots. But if you want to, I mean, if you want to discuss specific scenarios, I can see Bernie supporters going nuts. If he’s got the lead in delegates and if there is some kind of brokered convention that Bloomberg is behind, and he is behind a movement to actually create the circumstances for brokered convention, if Bernie’s voters get — ’cause they know they got sandbagged in 2016. They know Hillary cheated and the DNC cheated, and they know that Bernie was bought off.

Bernie’s house, the cabin, was in a circuitous way purchased bring the Clintons. Bernie can be bought, folks. This is what his voters gotta be really worried about. Bernie’s not a fighter. I don’t care what anybody says, he’s not a fighter, and he can be bought. And this is what Bloomberg knows. But Bernie’s voters are true believers. He collected more money in fundraising after that debate than any of the other candidates.

You know, we sit here, and I told you, we sit here and we laugh at this guy, we call him Crazy Bernie, but there’s an element of the Democrat Party that literally adores and loves this guy. And yeah, I can see where they might not remain peaceful at a convention where they believe that the nomination is being stolen from them and from Crazy Bernie. And as the program unfolds, I’ll get into the details here of how Bloomberg is trying to set up a brokered convention.

Trump cheerleads what? Look at a Trump rally. Trump cheerleads a positive movement of doers and makers. Bernie is the natural leader of angry takers. Trump doesn’t have any takers. He has makers and he has doers. But what are Bernie’s people angry about? What is there to be angry about in the United States today? Oh, I mean, you could come up with things. We don’t have a paradise. I understand that. There never is a paradise. 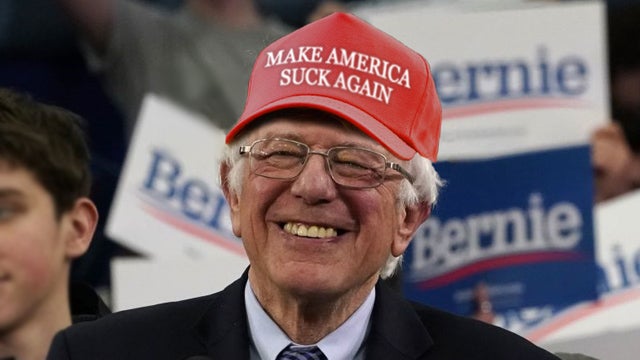