My Take on the Houston Astros Cheating Scandal

The reason I bring this up is because I also get Open Line Friday questions in the email. And I got one here from our old buddy Seton Motley. “As you are an ex-Kansas City Royals executive, I’d like to hear your thoughts on the Houston Astros cheating scandal. If you have already discussed this and I missed it, I sincerely apologize.” 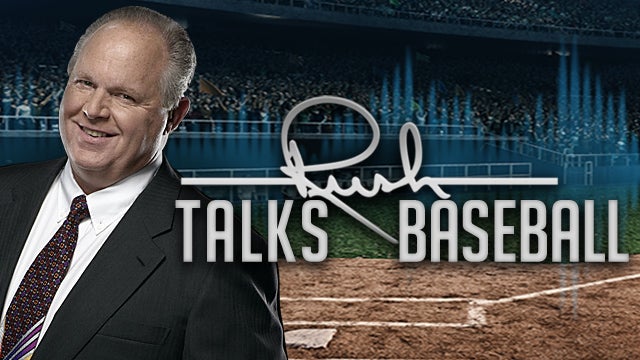 RUSH: You know, about the Astros cheating scandal, you remember Bobby Thomson’s home run, 1951, the year I was born, the Shot Heard ‘Round the World? You don’t remember that? Well, guess what? Bobby Thomson had the sign. He knew what Ralph Branca was gonna throw. Cheating in baseball, sign stealing is as standard as quarterbacks throwing touchdowns in the NFL. It ain’t that big a deal.

RUSH: Look, I need to make a major correction. When I said, “Sign stealing,” i.e., cheating, “in baseball is no big deal,” I misspoke. What I meant to say is, “It’s not unusual.” It is a big deal from a moral and a fairness standpoint. It is a big deal. I don’t want anybody to believe that I think cheating is okay. That’s not the point. But it’s not unusual. The Astros just took it to a new level. Now, I found out something in the past year that I didn’t know about all of this. 1951 was year I was born. I was born January ’51.

When I was 10 months old, there was a huge baseball game between the New York Giants and the Brooklyn Dodgers — and in that season, they had a three-game playoff to determine the winner of the National League pennant that year. The Dodgers had something like a 13-game lead with six weeks left in the season, and the Giants ended up winning the pennant from the Dodgers, overcoming those 13 games or 12, whatever it was. The culmination was Bobby Thomson’s home run in 1951, with Ralph Branca on the mound for the Dodgers.

Bobby Thomson’s shot… It was at the Polo Grounds and it was the Shot Heard ‘Round the World, and everybody thinks it was just magical. It was the culmination of one of the greatest comebacks in major league history. Well, guess what? Guess what? Out in center field, the signs were being stolen via a telescope or binoculars or something — and interestingly enough, it was a buzzer system from the employee in center field letting the dugout know what the pitch that had been called by the catcher was, and they found a way to inform the hitter. Apparently, everybody knew it. Everybody knew this was going on after the fact. Ralph Branca, who gave up the home run pitch to Bobby Thomson… Thomson knew it, and in interviews about this in years and years after the game and after the event, nobody would deny it. I didn’t know any of this until a year ago when this Astros stuff bubbled up, and all kinds of history about sign stealing in baseball began to resurface. There were comments like, “Yeah, Branca knew that Thomson was sittin’ on the pitch. Take a look at the film.”

Well, it was film. “Take a look. Bobby Thomson, he jumped on that pitch. He knew what was coming,” and nobody has denied it. Branca made a lot of money on the speaking circuit for years as the guy who gave up the Shot Heard ‘Round the World — and there was a recent story about this, I think, in the New York Post. Maybe our eagle eye website people go out and search it and put the link at RushLimbaugh.com so you can read it for yourself.

The story in the Post backs up stuff I learned a year ago and makes it sound like it was commonplace and everybody knew it. Stealing signs in baseball… Can I tell you a little story? I’ll try to make it as brief as I can. When I worked for the Kansas City Royals, hand-held video cameras (camcorders) were just hitting the market, and it was commonplace for a team employee to be in a dugout where the media cameras were in the dugout to videotape your own players at bat for later study.

I was the guy assigned to do this, because I was the high-tech wizard. Wherever I’ve been, I’ve been the high-tech wizard. So I’m in the dugout, the Royals dugout at the time, on the first base line. So I’m at about first base in the section of the dugout where all of the photographers for the media are, and I’m aiming the camcorder at the plate for right-handed hitters because that’s a full front-on view of the right-hand hitter, the swing and so forth. Well, the camcorder had a blinking red light when it was operating.

I forget who we were playing. But the opposing manager — who was on the third base dugout and could see the blinking light on the camcorder — called time-out, stormed out to the umpire, and demanded to know… He thought that we were sending signals. He thought that that blinking red light on the camcorder was a way of sending signals to the hitter. He thought his pitcher’s signs were being stolen. It was a 10-minute conversation out there.

I think Dick Howser was the manager for the Royals at the time, and I’m watching this, and I’m not knowing that this conversation is about me. And then all of a sudden, the opposing manager turns and points at the section of the dugout that I’m in. I still don’t get what’s going on. It goes 10 minutes, and the game’s paused, and nobody’s been thrown out. It’s a heated argument between the opposing manager. I don’t even remember who Royals were playing. Finally, I had to leave. I had to stop. 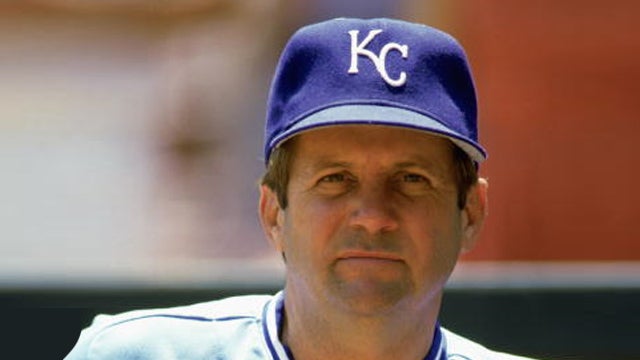 I had to stop videotaping because Howser and our guys could not convince the opposing manager, “It’s just a video camera. We’re videotaping our own guys.” He said, “I don’t like it. You’re videotaping! Who knows, you could be aiming at our dugout. You could be stealing whatever.” My point in telling you the story — and later when I found out what it was, I was kind of… (chuckling) I had no idea that I was the subject. Well, what I was doing was the subject of this heated conversation at home plate.

But I bring this up only because the idea that stealing signs is somehow unique and outrageous really is not true. It’s an art. Sign stealing has become an art in baseball. You get a runner on second base who, you know, that’s when the catchers do everything they can to hide the signals they are sending to the pitcher for what pitch they want thrown. Oftentimes, the manager in the dugout is calling the pitch. He’s sending a signal to anybody that the pitcher gets and the catcher gets and so forth.

Now, what the Astros were doing, as best I can understand, is… Are you ready for this? The Astros had all kinds of intricate ways of stealing signs, meaning the pitch that was coming. They had people in the dugout pounding on the trash can to send signals to the hitter. I don’t know what the signals were, and I don’t know how long this went on, but how somebody didn’t figure out they were pounding on the trash can in the dugout to send signals… It’s not normal to pound on a trash can. So then the Astros tried something else, supposedly.

Supposedly players like Jose Altuve were wearing buzzers taped inside their jerseys, and the buzzers would buzz with a code to tell them what the pitch that was coming was based on however the Astros were stealing it. The evidence for this is that in a playoff game Altuve hits a home run, rounds third base on the way to be mobbed by his teammates at home plate, and he is holding onto his jersey for his life making sure nobody rips it off. The theory is, he was doing this to hide the buzzer that he was wearing.

Now, I think that the Astros, because they have been so accused here, and apparently… I mean, their owner has gotten involved. There’s obviously been some truth established here. I think… There were some people calling the Astros should give up their World Series victory, give up the trophy. It was tainted. It was obtained by cheating and so forth. Maybe their World Series share should be taken away from the players. This is gonna be something they’re never gonna live down. 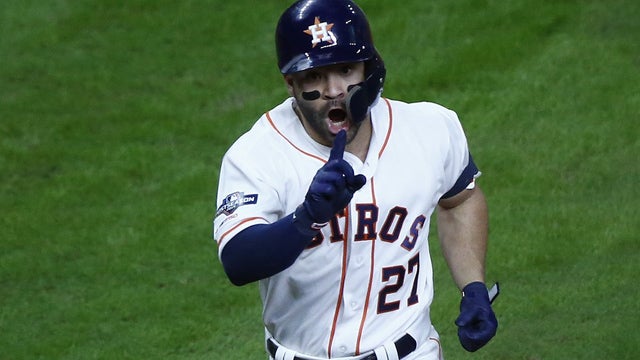 If the Astros play clean and pure as the wind-driven snow for the next 10 years, it’s still gonna be suspected that every odd victory they have is gonna be the result of cheating. They’re never gonna live it down, and Altuve is not gonna be able to live it down. It’s gonna stick with them. But it’s not… Sign stealing is not uncommon. It’s just the Astros apparently took it to a high-tech level, and now you’ve got players for the Yankees, who lost to the Astros in the playoffs, saying, “I’ve had my whole career cheated, and I’m never gonna get over it, and I think…”

But it has had a dramatic impact — and, of course, it comes after all of the performance-enhancing drugs and the steroids and the stuff that was going on in baseball, all of which has just served to ramp up attendance. Major League Baseball attendance has seen… TV ratings not so much. At least not on a par with the NFL. But that’s what I think of it, and I… (interruption) “Who’s worse, the Astros or the Patriots,” you’re asking? (chuckles) See, that’s a New York question. (chuckles) “Who is worse, the Astros…?” The Patriots are never gonna live that down — never, ever gonna live down the video Spygate.

Now, I have here a New York Post story. This is not the one I was referencing. There’s a column that was just in the past week or so. But the story I have here from the New York Post is from July 29th, 2002. So this is 18 years ago.

“The mystique of the Miracle of Coogan’s Bluff had been taking a beating in the past year, thanks to a bombshell revelation in The Wall Street Journal that fleshed out decades of rumors that the Giants used an elaborate scheme to steal catchers’ signs,” at the polo grounds. 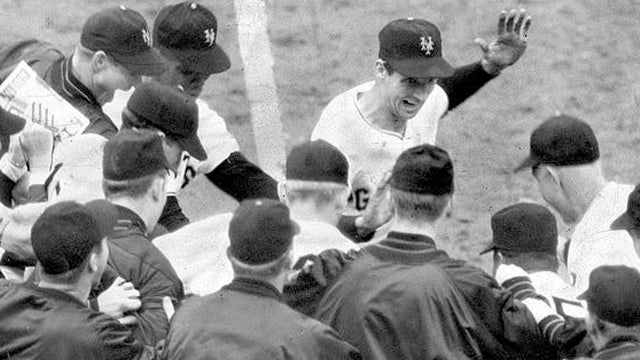 Since the Wall Street Journal story broke, “denials and evasiveness from the 1951 Giants have been replaced by cheerful pride.” When the story in the Journal first ran, they all denied it, but later on when they saw the reaction to it, they claimed credit to it with great pride because it was such a clever thing to have pulled off.

“‘Everybody was stealing signs. I don’t know anything about our club (doing that),’ smiled and winked 88-year-old Herman Franks. It was Franks, armed with a military field scope, who allegedly ran the Giants’ sign-stealing operation from the team clubhouse in center field of the old Polo Grounds.”

Now, this story claims that Bobby Thomson claimed he didn’t know what pitch Branca was gonna throw. But there are more recent stories than this that indicate Thomson knew.