Who Will Lead the Never Bernie Movement?

And I think you’re right. I think these Never Trump Republicans are so out of it that they would end up maybe not going for Bernie but, you know, going after some mythical third-party nominee that nobody’s ever heard of. But wouldn’t you think there would be some Never Bernie Democrats? I mean, James Carville. James, I know you’re out there listening. I know your wife’s out there listening. You ought to think about this. 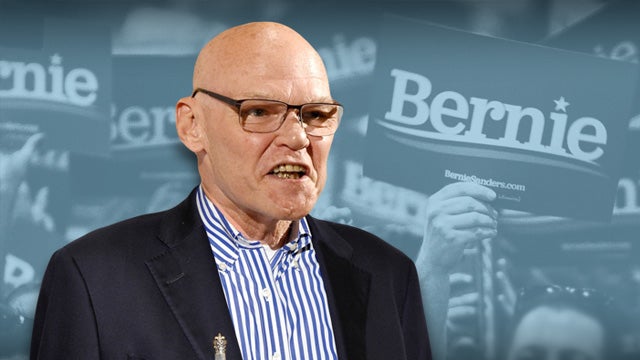 James Carville is taking the lead on how disastrous this is gonna be. And he’s out there actually saying, if you people think that Bernie Sanders isn’t gonna destroy the Democrat Party, then you are stupid. So, Carville would be an excellent Never Bernie — and we need a Never Bernie movement to go along with the Never Trump movement. Chris Matthews could be Never Bernie, but they’re already trying to get him thrown out of MSNBC.

Could you see Chris Matthews going over to Fox? No. Not yet. Not yet. I mean, who could it be? Who could be the Never Bernie? Clintonista? An Obama sycophant? Hopefully many, many Democrats will be vying to lead the Never Bernie movement. You know what created the Never Trumper movement? Besides Trump. There was one of the greatest columns ever written in this era leading up to the 2016 election by a guy from the Claremont Institute, he’d been working a number of places, named Michael Anton, The Flight 93 Election. You remember that piece? 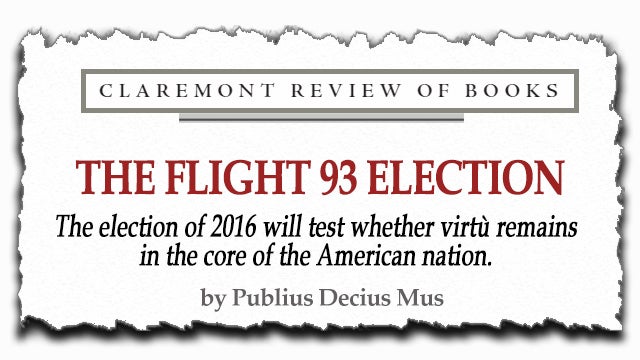 Flight 93 is the flight the passengers took over and crashed into Pennsylvania rather than allowing it to come back and hit its target in Washington. The Flight 93 Election was — and Anton is, was a conservative intellectual who did not go Never Trumper. He wrote a piece aimed at other conservative intellectuals trying to get them to understand what was at stake in this election, 2016.

And you remember during that period of time we were so frustrated because it wasn’t just a bunch of conservative intellectuals. It was the mainstream media of the Republican Party. They didn’t think we were in anywhere near a crisis. Illegal immigration wasn’t a crisis. There’s no reason the country’s threatened. The Democrat Party’s no different than it’s always been for 50 years. They just laughed and mocked the idea that America was in a crisis that threatened its survivability as founded. They laughed at that. They mocked.

So The Flight 93 Election was an attempt to wake ’em up. And it was so good we’ll relink to it at RushLimbaugh.com so you can read. Anton originally wrote it anonymously. And the Never Trumpers, “Who is this? Who is this traitor? Who is this guy that thinks this is Flight 93?” They tried for months to find out who it was, and it finally leaked. And Anton actually ended up working for a while for the Trump administration, the first few months of this. He’s now back to writing.

I tell you, that piece was so good. I remember reading it to you on this program. And I remember thinking, hoping, I said, “I hope that whoever wrote this is a listener.” It was so good that I wanted to pretend that I had a role in it, it was that good. And it survived. It is still that good. It is still a call to arms and action, probably even more so now with Bernie Sanders as the likely Democrat nominee. So we’ll go get it and we’ll link to it at Rush Limbaugh. I gather Koko probably already has it up there, and, if not, it will be up there in a mere matter of moments. 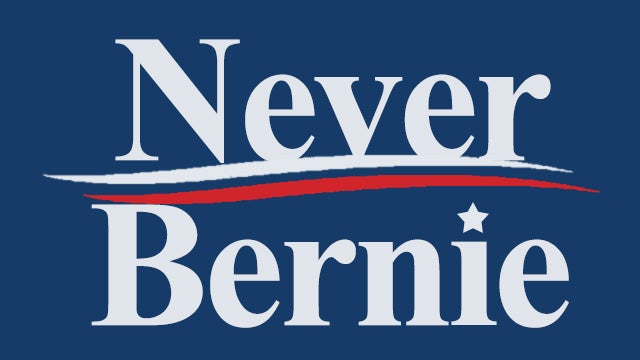 But it’s really worth revisiting if you don’t remember it or if you missed it the first time it came out. It was during the 2016 campaign season. But it just infuriated, it infuriated the Never Trumpers ’cause it was aimed right at them.