RUSH: That’s the story about Mayor Pete. Here’s the headline. It’s in BizPac Review. “Buttigieg Bolts After He’s Booed and Shouted Down at Minimum-Wage Rally: ‘Pete can’t be our president!’” The attendees were shouting. By the way, somebody on YouTube — and I didn’t bother asking this to be rolled off because it’s a video you really need to see. The audio is kind of difficult, but what it is: Apparently, Mayor Pete is lifting practically verbatim Obama platitudes and using them as his own. 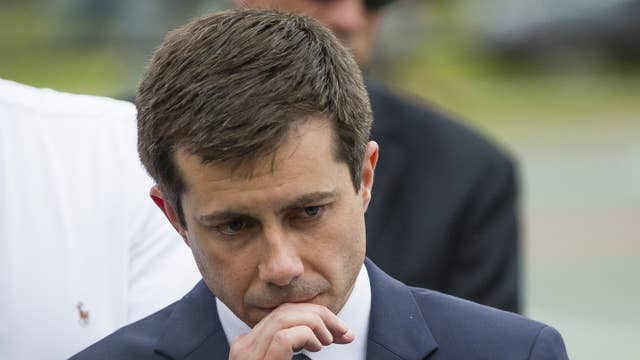 Somebody has gone back and put them together, talking at the same time, which is why it’s a jumbled mess to hear, but, if you see it, it kind of makes sense. But it’s obvious if you listen to it that Mayor Pete is literally ripping off Obama. He’s trying to be the white Obama, and it isn’t working. “Democratic presidential candidate Pete Buttigieg was booed and shouted down by protesters during a march with McDonald’s workers who were striking for a $15 minimum wage in Charleston, South Carolina.

“The rally was organized by the nationwide Fight for $15 movement, but Buttigieg tried to hijack the event to make it a photo op to promote his flailing campaign. Buttigieg awkwardly pandered to black voters by standing alongside black protesters. ‘No matter who you support, I support you. We support you,’ Buttigieg said. ‘We stand together and we will not rest until one job is enough in the United States of America.’ While the former South Bend mayor was speaking, he was booed and shouted down by Black Voters Matter protesters…”

So, see, Mayor Pete’s out there making everybody think he’s for a $15 minimum wage but it’s not to be found anywhere in South Bend where he was the mayor, and it says here, “A frustrated Buttigieg cut his speech short after five minutes and quickly tried to exit the rally. The protesters from Black Voters Matter followed Buttigieg as he tried to make his escape,” remember, after five minutes, “to his SUV. …

“This latest fiasco underscores the continuing struggle Pete Buttigieg is having in connecting to black voters. Despite nonstop pandering, Mayor Pete is polling at 0% among black primary voters.” Didn’t I warn about this? Did I not warn everybody, especially the Democrats about this, after Mayor Pete wins the Hawkeye Cauci (ahem) and comes in pretty well in New Hampshire? You had Crazy Bernie, Elizabeth Warren, Mayor Pete.

My theory about the Democrats and the way they’re looking at this: “Who do we want to lose with?” and when you hear — and it’s coming up. When you hear the level of panic among Democrats the media, you’ll understand why I say, “The way they’re looking at this is, ‘Who do they want to lose with?'” So Mayor Pete is at 0% in polling data among black primary voters, not just in South Carolina, but across the fruited plain. 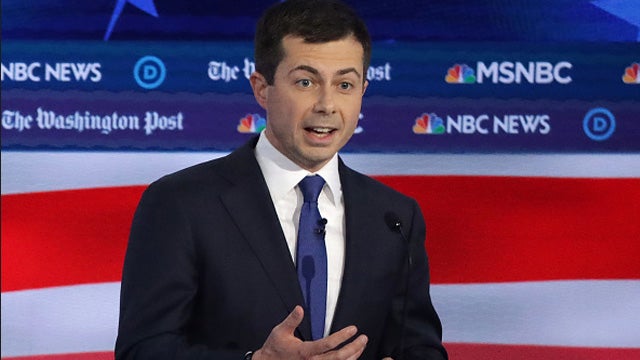 No Democrat can win the presidential nomination without support of black voters, especially in South Carolina, because blacks are two-thirds of the Democrat primary electorate in South Carolina. (interruption) You look like you didn’t know that. It is a big number. Two-thirds of the entire Democrat primary electorate is black, is African-American, and Mayor Pete’s sitting there with a big, fat zero. How do you do that? You can’t find one to join your campaign? Not one?

Meanwhile, here’s how the Trumpster is doing among black voters. New polls: Black Americans support President Trump in Rasmussen 34.5%, Emerson 34%, Marist 33%. Now, let me give you some… (interruption) Marist. Yeah, Marist. That’s a serious bunch. Marist and Emerson both are serious. Now, the Drive-Bys ignore Rasmussen. They think that’s all bogus and phony, like what we think of their polls.