My Instant Take on the VP Interview

RUSH: Thank you again to the Vice President Mike Pence. We have known that the vice president was going to be a guest on the program for a few days, but we had to keep it quiet for security reasons. We’re more than happy to do that. But he’s just such a genuine person, nice guy. Very serious. I just was looking here. I wish I had a chance to run this by him, but he’s already off to his meeting with Governor DeSantis. But, apparently, Secretary of State Mike Pompeo was being questioned by a member of Congress, Ted Lieu. 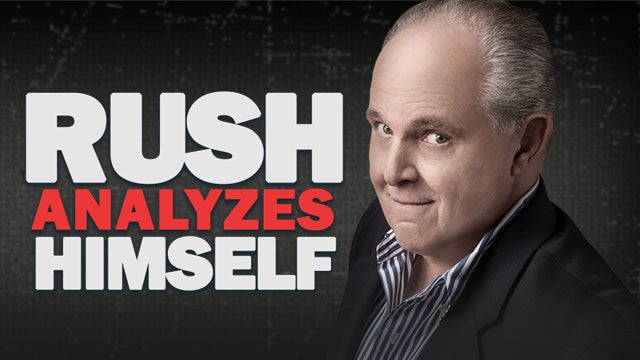 Ted Lieu is a Democrat from California, he is one of the most radical, anti-Trump, hating Democrats in Congress. He said, “Look, this is not even a gotcha question. Do you believe the coronavirus is a hoax?” And Pompeo said, “That is a gotcha movement. It’s not useful.” He refused to totally accept the premise. Now, nobody is saying it’s a hoax. They are accusing people of saying it is a hoax! The media, no question, has attempted to… Look, when the media says…

I’m sorry to drumbeat this, but when the media says, “This could be an opening for the Democrats.” What the hell are they talking? That is a political reference. When you then accuse the media of weaponing this thing, much as they weaponize Trump Russia collusion, then somebody comes along and says, “Oh, so you think it’s a hoax!” No, nobody said this is a hoax. So it’s an attempt… What they were trying to get Pompeo do was ridicule the idea that it was a hoax so he could then name names on the Republican side who he was going to accuse of referring to this whole thing as a hoax.

Nobody thinks it is a hoax. But the people attempting to manipulate this to their political advantage are the Democrats. You know one of the reasons why the president and his team have no choice… They have to deal with this. This is one of the things. You run for president, you run for governor, you get the emergencies. You get the crises. They have to deal with it, have to fix it. The party out of power looks at that as a disadvantage. “Oh, my gosh, Trump is in office.

“He’s got the power. He’s got the chance to deal with it. If he succeeds, it’s bad for us politically,” is how they look at it. But they have to deal with it. The party out of power doesn’t really have to deal with it unless they want to find a way to try to benefit from working with the administration. Now, to me that would be the smart thing to do. If you’re the governor of California, Gavin Newsom… I know all kinds of hatred for Trump everywhere you go in some of the Democrat states.

But the disease doesn’t know Republicans from Democrats. This virus doesn’t know liberal from conservative, man from woman, transgender from whatever. It’s in everybody’s best interest in government that this thing not become bad. If you’re an elected official and the federal government has the authority, the power, the money to deal with this, it seems to me it makes much more sense to partner up with them.

Because at the end of the day, turning this back — making sure it doesn’t become what it has become in China — is a win-win for everybody. But then you’ve got real partisans like Pelosi and Chuck-U Schumer, who do not want to play second fiddle even on a successful — what could be, what would hopefully be a successful solution. And not to mention it’s a presidential election year. So it’s ripe. It’s ripe for discord. 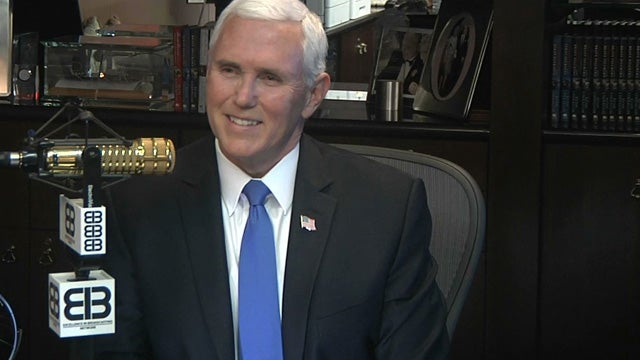 You also heard the vice president, I think twice, maybe three times, acknowledge the early action by the president as far back as mid- to late-January, in banning flights from China and making sure that people coming into the country from infected places were tested; examined; in some cases, quarantined. He made a point of this at least twice. Now, some people might think that that’s a little overboard. It’s not. Vice President Pence is extremely loyal. He is a loyal person, he is a loyal soldier, and he’s loyal to the team that he’s on.

But, in addition to that, I happen to know that he has a great deal of personal respect for President Trump. From even before he was selected as vice president, he’s had it. And he stuck with him through all of the controversies of the campaign. So that’s genuine. He’s a decent person. He’s just a genuine, nice, decent person, and I think everybody should feel confident that he’s running the task force. I was glad to hear the story that there’s no gag order on these people. How can they enforce that?

If there was a gag order, the people on the task force would be out there complaining about it. You’re not going to be able to gag people like Anthony Fauci, who has been at the National Institutes for Health and one of the most prominent doctors in the study of the HIV virus and the successes that have occurred. You’re not going to keep people like that quiet, even if you tried. It’s got to be frustrating to deal with some of the stuff that’s reported. But like I told him, we want them to succeed in this. But the thing is that there are, I guess, some who don’t.

(interruption) No, we were able to clear the vice president. It just took him a couple of days to pass EIB security clearances. People want to know, “Was he able to just walk in?” No, no, no. We have our own security clearances. They have theirs and we have ours. Vice President Pence had to undergo an exhaustive security check. So did his 25-person Secret Service detail. We even have a security procedure for their canine, the bomb-sniffing dog that went through here. No, no, we were never at risk. No, no. (chuckles) Don’t anybody think that. Not at all.

Now, you heard Vice President Pence three times reference the president’s travel ban from China in January. I have some headlines from back then that I want to share with you, because the media is even now doing stories on Trump allies attacking the media. I want you to listen to these headlines. These are some of the headlines from around the time the United States stopped flights to and from China because of the coronavirus.

If Trump had not initiated the travel ban to and from the ChiComs at the first mention of coronavirus, can you imagine what the media would be doing to him today? But the moment he announced a travel ban, they all made fun of it. They all called Trump a racist. They all said Trump’s a xenophobe. They said it was going to backfire and wasn’t going to help anything.

Don’t tell me that I’m the one politicizing this. It’s like everything else. I get up. I’m minding my own business and I look at the media attacking people and things that I love and appreciate, and I come here and defend them. And the minute we start defending them, then they, who started it all, accuse us of politicizing stuff. These people are a bunch of sick puppies.