RUSH: I mentioned Mulvaney, who is the acting chief of staff, the director of the Office Management and Budget.

He went to CPAC today. He was interviewed by Stephen Moore, a former Trump economic adviser, now a Wall Street honcho, I believe. Anyway, Steve Moore said to Mulvaney, “Obviously, people are in a little bit of a panic about the coronavirus. I was watching fake news last night, CNN and MSNBC, and they are saying that President Trump isn’t in charge, he doesn’t know what he’s doing, he’s been asleep at the switch. Can you disabuse us of that?” 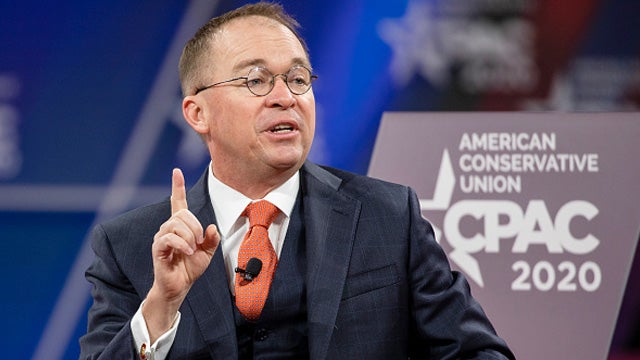 MULVANEY: The reason you’re seeing so much attention paid to it today is they think this is what will bring down the president. This is what it’s all about. I got a note from a reporter, “What are you going to do to calm the markets?” I’m like, “Really? What I might do today to calm the markets is tell people to turn their televisions off for 24 hours.”

MULVANEY: So, listen, is it real? It absolutely is real. There is no question about it. But you saw the president the other day. The flu is real. At any particular time, 20 million people in this country are going to have the flu. The flu kills people. It does. This is not Ebola. It’s not SARS. It’s not MERS.

RUSH: All of that is true, but, man, does the media come down on you when you say that, when you try to disabuse people of the notion. He’s absolutely right. At any particular time, 20 million people in the country are going to have the flu. We don’t have even… The official number… You know, you’ve heard about “8,400 people in California might…” No. Well, might have, could have, would have. California hates Trump — I mean, the government of California does, the Democrats. Mulvaney is absolutely right.

The attention being brought to this is the exact amount of attention on Trump-Russian collusion and meddling and Trump impeachment with the phone call to Ukraine. All you have to do, folks, like I say, is hear somebody in the media say, “This could be an opening for the Democrats.” What could be “an opening for the Democrats,” people getting sick? So Mulvaney is absolutely right. If you want to calm down, stop watching these people.

Turn your TV off and just listen to this show. Don’t watch cable news for 24 hours. You should try it anyway and just see how much your overall attitude improves. Folks, it’s undeniable. If you have the ability to do it, it is amazing how your attitude about life in general and your day will change dramatically if you are not subjecting yourself to a barrage of apocalyptic stuff. Donald Trump Jr. was on with Steve Doocy, Fox & Friends.

Question, “An op-ed in The New York Times,” that’s what I called your attention to moments ago, by Gail Collins, “said, ‘Let’s Just Call it Trumpvirus,’ and then in the story, it says, ‘If you’re feeling awful, you know who to blame.’ Why are they trying to politicize this global outbreak? Are you surprised the way the Democrats have been handling the coronavirus situation?” 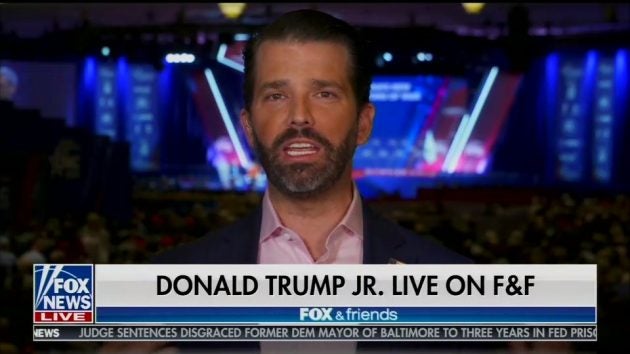 DON JR.: For them to try to take a pandemic and seemingly hope that it comes here and kills millions of people so they can end Donald Trump’s streak of winning is a new level of sickness. I don’t know if this is coronavirus or Trump Derangement Syndrome, but these people are infected badly. This is in The New York Times writing this with seriousness. It’s truly sick.

RUSH: It’s mean-spirited to boot, and yet you can’t criticize them because they are good people. They are liberals! They care. They have big hearts and compassion. So they can run around, they can call it Trumpvirus. They can blame Trump. They can wish and hope that this hurts Trump all day long. But you call them out on it, and you’re some kind of awful, rotten example of a human being. This is Thomas “Loopy” Friedman who was on with Fredo Cuomo last night. The combined IQ of the host and the guest might equal a carrot. This is what loopy Friedman said about the coronavirus in the 2020 presidential election…

FRIEDMAN: What if this is Katrina times ten? If it is, you could see the public looking for a leader who has two things that are very, very important in this kind of situation.

FRIEDMAN: One, experience in managing a crisis — and, two, an ability to pull together a coalition. Those demands and requirements could really damage Bernie Sanders, Biden, Bloomberg, uh, Buttigieg, Amy Klobuchar, uh, Elizabeth Warren. Uh, they all could be viewed differently in two weeks. We could be looking for a very different candidate, especially with his president. I’ve said — 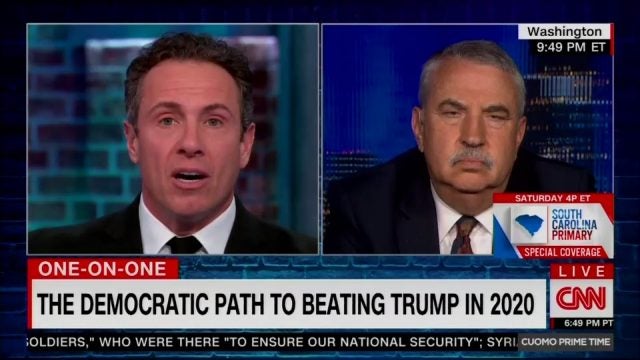 RUSH: Give me a break. Stop the tape! Take a look at the support any of those people have. Friedman. There’s not a person in this country who is looking at them as people who could “put together a coalition”? Nobody would have even heard of half of these people if they weren’t running for president — and even though they are, most people haven’t heard of them because they are Democrats. “Running for president? Why, they might be brilliant at putting together a coalition! They might be the best…”

Just because they are Democrats running for president? Biden, Bloomberg, Buttigieg, Klobuchar, Fauxcahontas? It’s so utterly unimaginative. The one guy who is a problem — the one guy who is able to manage a crisis — is Donald Trump.