RUSH: Canton, Ohio. Margaret, you’re next. It’s great to have you on the EIB Network. Hi.

CALLER: Hi, Rush. It’s the highlight of my week to talk to you and it’s only Monday.

CALLER: (giggles) Hey, I just watched Joe Biden’s interview with “Chuck” Wallace today (giggles), and, you know, the two words that keep coming to my mind — 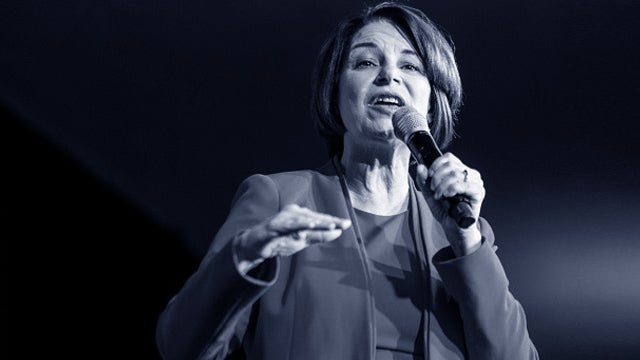 RUSH: I thought, “What did I miss? Is there some new internet show out there that Biden found?” Okay. “Chuck” Wallace. I gotcha. I’m lagging a little behind here today.

CALLER: But, you know, every time I hear this —

CALLER: Yeah. (giggles) Okay. So, anyway, hey, I wanted to tell you: The two words that keep coming to my mind every time I hear Joe Biden are “useful idiot.”

RUSH: Joe Biden: Useful idiot. For whom is he the useful idiot?

CALLER: Well, I tell you what. I think there’s a lot of people — you know, deep state kind of people — who would love to have him in there. They could manipulate that guy.

RUSH: Oh, there’s no question. If Plugs gets elected president, he’s not gonna be… Oh, you are so, so right. Now, “useful idiot” is a term to describe your average Democrat voter. They buy all of this incendiary rhetoric that helps… They’re useful idiots. Biden… Biden would be a figurehead, and he knows it. He knows he’s a stand-in for whoever is really behind his candidacy, and that’s the Democrat establishment. But who is gonna be president when Plugs is elected?

Now, that is an interesting question.

RUSH: I’m just gonna tell you, folks, I feel pretty confident about going out on a limb here. I could give you a caveat or two, but when we get to the Democrat conventions in Milwaukee, it isn’t gonna be Joe Biden. Joe Biden’s not gonna be in the conversation. And Bloomberg is not gonna go away. Bloomberg, if he has to spend a billion dollars, he’s going to do it. He’s not gonna go away. A phone call from Obama will not get rid of him like a phone call from Obama got rid of Pete Buttigieg.

But it isn’t gonna be Plugs. Plugs doesn’t have the money. And I know that there are all kinds of establishment Democrats salivating at Biden winning because he will be a figurehead president. He doesn’t know where he is some days, even some parts of the day, and he doesn’t know to whom he is speaking some of the time.

The people that are behind Biden’s campaign, you call ’em the Democrat establishment, but then who is that? Is it Obama? Is it Hillary? Is it a combination of the two? Who is it? Well, we need to find out who it is because those are the people, or that is the person, who is actually gonna be running the country if Biden would somehow get elected.

And folks, it’s impossible. Anything can happen. There are so many unpredictable things that are going to happen between now and the conventions and then between now and the election that it really is kind of silly. If you want to make a prediction of what’s gonna happen based on circumstances today not changing or every circumstance being predictable, then go ahead and have fun, but I don’t care what it is, there are gonna be things that happen between now and whenever that nobody is expecting, nobody is forecasting, not even your favorite psychic.

So it’s a fool’s game to start predicting these things. That’s why when the media’s putting on one of its gigantic shows like they did last week, burying Plugs, “It’s over, it’s over, he doesn’t have a prayer.” Then he wins South Carolina like everybody knew he was gonna win, now all of a sudden he’s the frontrunner, for all intents and purposes, all the wind is at Plugs’ back? Come on. 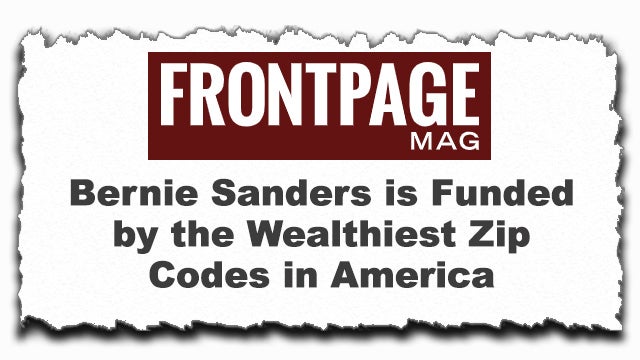 Interesting story here from Frontpage Magazine: “Bernie Sanders is Funded by the Wealthiest Zip Codes in America.” This is another thing that I have been remarking on, noting, and attempting to convince people of for many, many moons now. And that is that the real wealth in this country, the wealth that people supposedly hate is wealth that’s in the hands of liberal Democrats.

No, but they’re going to, and they convince you that they don’t even like having the money they have, they think it’s unfair, and this is how they keep you and the others with the pitchforks away from ’em when you get mad. It’s a way to keep you from crossing their moat. (interruption) What’s that? (interruption) Amy Klobuchar to suspend campaign, endorse Biden. So she got the Obama phone call at some point in the last few hours as well.

Klobuchar suspending campaign — why didn’t you just tell me that instead of saying check out CNN? (interruption) Oh, you wanted to see my reaction. But, see, here’s another thing. Klobuchar suspending her campaign would be like me suspending my campaign. I don’t have one. Klobuchar, what does she got, like 4% of the polls? How many delegates have Klobuchar got? Five? None. For all practical purposes, she’s got none.

So here — the Democrat establishment — I told you. Trump was right. Getting Buttigieg out and to throw his support behind Biden, that’s step one in trying to take it away from Crazy Bernie. And now Klobuchar. How do the people at Fox News feel? They just did a town hall meeting with Amy Klobuchar. It must have just been a disaster, because shortly after the Fox News town hall she’s gone, suspends the campaign. Well, I’m sorry. That’s how I would look at it. If somebody came on this program to try to ignite their campaign and a couple days after they appear here the campaign went — secretly I might claim credit for it since she’s a Democrat, but — (laughing)

With the guys that are on the campaign trial, their wives have to be there. Their wives have to be there, and then the 2.8 kids have to dutifully come on the stage after every debate performance. “You did great, Dad,” even though the kids are embarrassed. “You did great, Dad.” But we never see the female candidates’ spouses. At least I don’t. Maybe they’re in the spin room, I don’t know. You never see ’em. You never see ’em joining the spouses. The women are up there all by themselves.

Anyway, what was I saying? Oh, yes. Crazy Bernie funded by the wealthiest ZIP codes in America. Tech industry people, trust fund hipsters, it says here, are buying the nomination for Bernie. And, you know, it kind of makes sense because really it’s only the very rich and the very poor who can afford socialism. Meanwhile, there’s Plugs. Look at Plugs. Plugs doesn’t know where he is. They’re probably gonna tell him, “Hey, Klobuchar’s gonna endorse you this afternoon,” and he’s gonna say, “Who?”

RUSH: The Democrat Party establishment is scared to death of Bernie Sanders. We knew it, we knew it, but now we’re seeing it. So somebody got to Amy Klobuchar and said, “Look, you’re wasting your life. You’re throwing away money you don’t have. You don’t have any delegates. You’ve got 2% in the polls. ” Klobmentum, which to me sounded like a… What do you call it when you have diarrhea? 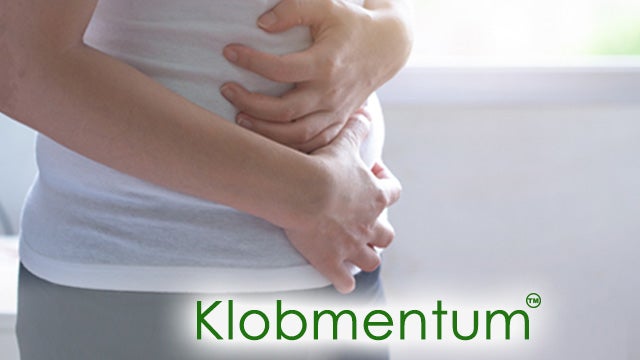 Klobmentum is like an Imodium, whatever it is. It wasn’t working. Somebody got to her and said, “Okay, you’re done,” and she’s gonna get something. She gonna fly to Dallas tonight. Plugs has a rally there. She’s gonna endorse Biden tonight in Dallas. She’s gonna throw all of her zero delegates to Biden. Here’s Mike… What happened to the guy in Chattanooga? (interruption) Aw, gee, the guy…

Let me tell you. We had a guy… Let me see if I can reconstruct it, ’cause this guy was right on the Democrats. Here’s what they’re facing. This is what they think. They think with Bernie Sanders as the nominee, not only does he lose in a landslide, they think that the Democrat Party loses down ballot like Obama did. You know, people have forgotten this, and I’m gonna be happy to remind you.

Barack Obama oversaw two of the most massive Democrat Party losses in 2010 and 2012. You can’t believe this. In 2010 and 2012, the Democrat Party lost over 1,000 seats, folks, not just in the House and the Senate. I’m talking about governorships and state offices like secretary of state all the way down to local mayor. The 2010 was because of all the spending on Obamacare and then 2012. 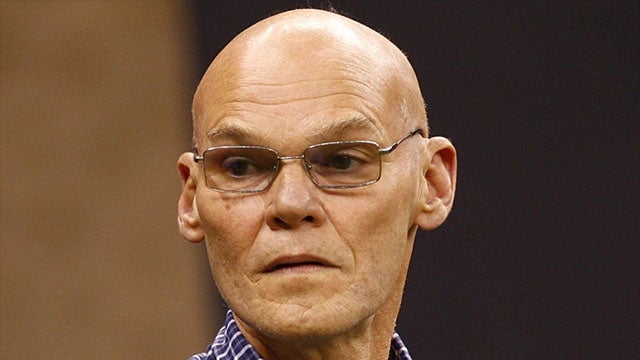 They are worried death Bernie is gonna lose everything in an Obama style and then some. If they can take Bernie out, they think they’re gonna be taking out Alexandria Ocasio-Cortez and Ilhan Omar, Rashida Tlaib, and the rest of the Squad. They’re gonna keep the House and keep Pelosi as speaker. But for all of that to happen, Bernie has got to lose again. He cannot get the nomination. Because if he does, they think they’re finished — the Democrat Party establishment.

RUSH: Ask yourself another question about Buttigieg and Amy Klobuchar quitting, quitting on the eve of Super Tuesday with all the delegates. Why? Who has the juice to make that happen? Hmm?