RUSH: This is Charles in Boca Raton. Great to have you, sir. Hello.

CALLER: Rush Limbaugh, how are you, sir?

They’re gonna buy Bernie some more homes, maybe his own jet, whatever it takes to have them step aside, including Biden, “Biden, you just gotta get out.” What they’re gonna do is they’re gonna nominate — listen to me — Michelle Obama. She knows world leaders. She’s got Barack’s back — or Barack’s got her back. She’s gonna get the black vote, the gay vote, the women’s vote, the whole megillah. Trump has to get in front of this. And at every convention or every rally, be prescient and say, “Okay. Here’s what’s gonna happen, guys. We know nobody can beat me, nobody, zero, except one person.” 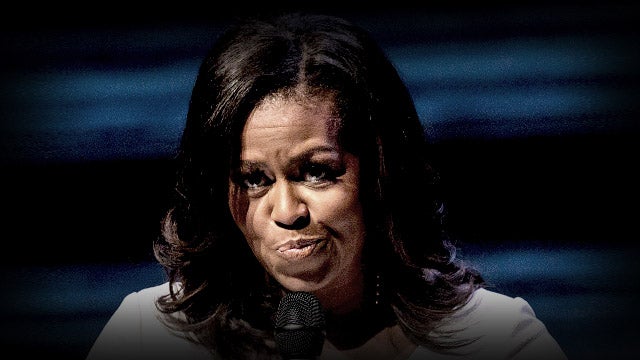 RUSH: Now, wait just a minute. Trump is not gonna admit that there’s anybody that can beat him, particularly Michelle Obama.

CALLER: I misspoke. I misspoke. What I’m saying is he’s gonna have to get out in front and say their only salvation is to nominate somebody they think can beat me, but she can’t. Here’s why. They’re gonna have to unload all the baggage of the Obamas, of the Bidens, the whole megillah. Because if they surprise everybody at the convention, he won’t have enough time to be able to really get in front of it. If he starts the process of alerting people to what’s gonna happen, because, Rush, think about it.

RUSH: Now, wait a minute. Now, wait a minute. Look. This is not a surprise. People have been thinking that Michelle Obama’s gonna be the nominee since Obama and Michelle left the White House in January 2017. It would not be a shock or surprise to anybody. Trump doesn’t need to tell any of his people to be ready. You are afraid that it’s gonna be Michelle Obama, and you’re afraid that she can win, so you want Trump to do something to stop her now. That’s what you want.

And you want it disguised as Trump alerting his voters. What good would alerting his voters do? “By the way, there’s one Democrat that they might put up there, and you gotta be ready for it.” I’m telling you, every Trump voter’s gonna vote against whoever the Democrats nominate no matter who it is, including if it is Michelle Obama. I understand the fear. I understand the fear people have about Michelle Obama ’cause the Democrat Party is in such disarray. And Republicans have always had this belief that no matter at what point of time in history, the Democrats have somebody they can bring out of the woodwork that can shellac any of us, even our best.

This happens to be Michelle Obama right now. At one time it was The Oprah. At one time it was Hillary Clinton. I can’t tell you the number of elections where I had to deal with paranoid Republicans tell me, “Hillary Clinton has a 75 to 80% chance of being the next president of the United States. We better do something about it.” She hasn’t gotten close. Well, I mean, she got close ’cause she ran and so forth. There’s nothing they could do that’s gonna surprise Trump or for which Trump is not ready and prepared.