RUSH: This is Rodney. Rodney in Dayton, Ohio, glad that you waited, sir. Hello. 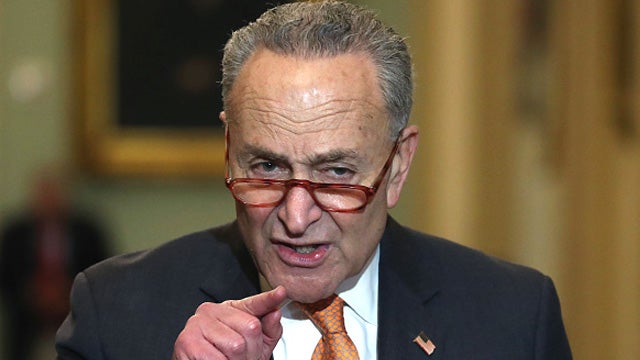 CALLER: Hi, Rush. You know, a lot of us are outraged right now over the comments Chuck Schumer made this week.

CALLER: We should be more outraged about the damage, destruction, ruin, irreparable harm he caused to thousands, not only in this country, but around the world. Back, I think, it was 2008, when he came out of a committee meeting and made the comment to the press that he was concerned about the solvency of IndyMac bank, causing a run on that bank, causing that bank to fail, causing other banks to fail in succession around this country and the world.

RUSH: Wasn’t that a bank in California?

CALLER: A bank in California. You know, it caused a series of banks to fail which caused effectively a collapse of our banking system. Thousands of people were hurt. My question is, I think you should lose you’re right to free speech to cause that kind of harm. I think you lose your right to senatorial immunity if you cause that kind of harm. He should be held accountable for that damage and destruction that he caused. Well, I think it’s just time. It’s just time. Something has to be done about that man.

RUSH: Well, this thing that he did with the justices, Gorsuch and Kavanaugh, folks? This has been coming. These people, the left and abortion. And I have to tell you some, one of the reasons that they’re panicked is most abortions have been of Democrats for all these years. They have killed a bunch of their own voters.