ChiCom Dictator Does PR in Wuhan

RUSH: Did you see that the ChiCom head honcho Xi Jinping put on his little blue mask and went to Wuhan? 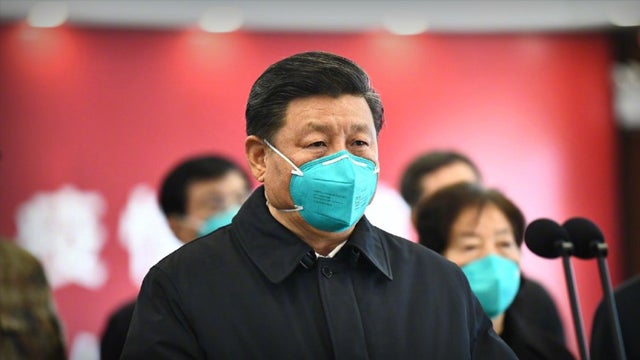 He must have called Bloomberg, and Bloomberg must have said, “You gotta respond to your constituents. You gotta let your constituents know that you care about ’em.” So Xi Jinping puts on a little blue mask and he goes to a place in Wuhan and they keep him many, many yards away from any members of the public.

He’s got his blue mask, he’s talking about what a great job the ChiComs have done and then — he doesn’t say this himself. He lets it be known how offended they are that people are calling it the Wuhan virus, even though that’s what it is. The thing started there. Wuhan, by the way, is a city of about 11 million people in China, and it’s a fairly cosmopolitan place.

But it’s kind of a big deal for the ChiCom head honcho to do something like this today because they generally don’t put themselves anywhere near the public. These are the guys that order the tanks to run over people such as at Tiananmen Square. But I think that the ChiCom head honcho Xi Jinping, he doesn’t care about the Chinese people in terms of their opinion of him. It doesn’t matter. What he was doing was for the worldwide media.

And, you know, I’ll tell you something. There’s something fascinating about that, that the ChiCom premier felt the need to do PR for the worldwide media. This is something so strange, this is so unusual for any Chinese president to engage in. 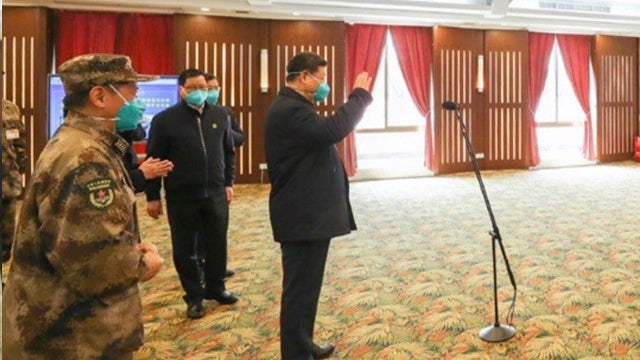 RUSH: All right, Brian. Check your messages there. I just sent an updated Xi Jinping. This is even better. This is even better. When I saw the photo, it was larger than my email window, so I didn’t actually see the entire photo. Did you get it yet? All right. Put it in the switcher. Because the first picture we showed you was Xi Jinping wearing his blue mask standing quite a distance from a microphone. And I said, “So where are the people? There aren’t any people.”

Look. There’s the picture. There’s a whole picture. Now, I’ve had to crop it because it’s still bigger than I can use, so I don’t have the military guy or his aide. He’s talking to a patient on a TV monitor. Do you see this? If you’re not watching on the Dittocam you’re not gonna see this. We’ll have to put this at RushLimbaugh.com. We’ll get the photo up as soon as we can. 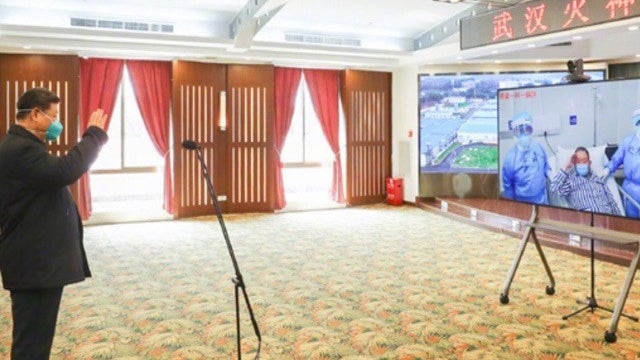 That is the premier of China, the ChiCom head honcho Xi Jinping, wearing a blue mask in a hotel ballroom talking to a patient who’s on a TV monitor. The patient is not in the room. This is the photo they put out. This is incredible. This photo is obviously for consumption by worldwide media. Why even wear the mask? Why wear the mask? There’s nobody in the room. It’s an empty hotel ballroom. He’s talking to a patient on a video monitor.

There’s a camera in the patient’s room. Xi Jinping is not in the hospital. He’s in an empty room except for a monitor, a TV monitor. And again, I’m sorry for titillating those of you who do not have the Dittocam, you’re not members at RushLimbaugh.com. But don’t worry. We’ll get this picture flashed over to the website. (interruption) Well, we don’t know where the room is, that’s the point.