The Never Trumpers Side with Profane Plugs — for Civility’s Sake

RUSH: Now, I have another observation that I want to share with you, ladies and gentlemen, because I’ve got a story here, Don Surber. Don Surber writes columns. I’ve quoted from Don Surber on numerous occasions over the course of the history of this program. And his headline: “Never Trump pins its hopes on Corona Virus.” 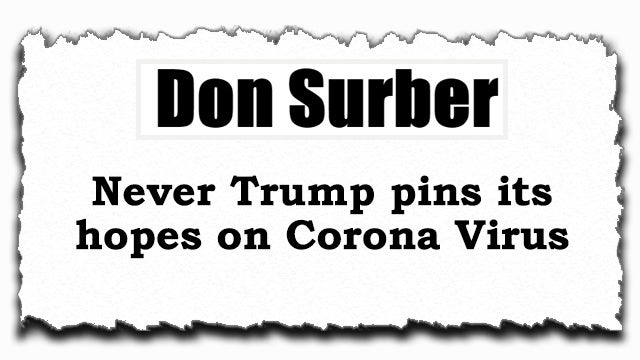 And that’s exactly right. The Never Trumpers. Now, his piece is about Judd Gregg, a former Republican senator from New Hampshire who happens to be a Never Trumper. Now, there are some other famous Never Trumpers out there. Let me name one. Bill Kristol, who used to sell cruises to conservatives after Republicans lost elections.

Now guess what? Now we got a guy implementing everything they’ve believed in and they’ve abandoned him, and they’ve now joined the Democrat Party. Bill Kristol has endorsed Biden! A bunch of Never Trumpers have become Democrats, proudly! They’re saying so. And they announce they’re gonna vote for Biden.

Now, what is their one complaint about Trump? His lack of civility, right? Trump is embarrassing us. Trump has no demeanor. He’s crude. He’s rude. He’s ill spoken. He’s ill-mannered. He’s not sophisticated. So who have they endorsed? A guy out there telling his voters, “You’re full of sh-”

Donald Trump has never said to one voter of either party, “You’re full of sh-.” It hasn’t happened. They have endorsed Joe Biden, who’s out there telling voters, “You’re full of sh-” or other insults that he’s aimed at them. What was the one about (paraphrasing), “You’re so ugly you’re a pony soldier. Don’t bother me with that.” Whoever that was about. I’m not kidding. 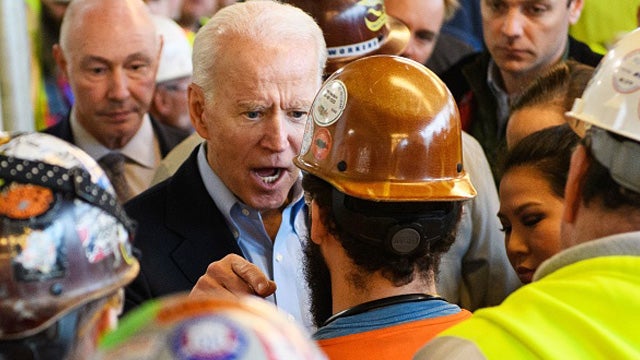 These august Never Trumpers who claim to be the epitomes of virtue, who claim to have the exclusive hold on sophistication, claim they can’t support Donald Trump because he’s crude and mean-spirited and unsophisticated and all of this, have endorsed this loudmouth bully by the name of Joe Biden. How do these people even show their faces in public?

Biden says to a voter, “You’re full of sh- and you’re a horse’s ass.” Then his handlers move in, try to get him to calm down, he refuses to calm down. Then he starts talking about AR-14s. There’s no such thing as an AR-14. He probably meant AR-15, which is the country’s most popular rifle. He said (imitating Biden), “You don’t have to the right to own an AR-14. You don’t know what you’re talking about. I go hunting. My sons go hunting. We bag all kinds of game, but you don’t know what you’re talking about. You’re fill of shi-. I have a shotgun. I got a 20-gauge.” Biden jabbed his finger in the man’s face. “Don’t tell me that, pal. I’ll have to go outside with you.”

And this is who the Never Trumpers have signed up for. This is who the Never Trumpers have endorsed and signed on to. You have to love it. Judd Gregg, Bill Kristol, all these others that just can’t stand Donald Trump because he’s so crude, he’s so embarrassing, his lack of civility, and the fact that they are now signed up and officially endorsing Biden is just one of the greatest crackups of the week.