RUSH: You know, watching the coverage of this and the ongoing effort to create a panic — and let’s make no mistake here that that’s exactly what is happening here — I finally came up with what I think is a good analogy. The coronavirus is like a hurricane several days away from making landfall. 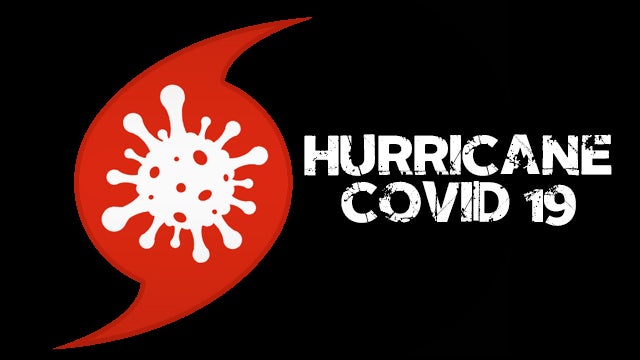 They know and they salivate over the chance to blame Trump. You’ve got an oncoming hurricane here. The outer bands have begun to strike the Continental United States. The evidence is there! They’ve got the reporters out on the beaches out on the Outer Banks, for example, of North Carolina, and they’re showing us the waves are about six inches higher than usual.

“See, it’s coming! It’s coming! There may be a flood here, a flood there. The initial reports of damage are coming in, and it all means it’s gonna be a grand disaster.” The Drive-Bys are all collected out on the beach. Their cameras are pointed westward, eastward, wherever it takes to get this hurricane, any indication of it whatsoever. The same thing was true of the impeachment hearings. The same exact thing was true of the impeachment hearings.

All we had was hearsay evidence.

We had endless speculation.

The same thing was true with the Russia-Trump collusion story. There was never any evidence, there was never a shred of evidence, and yet look at what we were told was coming. The walls were closing in on Donald Trump! We had these endless anonymous sources from the intelligence community who were telling us that it was only a matter of time before the evidence would be forthcoming.

It was the same thing with the Mueller report.

A. Doesn’t care about you; he only cares about himself.

B. Donald Trump is incompetent.

D. You might die; it’s all gonna be Donald Trump’s fault.

E. It’s an opening for the Democrats!

Even when the evidence was invisible, they continued to tell us that it was going to be the exact opposite of what it’s turned out to be every time. It’s always Trump’s fault before the facts are known. And when the facts are finally known and when the media is proven to be dramatically wrong again, they are never held to account. They are never to blame for whatever mess they have made, for whatever drive-by confusion they have made created.

Even hurricanes are attributed to Trump via the fact that he doesn’t believe in man-made climate change. Before there’s even a dollar’s worth of destruction, it’s all Trump’s fault. And then when their predictions of doom fail spectacularly, it’s off to the next hoped-for incident that will definitely take down Trump. When the impeachment bombed out, remember what I said? 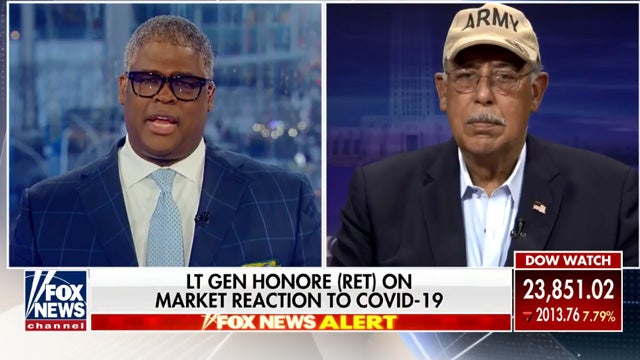 You would be, too, if you knew what it was like. I’m not saying things I’m not saying. Like I’ve got a sound bite coming up from Russel Honore. Remember him? Hurricane Katrina, military guy. He got so fed up with the media, so fed up with the way Katrina and the whole thing was being covered, and he’s on a roll again today. He’s lashing out at Wall Street. (paraphrased) “Why the hell do they get to panic?

By the way, by the way, how many of you got up today and started listening or paying attention to news and you heard today what I told you in the first hour of yesterday’s program? This is about Russia, it’s about oil, it’s about Saudi Arabia. Do you know what Trump did overnight? He called Mohammed bin Salman, the crown prince of Saudi Arabia.

I don’t know what Trump talked about with Mohammed bin Salman, the crown prince of Saudi Arabia. All I know is that the Dow Jones Industrial Average futures market predicted an opening of 800 to a thousand on the plus side, and that’s exactly where it opened. It’s now at 311. It’s been down as low as plus 25. It’s fluctuating, but it’s been in positive territory all day today.