RUSH: Well, lo and behold, they have done it. The Democrats have come out officially opposing Trump’s travel ban. By the way, don’t you like the fact that Trump did not include the U.K. because they’re getting out of the European Union — hee-hee-hee-hee — Brexit, don’t you know.

So Democrats oppose travel ban. A No Ban Act has been introduced by representative Judy Chu, Democrat, California, cosponsored by 219 House Democrats. The bill will roll back all of Trump’s travel restrictions and it will require that Trump only issue a restriction when required to address a compelling government interest. 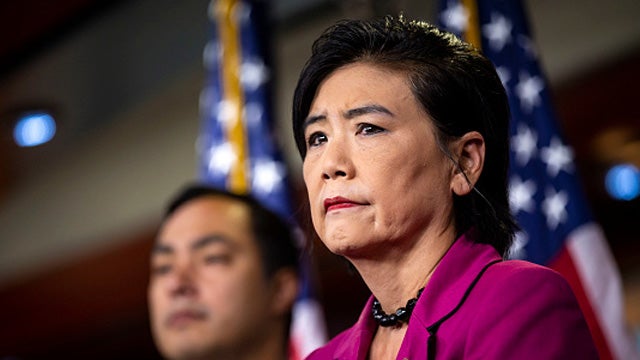 So the Democrats have done it. They have actually come out and introduced legislation to undo Trump’s travel ban, which is designed — you think this isn’t political? Trump’s travel ban is designed to keep European cases from finding their way into the United States. He’s trying to protect the American people. I told you the Democrats can’t stand any ban of their travel from their beloved European Union and so forth.