Bernie and Pelosi Address the Nation

Fox has Nancy as well. (interruption) Oh, that’s right. Fox just… (interruption) Well, we were gonna JIP Crazy Bernie, and then Fox abandoned Crazy Bernie to give us Pelosi. Dare we listen? Let’s. I’ll take a chance. Let’s JIP this and see what she’s saying just for the heck of it. If it goes on too long, don’t worry, we’ll bump out.

PELOSI: — these children will be four or five of their meals.

PELOSI: Our bill takes aggressive action to strengthen food security initiatives, including student meals, as well as SNAP, seniors’ meals, and food banks. As we develop our next steps, we will continue to listen to and benefit from the expertise of scientists, health care professionals, public health officials, and community leaders so that we can craft the most effective evidence-based response. 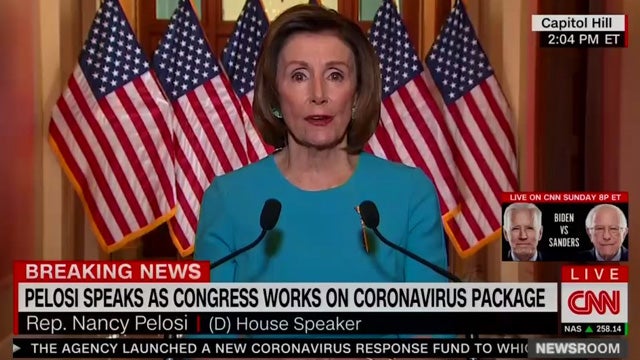 RUSH: All right. All right. That’s it. So we get the idea what’s going on here. They all know that Trump is coming up at 3 o’clock after the program. Trump has got some sort of… The word is that Trump’s gonna declare a national emergency. Now, a national emergency, essentially what that is is a blank check. So these guys, Pelosi and Crazy Bernie, are paranoid, because blank check is their bailiwick.

So Trump’s gonna come up with a blank check here in declaring a national emergency, so they have to get out in front of it. They had to get out there and beat it. So Crazy Bernie went out with whatever his prescriptions were (I didn’t get a chance to listen to much of what he was saying) and Pelosi has done the same thing. So they are attempting, the Democrats…

Nancy Pelosi’s Speaker of the House. She doesn’t have any authority over the executive branch. She has nothing to say about how the executive branch is gonna deal with this, and yet she’s out there doing an address to the nation on what she and the House Democrats are doing to make America safer and all of this. So there’s clearly a power grab going on.

The Democrats think that they’ve got Trump at a very weak and vulnerable moment where they can make it look like he’s not even president; he’s not even involved. They are trying to make it look like they’re taking over the whole thing. What is she saying, “students will be deprived of their meals with schools closed”? Is that what she said? Are we back to this? Are we back…? Are we back to the same argument the school lunch? So Pelosi… (interruption) Okay. I was unable to pick up on this.

I’ve just been informed one of the things that Pelosi’s saying… Are you ready for this? Since the schools are going to be shut down because of the coronavirus, Pelosi is concerned that the students are gonna starve. That’s right. See, there won’t be any federal school lunch program. The schools can’t open. Now, normally what would happen is even if they suspended classes, they would open the schools for lunch.

But they can’t open the schools because it’s the coronavirus. They gotta keep people from congregating there. So Pelosi’s on television right now assuring everybody that the House Democrats are gonna make sure that your kids don’t starve. (laughing) How many of you are parents whose kids aren’t gonna be going to school because of the coronavirus? How many of you are gonna let your kids starve?

How many are not going to feed your kids? How many of you are gonna sit out there and Little Johnny and Little Susie are gonna be bawling their eyes out and crying ’cause they’re deathly hungry? They’re starving to death! They’re looking you right in the face and (sobbing), “Mommy! Mommy! I don’t have any Cheerios!” and you’re not gonna give them any Cheerios because you don’t know how. Only the federal government knows how to feed your kid!

Your kid’s gonna starve right before your very eyes, because you don’t know how to feed your kid, and you may not even care enough to feed your kid because the federal government’s been doing it for so long. (laughing) Pelosi went on national TV to assure everybody that your kids will not starve. Now, did you get the details of how she’s gonna feed them, how she’s…? (interruption) We don’t know how she’s gonna feed them.

We don’t know how, what the distribution points are gonna be. Maybe get MREs from the military? I mean, how is she gonna do it? Oh, wait. Maybe Michelle Obama has some of that trail mix left over that everybody hated that she was giving out. Trail mix or whatever it was. Seriously! How’s Pelosi gonna feed your kids? But she’s assuring you that the federal government… The Democrats in the House, the Democrats. 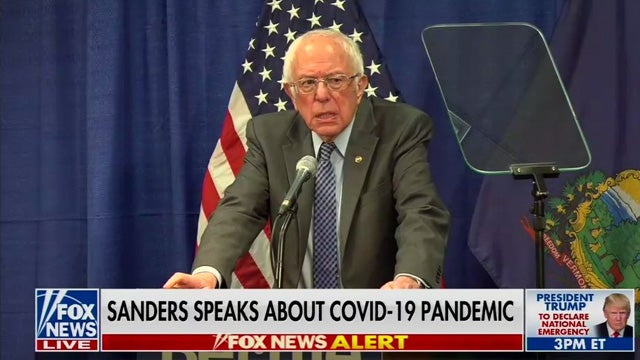 Not your elected officials, but the Democrats in the House, are not gonna let your kid starve (laughing) because otherwise you might! (laughing) I’m sitting here and I’m asking myself, “How long’s it gonna be before the rest of this country catches up with us, folks?” ’cause I know you’re on the same page with me here. But how long is it gonna be before the rest of the country gets up to speed?

How long before everybody wakes up and finds out/realizes what a scam is being run here. “Mr. Limbaugh, are you saying that coronavirus is nothing to be worried about?” Nothing of sort. I’m not saying that any virus is nothing to be afraid of! I’m telling you there’s a scam being run along with it. (interruption) They’re going to give money through SNAP? That’s the…? (interruption) Don’t tell me. Don’t tell me. SNAP. SNAP. (snapping figures) That’s the food stamp program.

So poor parents are gonna feed their kids via the SNAP program. Is that it? (interruption) Okay. Well, that’s a good thing, because poor parents don’t know how to feed their kids. Have you seen it? It’s a terrible thing to see. Have you ever seen kids that literally starving before their parents’ eyes? Apparently, this happens in this country, and it’s why we need the Democrat Party.

Because without the Democrat Party, this would happen far more often than it does. It’s a horrible thing to see, folks. Little kids sitting there on the floor, 6 or 7 years old, literally dying of starvation while their parents look on helplessly, not knowing what’s going on, not knowing why their kids are dying. It’s another reason why you need the Democrat Party and the SNAP program.

Here’s a sound bite. I gotta play this because you may not hear this one again. This is Andrew Cuomo. He held a press conference to talk about New York state’s response to the coronavirus. Now, I watched a little bit of it today, and… (sigh) Well, here. Let me play the sound bite first, and then I may add to it. Here’s what Governor Cuomo had to say… 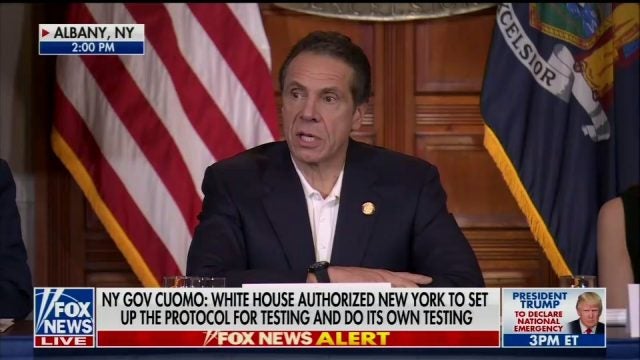 RUSH: Now, you may not hear that sound bite again, which is why I wanted to get it out there and to get it on the record. Now, Andrew Cuomo… I was watching this during the break at the top of the hour. He went on. He was talking about a bunch of things, and he said something else sensible in the midst of some other things difficult to follow. He said, “Most people are recovering from this.”

And I did a double-take. “Wait a minute! We’ve got a politician trying to talk people off the ledge rather than onto it?” And he did. He said it again. “Most people are recovering from it,” and he said (impression), “And, by the way, if it’s my daughter, I’m not gonna be as concerned as if it was my mother,” and he went on to explain why.

And this is kind of when he went off the rails, but I gotta be nice here. He said (Cuomo impression), “The daughter, well, you never know who’s driving the cab. You never know who’s sitting next to her on the bus. You never know. But because of her age, she probably not gonna get it. But my mother, well, my mother’s a different — I don’t know any more than my mother. Why? Because my mother gave birth to me. And as we all know, when your mother gives birth to you, she knows more than you do your whole life. So I can’t tell my mother anything. But I am gonna be concerned about keeping her away from the bus and the cab.”

Despite it all, I got what he was saying about the giving birth bit. It’s good to know he knows how that happens. Democrats and birth are not partners. Democrats and birth can be strangers. So Governor Cuomo understanding that his mother gave birth to him is a big deal and that that qualifies her — he was essentially saying that she’s an elder, she’s always gonna know more than I do and I gotta listen to her. And I appreciate that. That’s the way I was raised as well.