Dems Think They’re Beating Trump, But Nobody Wants Any of This

CALLER: Before I get to my point, Rush, I want you to look at Snerdley and the rest of your crew and what I am gonna predict I hope I’m wrong. I pray I’m wrong, but I’m not. The headline probably online right now and tomorrow’s headline about you and on The View is going to be, “Conservative host Rush Limbaugh wishes coronavirus on Joy Behar and the hosts on The View.” They’re nodding their heads, they’re nodding their heads right now, aren’t they? Headline, you said it —

CALLER: I know you didn’t. I know — when did they ever — I’m telling you, though, of course you didn’t. But you mark my words — 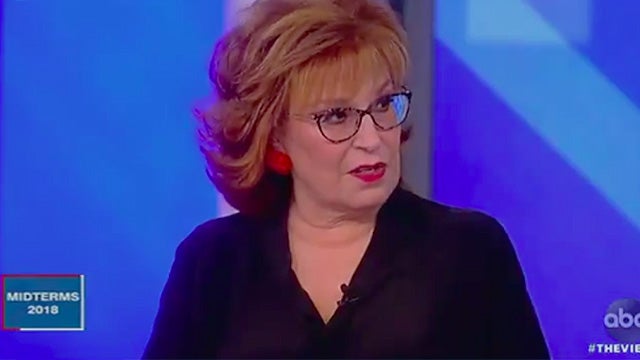 RUSH: You think there’s gonna be headlines saying I was wishing that Joy Behar was gonna get coronavirus?

CALLER: Yes. You don’t? How long have you been you. I only listen to you. So let me get to my point —

RUSH: Look. You’re on to something. That’s not what the headlines are gonna be.

CALLER: What’s it gonna be?

RUSH: The headlines are gonna be, “Limbaugh lies to America, claims no reason to be frightened. Limbaugh responsible for thousands of future deaths yet to occur because Limbaugh’s alerting –” That’s the kind of stuff they’ll do.

RUSH: Joy Behar has taken a leave of absence in honor of the coronavirus, or to not get it or to not spread it —

CALLER: I understand. You’re just playing with me now. You know I’m right.

CALLER: — a political thing of this. Here’s the thing —

CALLER: I hope I’m wrong. I’m just a loyal, humble listener. I’m probably wrong. This thing, the political aspect of this, though, once again, this is going to be, for anyone who’s nervous this guy going to hurt Trump — and I’m not a doctor. The biggest thing is the health. I don’t know anything about that stuff. I follow political stuff. And this is gonna be — this is his Challenger disaster, this is his 9/11.

Here’s what’s happened. This guy you talked about who said why didn’t Trump step in, he’s not doing anything. You and I damn well know, and every voter knows, Democrat or Republican, had he done that, which he probably didn’t even consider, not probably, he didn’t. Every attorney general in every state would have sued him because that’s all they’ve been doing recently. They would have sued him on behalf of the governor saying he had no authority to do that, that is a state function. Every single one of them the next day would have sought a cease-and-desist order from a —

CALLER: But my point of that is bigger. That is an example, every single thing they do, because, why? Donald Trump is like Lombardi, with Cramer —

RUSH: There are — (crosstalk)

RUSH: There are people out there writing right now that Trump’s presidency is over because —

RUSH: Do you agree with that?

CALLER: No. Of course I don’t. And it’s a joke. They don’t understand us. They don’t understand the majority. Here’s what they do now understand. They see Pelosi adding abortion legislation to emergency legislation and all kinds of other stuff. They see Trump getting one accolade, which was closing down the borders with China quickly; so when he goes to Europe, they have to be against that. And people look at it and say, What are you talking about? Why did it work for China? We now know Italy is closed down as a country. Europe itself is you walk across the street and you’re in the next country. 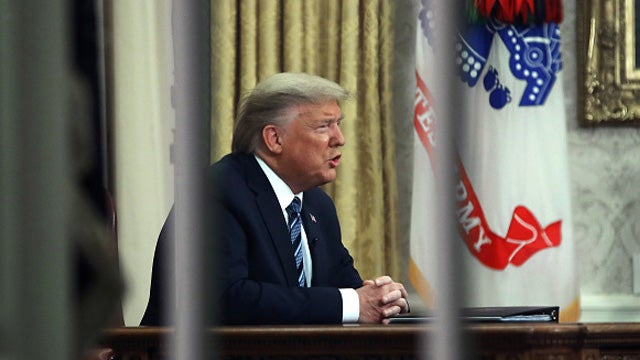 RUSH: I don’t think — you know, I wish you were right. I don’t think people see it in that kind of detail. The people that stay loyal to Trump are not gonna go that far with it. They’re not gonna say, “You know what? Italy and China had a lot of travel going back and forth, and that’s why the disease is more in Italy than anywhere.” They’re not gonna do that. They’re gonna be as suspicious of the media as they’ve always been.

This is the one thing the media doesn’t understand. And you would think that they would have figured out by now that they are not going to be able to separate Trump’s voters from Trump the way they’ve been trying to for three years. It just hasn’t worked. And all they’re doing now is doubling down on that. That’s not going to work. Because Trump voters don’t believe the media anyway.

In fact, the Rasmussen daily tracking poll, Trump’s approval number today in — now, the Drive-By Media pays no attention to Rasmussen. They think it’s rigged or they think it’s a right-wing poll, but Trump’s daily tracking approval number is 49% in Rasmussen. In Gallup and some of the others that the Drive-By Media pays attention to, he’s 40% and holding. They are dying to get him into the thirties. They’re striving to get Trump even just to 39%, then they would stop reporting on the coronavirus, and they would this start reporting on Trump’s approval numbers. But they can’t. They haven’t found a way to get it down there yet.

People are not foolish. They know that the media has been lying to them big time, not over minor little things. They’ve been lying big time about Trump and Russia, Trump and Ukraine, Trump being a Russian agent, for three years or more, and they’re not gonna all of a sudden start thinking the media is telling them the truth this week.

Now, if the media — and I think I’m safe. I’m gonna give the media a little lesson here and I’m safe doing it ’cause I know they’re not gonna listen to me. If they really want this news to affect Trump, then report every bit of it but never mention his name. Just talk about how deadly, lie through your teeth about everything, just don’t mention his name. The minute you people in the media mention Trump’s name, you have killed any effort that you’re making to destroy him because all you’re doing is causing Trump’s defenders to glom onto him even more tightly.

You cannot separate Trump from his voters. Trump is the only guy that can do it. And Trump hasn’t done anything in this episode to warrant his supporters abandoning him. Now when you tell them that they can’t go to his rallies, now when you force Trump rallies to be shut down, let me tell you something. This is gonna end at some point. Everything ends.

This is gonna end at some point. Everything ends. This is gonna end, and the stock market’s gonna be back at 30,000 faster than you can whistle Dixie, and Trump’s rallies are gonna be back again, and you’re gonna have record crowds at those Trump rallies. You people in the media and in the Democrat Party, you think you’re winning with this? You think you’re ending Trump’s presidency?

You think you’re blaming this virus — which has killed 40 people — on Donald Trump? You think you’re getting away with it? You don’t know the half of it. Wait ’til this ends. The baseball season’s gonna resume. This stuff has to end! They’re gonna play the Masters. The NBA is gonna have its championship and its finals. The NHL, ditto. They’re not gonna sit there and suck.

Not even these people are gonna lose everything for a whole year simply ’cause they hate Donald Trump. Mike Bloomberg doesn’t have enough money to underwrite all this. This is going to end, and when it ends, this stuff is gonna rebound, because nobody wants the market to be at 21,000. Everybody wants it to be at 30,000. Nobody wants to be sequestered at home.

And it’s gonna be the last time they see anything resembling victory because the American people are not going to want to go through this. The people who are making it look like they’re loving this are gonna pay the biggest price, and who’s that? The Democrat Party looks happy talking about this stuff! It’s one of the things that sickens me. The media looks happy.

I was just talking about it.

They’re excited about it!

They can’t wait for the next bad headline.

They can’t wait for the next bad prediction. 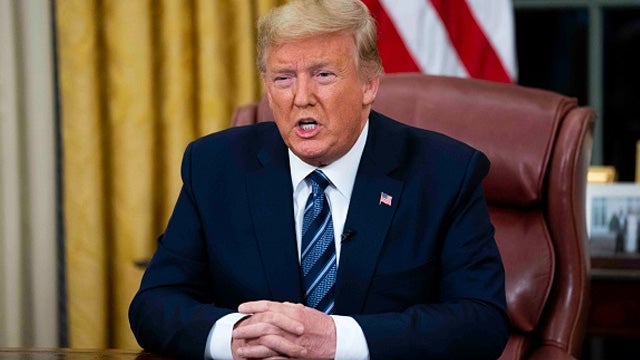 David, South Bend, Indiana. Great to have you with us, sir. Hello.

CALLER: Thank you. Hi. Hey, Rush, quick comment. The media, unbeknownst to them, is actually making Trump a hero. And when this flu is over in the shortest history of flus with the least mortality rate, the story’s gonna drop faster than Epstein’s story.

RUSH: If, if it does. See, they are in control of this. And when you see people like Anthony Fauci and the NIH people talking about how, “Well, this virus, we’re gonna be discovering new cases for the next two months,” they want that to be the case. The key is gonna be the death toll, David. That’s the key. We hope they’re not monkeying with that. I mean, they would love to monkey with the reported number of cases. The bigger, the better, as far as the Democrats are concerned and the media.

But the death toll, that’s what you’re talking about. And that’s gonna be the thing to keep an eye on. And right now they’re not even talking about the American death toll because it’s so low, as are the overall number of cases.