RUSH: Steve in Cortez, Colorado. Great to have you, sir. Hi.

CALLER: Hey, Rush. Gotta apologize. I’m a little out of breath; I’m working my butt off here. But I’ve got a question and then I have a request if you have time.

CALLER: My question is: What would you consider your greatest accomplishment?

RUSH: Ooh. Oh-ho. My greatest accomplishment. Oh, man. I don’t think like that. You know what? You need to get… I would love to answer this, but I need to think about this. Do you have anything in mind? Do you have any multiple-choice options in mind that you are thinking of here that you’re hoping I say is a greatest accomplishment or is your question just open-ended?

RUSH: Well, see, when you start talking about accomplishments, working in one radio show for 30 years is unheard of. It’s an accomplishment. Is it the greatest one? I don’t know. You know, surviving eight years in New York is a major achievement. Is it my biggest one? I don’t know. Turning radio prime time from six to 9 a.m. to noon to 3 p.m. Is that a major achievement? Yes.

But that’s… That’s… (mutters) I don’t know. (interruption) Well, could… (interruption) You’re looking… (interruption) See, I’m getting various help here in the IFB. “Whoa. You’ve revolutionized conservative media.” I don’t… You know, when I start thinking about my greatest achievement or accomplishment, that’s the problem. Do I decide to judge this in terms of the business I’m in, which is radio, not politics? Politics is not my business.

I don’t want to make too big a deal out of that, ’cause I do not want disappoint a lot of people. But I am in radio. I have specific requirements that have to be met here — and, if they’re not, this show’s not on the air, and you don’t know who I am, whatever my politics are. (sigh) So… The guy’s serious. I can’t just fluff off the answer here. I’ve gotta give it some serious consideration, which I will do.

RUSH: Mr. Snerdley told me that our last caller, there’s another part of his question. In addition to the greatest accomplishment, he wants to know what I think I could have done better. Now, that, that I can answer any day of the week, and that’s pretty much everything. You would not believe — well, you probably would.

I go home every day, and I do a postmortem on this show in my mind. I don’t talk about it with anybody. I just relive it. I think of all the things I could have done differently or better. The great thing is I’ve got tomorrow, the next day, to fix ’em, to do it better, so forth. So it never really depresses me or gets me down other than the realization that I could have done it better.

I think I could have used the time I’ve had a lot better in some instances. I think I’ve squandered a lot of time. But that’s subjective. I look at somebody like William F. Buckley, who I don’t think he squandered a minute of his life. He was — and there are a lot of people like him — just constantly active, out doing things. 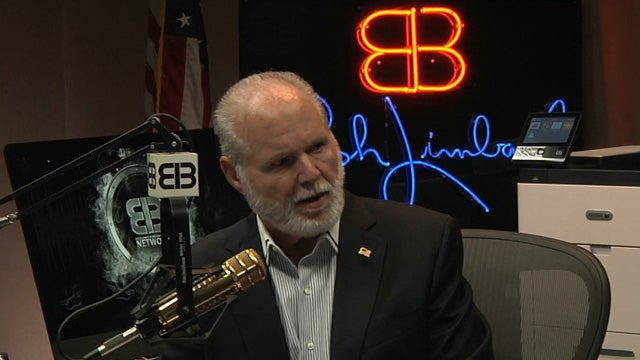 I happen to love being at home. A lot of people hate being at home, but I absolutely love it. I’ve never understood people that spend a lot of time designing or building or whatever they do with their home and the minute it gets done they leave and they’re never there. I’ve never understood that. I love my home. I love being there. Why it exists for me is to be there and to get the most out of it as I can. There’s nowhere I can go, without taking a whole bunch of stuff with me, where I can be as comfortable and productive and happy as I am at home.

I resent this. I could never be a journalist. And these people, they’re a pack now. And I don’t care what network you’re talking about or website — there might be some exceptions to websites. Can’t read ’em all, don’t know. But you can’t turn on TV without seeing the same thing on any network. It doesn’t matter what network it is during the news coverage portion. Not so much the opinion programs and prime time. But the news coverage portion.