RUSH: Mr. Matthews, thank you very much. I found a way past the call screener on this program, folks, because I, as the architect of this whole enterprise, would know how to do that. And I cannot tell you how great it is to be back here, even if it is just for a half hour or so here on the phone today.

I’m so sorry that I’ve missed this week and some days last week. None of this was intended, of course. And I want to share with you some of the details of why I’ve missed. Even though I vowed not to become a cancer patient, at some point I’m gonna have to divulge some of this stuff because these absences are longer than expected. And, of course, watching what’s happening in our country is unbelievable, and from the perspective of not commenting on it every day.

And I’m traveling a lot. My treatment requires travel to different places. And no matter where we’ve been this country is shut down. It’s just incredible. And I’ll tell you, folks, it has been scary to me, it has been frightening to me to see how easy it has been to do this. In a matter of, what, weeks, we have destroyed all of the wealth created in the stock market the last three years? It’s uncanny here.

And the bigger question that I have, which we’ll address in much greater detail next week, is what kind of country are we going to have when this is over? Because it isn’t gonna be the same country. I mean, why even have budgets? We don’t have $2 trillion to be giving away to people. I’m not objecting to doing it, don’t misunderstand. We don’t have the money. We have a national debt of 22, $23 trillion. We don’t have this money. We’re printing this money.

You remember how everybody was fit to be tied when Obama had a $787 billion stimulus? That wasn’t even $1 trillion. That led to the creation of the Tea Party. People feared the meaning, the future, all that spending, what it would mean for their kids and their grandkids. Now look. And of course nobody’s objecting to it because on the foundational side of this we’ve got this virus that is like a thousand airplanes crashing every day in terms of psychological effect it’s having on people. So, it’s a fascinating case study to me, and it’s worrisome and it’s troublesome. 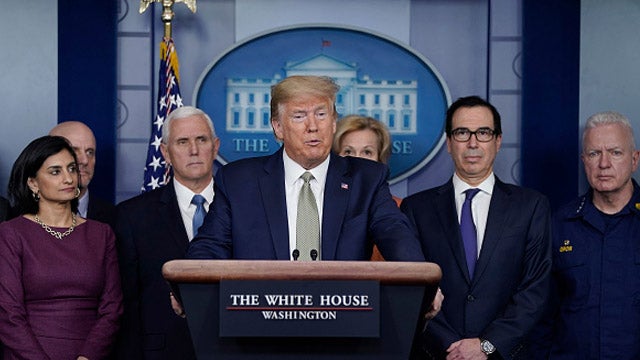 And I’ve been watching people routinely accept whatever the authorities say. Where I live, the local town government is driving around town trying to spot people violating the social distancing ordinances. And when they see it, they publish it on their website, “This is very troublesome. We at the town are very troubled by groups of people congregating, violating the social distancing.” Well, what do you think people are gonna do? People are not just gonna sit around here and stop living. Anyway, most of this is for next week. I’m just kind of setting the table. ‘Cause once I get going the time starts flying here and I’m gonna be out of it before I know it.

RUSH: And here we are back at it, Rush Limbaugh on Open Line Friday, the EIB Network, broadcasting to you from a secure and safe location. And, my friends, let me add something. I don’t mean to be selfish here. I was sharing the details of the status of my cancer treatment. Even though I vowed I was not gonna become a cancer patient on this program, odd things have happened, and I’ve been away longer than I intended, and I wanted to share these details because I know that all of you are going through difficult times.

Everybody’s going through difficult times; I don’t mean to focus on mine. I mean to say, “I’m among you.” I mean to say that we are all in this together. We are all facing something. I’m not complaining. Please don’t misunderstand. I’m simply informing you, because I got word that a lot of people were wondering where I was and why I hadn’t come back, and I hadn’t given any of the staff permission to share any of the information because dissemination of that information should come from me so that it’s done correctly with no errors, transmission, translation, or what have you. 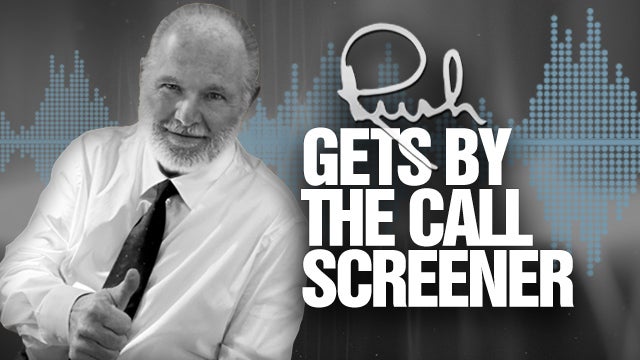 But I think we’re all gonna persevere with American spirit. You know, we’re the United States of America, and we have been through things like this throughout our history — and we have triumphed over all of them. I can only think of one instance where we didn’t (and that’s kind of a toss-up and it could be explained) and that would be the Vietnam War. If you want to talk about Washington experts and deferring to them…

You know, I got a great note. Mr. Snerdley sent me an email that contained a really wonderful note from Rocky Bleier of the Pittsburgh Steelers, of the dynasty Pittsburgh Steelers of the 1970s. I met Rocky Bleier at a Bakersfield Business Conference some time ago, and I gave him a hug. I felt a connection simply because I loved the Steelers. I’d never met him before.

So he sends Mr. Snerdley this very nice note saying he had just heard of my cancer diagnosis, and it reminded me that Bleier almost missed his NFL career because he was in Vietnam. He was sent there as a 19-year-old. He was severely injured in his foot, and it took a lot of rehab and a lot of medical care and treatment for Rocky Bleier to be able to return to the Pittsburgh Steelers.

I think ESPN just recently (within the past six months) took Rocky Bleier back to where he was in Vietnam, and they did a little documentary about it, and the heat and the humidity were such that he collapsed. He passed out. And I remember… I’m Rocky Bleier’s age. I’m of the Vietnam generation. I’m watching it, and Rocky Bleier is breaking down and he’s obviously…

He did his duty. Everybody who was assigned went. But why were we there? What was the point? What was the objective served — and who sent us there? Who sent us there was a bunch of Washington experts who, in that instance, may have thought they were doing what they should have done, but they were not. It was a giant mistake. But even that mistake…

Time is dwindling away here. I’ve got a point that I could relate to that and coronavirus if I had the time here, but that’s what next week will be for. The point is, we’ve overcome all of these obstacles and we have done it by coming together, because there was always something that united us. There was always something we had in common, and that is that we were Americans, and there was great pride in being Americans.

It was almost like the kind of great pride being on a championship team of any kind — baseball, football, basketball, you name it. We were Americans. And we’ve lost that. We’ve lost that in recent years because of the partisan divide and because one of the parties in this country does not want America to be that anymore. That is what we will triumph over. That is why it’s so important to have somebody like Donald Trump in the White House who can see an end to this, who doesn’t want to sit here and have to accept this as the new norm.

Even if it takes $2 trillion infusions, $3 trillion infusions to bring this country back, then so be it. We can do the postmortem when this is all done and taken care of. We still have obstacles. We still have obstacles to overcome in getting back to normal. Look, very quickly, there’s a U.K. epidemiologist who got all of this started by predicting 500,000 deaths in the U.K. from coronavirus.

He just had to correct himself ’cause his models were wrong. Just like the climate change models are wrong, this guy admits that his models are wrong, and now we may not have more than 20,000 deaths in the U.K. The same thing is gonna be the case in the United States. I’m out of time, folks. It’s been great being with you. I appreciate the opportunity so much to be able to square things.