Trump Has Risen to the Occasion, Dems Sink to New Lows

RUSH: Folks, I mentioned to you at the beginning of the program that the media remains an obstacle here. And they do, and we could do three hours every day on it. And I don’t intend to do that. But I do want to have, you know, a little bit of an ongoing illustration of what I mean rather than just say so. 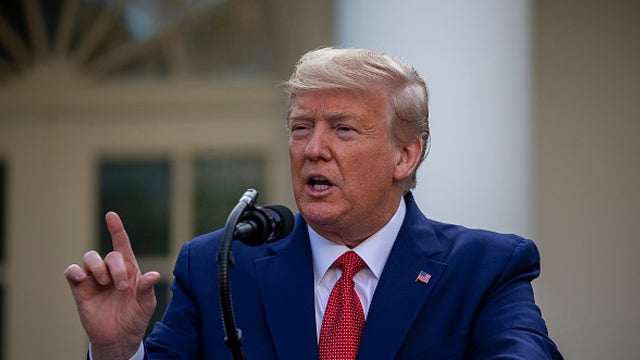 Now, last Friday on the 27th of March around 5:30 p.m. ABC News tweeted the following: “51% of Americans approve of President Trump’s handling of the coronavirus outbreak, 45% disapprove, an ABC News/Washington Post poll finds.” So that was last Friday. It’s a little tweet. Somebody at ABC realized we can’t let that be the defining lead story of our poll. So they rewrote the story, and here is the headline: “Coronavirus impacts: Disrupted lives, elevated stress, and soaring worry: Poll. Many report stress, worry, over the virus; 77% have experienced disruption.”

Not a word about Trump’s approval number. And that’s what the story is. The story is their poll. So they tweet: “51% of Americans approve of Trump’s” — a tweet, by the way, 5:30 on a Friday when nobody will see it, you know, document dump Friday. So they get it out there. Then they rewrite the story. And we find out that the polling data is adults. It’s not registered voters. It’s not likely voters. It’s just adults. It’s the least informative sample you could report on.

“This ABC News/Washington Post poll was conducted by landline and cellular telephone March 22-25, 2020, in English and Spanish, among a random national sample of 1,003 adults.”

Not likely voters, not registered voters, not informed voters, just adults. “Results have a margin of sampling error of 3.5 points, including the design effect.” The design effect? You mean where you purposely oversample Democrats? “Partisan divisions are 30-24-37%, Democrats-Republicans-independents.”

Okay. Now, a pull quote from the story. “In the political arena, President Donald Trump’s overall job approval rating advanced to his best on record in ABC/Post polls, 48%, even as 58% say he acted too slowly in the early days of the outbreak.” He didn’t act too slowly. He acted timely. He started banning flights from China. It was the Democrats who called him a racist and a xenophobe and told him he can’t do it. They fought him on the shutdowns, they fought him on closing the borders. 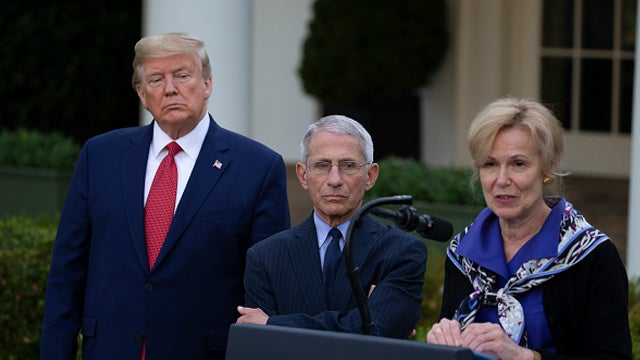 Here’s CNN, Chris Cillizza. “Here’s an indisputable fact: President Donald Trump is as popular today as he has been since his first day in office.” It’s actually a Gallup poll being reported by CNN, very snarky.

“In a new Gallup poll, 49% approve of the job Trump is doing as president while 45% disapprove, matching the highest his approval rating has ever been in Gallup surveys. A Monmouth University poll released on Monday showed Trump at 46% approval, again the best he has done in that poll in more than three years.

“What accounts for Trump’s rise? Simple: His response to the coronavirus crisis.

And then CNN says: “On one level, this isn’t terribly surprising. Polling consistently shows a rallying effect around the president when major crises face the country.” And they go on to talk about September 11th. But it doesn’t mean that they can’t try to do something about it. Donald Trump has moved heaven and earth to solve problems, problems of individual Americans, cities, states, federal agencies. You ask, he answers.

Americans are suffering. The Democrats are trying to profit politically and even financially off the despair. As we know when left-wing interest groups get money from Congress, they donate it right back to Democrats, it’s a money-laundering scheme. It’s what Planned Parenthood is. It’s what union donations are, glorified money laundering scheme. “What do you mean by that?”

Okay. Let me illustrate it for you. For those of you who are new to the program. The Democrat Party up until today couldn’t just walk to the Treasury and write itself a check, a campaign donation. It couldn’t do that. So what’s the next best thing? You come up with a stimulus plan that bestows billions of federal dollars on who? Your constituents. Unions, Planned Parenthood, take your pick. What do they do with the federal money they’ve gotten? They turn around and donate a portion of it back to the Democrat Party, to individual Democrats, to the DNC.

So you take government money, you put it out to people in the stimulus, you wash it, you launder it, and then it comes back — not all of it, of course, but a hefty amount comes back to the DNC, the Democrat Party as a result of money donated to the Kennedy Center, to NPR, the Planned Parenthood group, their related pro-abortion industry people and, of course, the big unions all over the place. And that’s the way the money laundering scheme works.

That’s what Pelosi and Schumer were making sure happened when this stimulus package was devised and debated. The Democrats are living in panic right now because — look, folks. Common sense is that the American people are not going to change horses in the middle of a crisis stream like this. It’s statistically borne out that presidential elections in periods of time like this, wartime, you don’t throw out the incumbent. “But, Rush, but, Rush, what if millions are dying and what if nothing that’s working seems to be working and what if nothing tried — will Trump will be?” Well, yeah, you go down the road and if there’s something like that were to happen, but the Democrats still have to have an alternative. And they don’t like the alternative.

They don’t like Biden. The very fact they’re salivating over Andrew Cuomo is proof positive they know Plugs isn’t the answer. Folks, they don’t have anything. They don’t have anybody. And Cuomo can’t run. Their own rules say — oh, wait. Slap me. Democrats and rules. They’ll change the rules in midstream if they have to. If Cuomo became the nominee, that would once again put the spotlight on Cuomo’s actual job as a governor prior to all this, and it’s not gonna look good. He’s not their answer. He may be perfectly placed where he is now.

And you may not want to Peter principle the guy. He may be perfectly placed where he is, governor of New York, giving motivational speeches to the National Guard and things. But in terms of a viable alternative candidate, the Democrats… I mean, it’s been pathetic. Whoever is putting Joe Biden…

You know, Biden, they built a TV studio for him in his rec room and then they sent Plugs down to the rec room to brag about how it only took four days to put this thing together and how it’s technologically advanced. It was sad. He couldn’t stay on topic. Whoever is putting him out there… Every family has had somebody go through in their life what Joe Biden’s going through, and they can relate to it.

The one thing you would never do with your family member going through what Biden’s going through is elect them president. You wouldn’t even want them nominated. Yet somebody in the Democrat Party’s putting him out there, and you know why they’re doing it is because Plugs is seen to be like Bob Dole was in ’96.

Trump could easily say, “I’m not gonna debate the poor guy. I’m not gonna sit here and participate in the public humiliation of Joe Biden. I am not gonna help the Democrat Party ruin this man’s reputation. There will be no debates, because I like Joe Biden.

“He’s a nice guy. He doesn’t deserve what the Democrats are doing to him.” I can see Trump doing that, ’cause if there are debates, they’re not gonna last more than a half hour before somebody throws in a white towel from off camera — and then the CNN/ABC people start crying on camera.