RUSH: Hey, ladies and gentlemen, a lot of us are spending more time at home right now. It kind of goes without saying. It’s mandated in many places. It’s required. It’s common sense. The bottom line is that more and more people are spending a lot of time at home — and you know what? I have something I want to say about that. 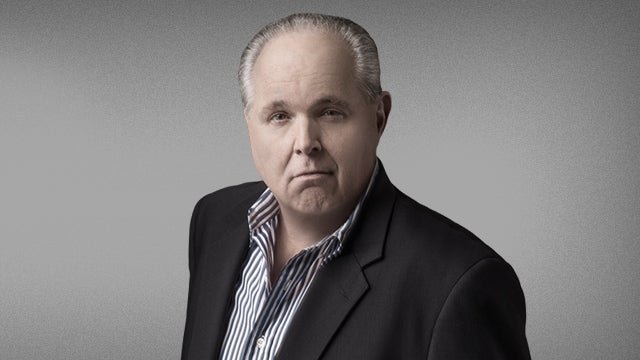 ‘Cause I saw somebody saying, “Well, this is horrible! Our kids don’t know what to do. They’re going stir crazy.” It’s a great time to teach ’em some discipline. All kinds of great things can happen at home. Look, I mastered social distancing years ago. The governor of Florida has put out this edict.

People must stay at home through the middle of whatever it is, May. I’ve already mastered that. I love home! Any rate, many people are at home right now, and you’ve got time. I got a note from Professor Hazlett. Professor Hazlett has cleaned out his garage. He feels as sense of achievement and accomplishment, something he would have never done without this. 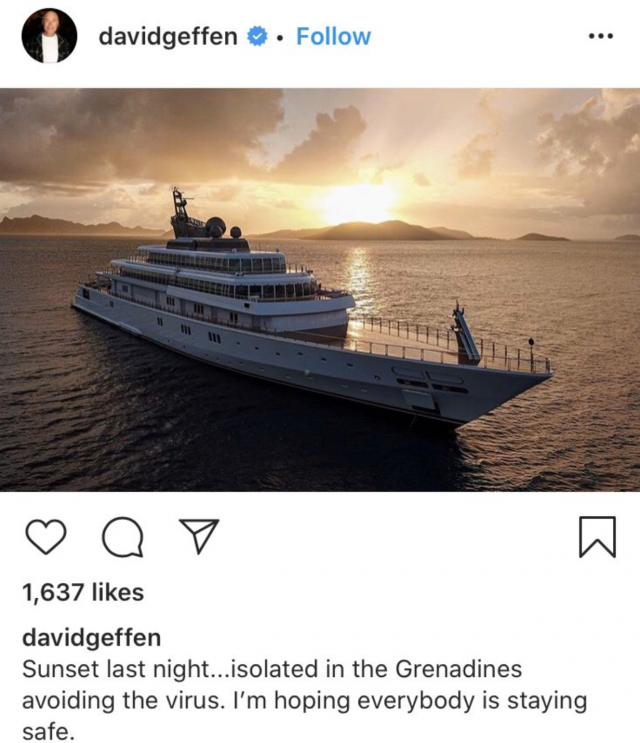 RUSH: Hey, did you all see the Instagram photo that David Geffen put out? David Geffen has a $600 million yacht, and he’s a $8.5 billionaire, DreamWorks, Geffen Music, big time, sold his house to Jeff Bezos out there for $165 million, whatever. He Instagrammed a photo of this yacht of his at sunset in the Caribbean in the Grenadines islands, and he captured it by saying, “Peacefully escaping the virus on the calm seas of the Caribbean in the Grenadines.”