RUSH: Barack Hussein O has tweeted! Obama has weighed in. Quote, “We’ve seen all too terribly the consequences of those who denied warnings of a pandemic.” Who the hell is he talking about? Pelosi? The Democrats in New York City? 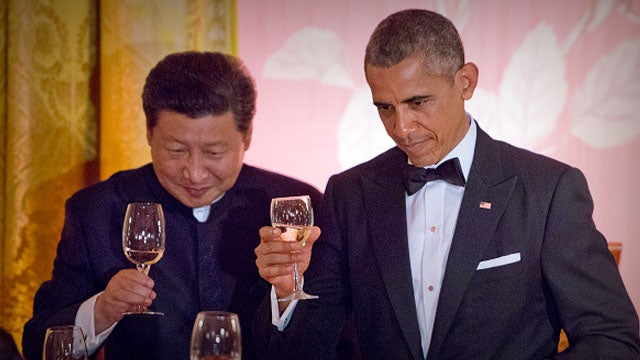 He said, “We can’t afford any more consequences of climate denial.” So now they’re linking climate change to this virus, to this pandemic — which started in China — and that’s just the first two lines of the tweet. There’s more to it.

RUSH: Here’s the rest of Obama’s tweet. Let me get back to it. In fact, I’ll read the whole thing to you again. New tweet, Barack Hussein O, equating the Chinese virus with climate change and Donald Trump’s pulling out of the Paris accords, essentially.

There are pictures, video, stories, of New York City politicians urging people to go to their parades in January and February saying, “There’s no threat from the virus.” Who denied warnings of a pandemic? He said, “We can’t afford any more consequences of climate denial. All of us, especially young people, have to demand better of our government at every level and vote this fall. “‘Trump Rolls Back the Biggest U.S. Effort to Combat Climate Change — The Trump administration on Tuesday released a set of weaker fuel economy standards for new cars and trucks, pitting the federal government against California on a policy key to combating climate change.” In all of this, Obama’s worried about climate change, which is something that we can’t control no matter what we do.