Tiger King’s Nothing Compared to Making a Murderer

RUSH: I was also given a challenge by the staff yesterday to watch this Netflix show that appears to have captivated the nation called Tiger King, and I was told that once you tune in, you can’t turn it off, that it is the most… Whatever negative thing you’ve ever conjured, and it never ends. It’s just… It’s despicable, it’s sick, it’s what have you.

So I tuned in; I watched this thing. Remember, I tried to tell you, there’s something on Netflix that’s far better than this, and I told you people about it, and you acted like you didn’t know what I was talking about. It’s called Making a Murderer, and it’s a real-life thing about a guy in Manitowoc, Wisconsin, Steven Avery.

If you… (chuckles) It is a Netflix series, and if you want to get scared, if you want to watch something and say, “Oh, my God, are these people actually voting?” watch Making a Murderer. Now, I don’t deny that Tiger King is… I could easily turn that thing off. I was unlike you.

But, you know, to each his own. 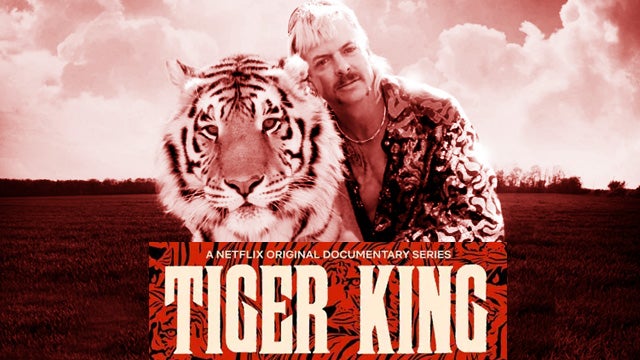 I didn’t finish the first episode. I have probably 10 minutes left of the first… (interruption) Yeah, that’s what you say. I haven’t seen the best parts. There are seven episodes and they supposedly get worse. The last thing I saw was Joe Exotic is himself in a cage now. He’s behind bars in jail for a murder-for-hire plot against that wacko babe in Tampa whose husband is missing.

RUSH: By the way, ladies and gentlemen, a friend of mine — a famous Charlie’s Angels actress — sends me a note claiming she, too, could not get past much of the first episode of Tiger King. So I, El Rushbo, am not alone in finding it uncompelling.

If you want to watch something really compelling — if you think Tiger King is all that — watch Making a Murderer on Netflix. Oh, ho, ho! It has the added benefit of being true, too, and I think it’s much better made, much better produced.