RUSH: This morning with PMSNBC, Willie Geist cohosting the Morning Joe program on that network, had the cofounder and CEO of Axios, Jim VandeHei or VandeHei. I get confused on the pronunciation of his name. I think this guy was one of the original cofounders of The Politico. And the question: “It looks like finally yesterday the president made the phone call to Governor DeSantis, the dominoes fell from there heading to the state stay-at-home order.”

And so a couple days ago DeSantis did issue a 30-day stay-at-home order with exceptions for essential businesses. And, yes, ladies and gentlemen, EIB is an essential business in Florida. EIB must stay open. We are media. So here’s Jim VandeHei or VandeHei, question: “It looks like finally the president got DeSantis to do the right thing in Florida. What do you think about that?”

VANDEHEI: What you’re seeing here — and this is a bigger problem for society — is information inequality. Like why did DeSantis do what he did? Why did Georgia wait so long? It’s because they were listen to President Trump, they were watching Fox News, they were listening Rush Limbo, all of who were downplaying this. The information was there, but in that information bubble they were basically getting a lot of sort of noise and news pollution. And it has huge consequences.

RUSH: Come on. Jim, you know what you’re saying is a crock. And you know how to pronounce my name. You know it isn’t Limbo. I just got the Presidential Medal of Freedom, for crying out loud, at the State of the Union. You know how to pronounce my name. I’m sure it grates on them. And he misspoke. He’s talking about Florida. He said Georgia. DeSantis is the governor of Florida. So now they’re blaming Fox News and listening to Rush Limbo as the reason why they’re lagging behind in shutting down the economy. Information bubble. Lot of noise. News pollution.

No. We’re happening to focus on facts here. And, you know, I’ve never been a conventional wisdom guy. One thing that always amazes me is how every one of you people in journalism doesn’t question a thing. Whatever the authorities say, you have this unending respect, and you never question ’em? You were the people that are supposed to speak truth to power, I thought. You’re the people that are supposed to look at people in power and be curious about how they’re using it. Now you just fall right in. And whatever they say, whatever they say their models say, whatever their commands, whatever their demands, you just flat-out fall for all of it and repeat it.

And the reason is you think you are them. You think you are this administrative state. You’re not media anymore. You are the administrative state. You are in the same plane as these people, in the same group of elites. So you never question them. And those of us who do somehow are heretics. Heretics, for those of you in Rio Linda.

RUSH: To the phones we go. This is Jean, upstate New York. It’s great to have you here. Hello.

CALLER: Hi. Thank you so much for taking my call, Rush. 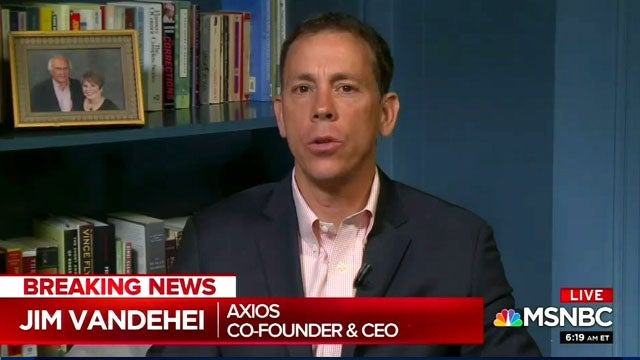 RUSH: By the way, Jean… Wait just a second, just a second. Folks, OJ Simpson has weighed in on Tiger King. OJ Simpson, an expert in this, has proclaimed that Carole Baskin did put her husband in a meat grinder. OJ does believe that — and if there’s anybody who would know about things like that, it would be OJ Simpson. I don’t know this from watching the program. I read that in the newspaper.

Okay, Jean, sorry for the interruption. Back to you.

CALLER: Oh, no. I appreciate the interruption because (chuckling) now my day is complete with, you know, breaking news.

CALLER: I really wanted first to take a quick second and thank you for really keeping us — and me really informed — on real facts, and you indicate your sources. It is so refreshing, and you help me. So thank you, sir.

RUSH: I appreciate that. I really do. One thing I want everybody to know: Contrary to what you’ll see said about me and many others in conservative media, folks, the last people with any curiosity in this country are the American media. They are lapdogs for whatever the agenda they support is. And anything that’s outside that agenda needs to be attacked, discredited, destroyed — including people like me who articulate things they don’t believe in.

It would destroy my career, reputation, everything in 30-plus years I’ve built. There’s no reason to lie to you here. There’s no reason to make things up. We make mistakes, find out we made a mistake, we correct it as soon as we can. But we do not purposely lie to advance an agenda. And I don’t ignore things that would harm things I believe so that you won’t hear about it. I’m literally interested only in sharing what I honestly think with you.

I like to provoke thought. I think thinking is crucial, and there’s not enough of it that goes on. Too many people, especially in government/media, are just lapdogs for whatever, quote-unquote, “expertise” tells them.

RUSH: Jim VandeHei said earlier today that people who listen to this program are in a bubble, that you’re not being told the truth of things out there because we are not respecting verbatim the word of all the authorities and so forth. And I want to give you an illustration of how they’re the ones in the bubble and we’re not and you’re not.

At CNN, they just discovered that chloroquine works. Now, we have been telling you about chloroquine and the Z-Pak, and we have been asking where are the stories on the success of this combo of drugs, because we know that chloroquine is effective, it’s being proven effective, and we’re wondering why there aren’t any more stories on it than there have been. And we know why. Because social distancing is the cure. Social distancing is the order of the day. And it boggles my mind.

University of Pittsburgh Medical Center says they’re on the road to a vaccine. That story ought to be bigger than it is. Now the city of Toronto has banned public events through the end of June? Anyway, I want you to listen to this. This is just moments ago. Anderson Cooper talking with Dr. Sanjay Gupta. He’d their head medical guy. He said, “President Trump was effusive about this derivative of chloroquine. A small study said it helped with moderately ill patients. Is the key here, though, they were not severely ill patients or do we know much about this?”

GUPTA: If we weren’t in the middle of a pandemic like this, this isn’t a study that we would necessarily even report on, on CNN, because it’s so early and it’s so small. But you’re right, it was mild patients that received the treatment and they compared it to other mild patients who did not receive the treatment. The results here, they did see some improvement. There’s lots of things to consider here, but these are unusual times. I think that goes without saying. So, they’re going to expand these trials recently, it’s happening in New York, these trials are getting quite large, hopefully we’ll have some data soon.

RUSH: Right. Who’s in the bubble here? We’ve been talking about this for three weeks. Fox has been talking about this for three weeks. CNN is just now discovering it. And, by the way, it’s working for more than just moderately ill people. That’s what’s frustrating about this. I know the president’s not hyping it a lot, either, and that’s because they have to take some time, it’s an FDA approved drug for malaria. Chloroquine is approved for malaria. It’s been around for 50 years. It works for malaria. They’re giving it to some hospital personnel as a prophylactic hoping it will limit any damage if they do come down with the coronavirus.

I’m sure what they’re doing is giving enough time to go by to make sure there aren’t any late-breaking side effects or delayed side effects. The worst thing that could happen would be to proclaim this thing, “Hey, this is the answer right now” and then for a month or six weeks later after somebody takes it, some side effect to happen so I understand the need to go slow with this. But to downplay this, to downplay everything while we hype the social distancing of computer modeling, why not do everything? Why subordinate other things? I know the answers to this. It’s bureaucracy, and the primary objective of bureaucracy is to CYA.