RUSH: Speaking about the N95 masks, a lot of people… We’re not gonna be going to the phones. There’s something I’ve gotta do here first. I told the broadcast engineer stand by for the phones. We’ll get the phones after the break.

I’ve had a lot of people react with curiosity to me. Some people are upset by this. Some people are very happy about it. A lot of people are suspicious of it. Robert Kraft and his son Jonathan, the owners of the New England Patriots, sent their team plane — it’s a Boeing 767 — over to Shenzhen, China, to pick up a bunch of N95 masks from the ChiComs.

Other people are saying, “Isn’t it a great thing that the Krafts did? Isn’t this a wonderful thing?”

[Wall Street Journal] “The Massachusetts governor struck a deal for supplies but needed a way to transport them…” The governor of Massachusetts found a way to get some masks for the hospital system in Massachusetts. So Robert Kraft… The Kraft family is intertwined with Boston like no other family is. 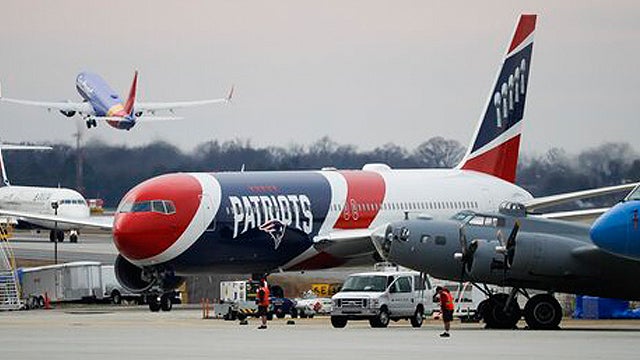 “At 3:38 a.m. Wednesday morning, the … team plane departed from … Shenzhen, China.” It’s a Boeing 767. “[I]n the cargo hold…” The cargo hold is where they put the players’ equipment, everything they need to go when they take the team on the road. It seats about 70 people. It’s been outfitted to carry a football team. It’s not a cargo plane.

“There were 1.2 million N95 masks” on the Patriots’ plane “bound for the U.S. Video and pictures of the event show workers in masks and full-body suits at Shenzhen … Airport loading box after box of the scarce and valuable personal protective equipment onto a red, white and blue plane emblazoned with the Patriots logo…”

The ChiComs allowed the Patriots’ plane to be “on the ground … for a maximum of three hours.”

This is actually a phenomenal story, how this all happened.

RUSH: Robert Kraft, the owner of the New England Patriots, said, “I’ve never seen so much red tape in so many ways and obstacles that we had to overcome,” just to go to China to get some N95 masks and bring ’em back. The Chinese government gave them permission to be on the ground for three hours. They were able to load that plane with the things they needed in two hours and 57 minutes.

They had to stop in Anchorage, Alaska, on the way because the airplane does not have the international avionics necessary to make the trip. So they had to upgrade the avionics in the cockpit. In addition to that, they had to put spare tires, and they had to select spare parts for engines and for other parts of the plane that they couldn’t count on the Chinese having were there any kind of malfunction.

A mechanical malfunction en route or after they had landed — like if they blew a tire on landing, they couldn’t count on the ChiComs having a spare for a Boeing 767. They had to take all of that stuff. They had to make sure they had it — and the Chinese made them bring all that stuff. They said, “We’re not providing you anything.” They had to make sure they were able to land and then get back off the ground, whether they had any kind of a “mechanical” or not.

They had to take the crew.

The crew had to have its proper crew rest.

The stop is Anchorage when you go to China. You leave the United States, you go to the Left Coast, then you fly to Anchorage. You stop. You rebirth. You regenerate, sleep, whatever. Re-stock the airplane, refuel, head on over to China. Three hours on the ground for the turnaround to refuel, to load it up, and then get back on the road — on the way — to Anchorage and then finally back to Logan International Airport in Boston. 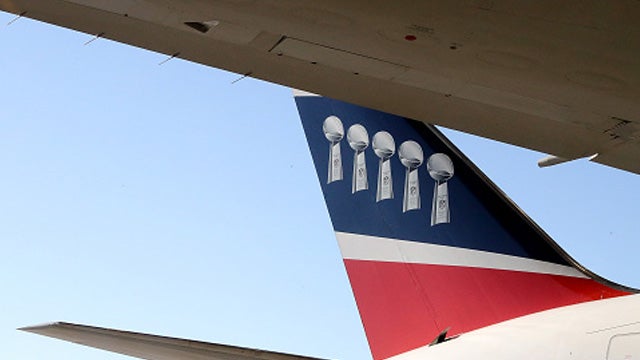 They had to get all this done for a million N95 masks. Now, the Krafts were happy to do it. The governor of Massachusetts asked them to. The governor… Massachusetts does not have a plane that could do this, and we have a federalist sense… This is masks that the state of Massachusetts wanted. These were not masks the federal government was gonna provide.

So Massachusetts had to find a way to get ’em, and they did not lean on some socialist outfit. They leaned on Mr. Kraft, who was more than happy to do it. The New England Patriots have two Boeing 767s. They have a backup in case one has a problem. The team has to get to where it’s going for road games. Sometimes they use the second one to take sponsors and so forth and so on.

But I’ll tell you something: Owning two Boeing 767s? (chuckles) That is no mean feat in itself. They charter them during the rest of the year a little bit, you know, to make sure they’re not just losing money sitting on the ground. But this is a phenomenal story. I suppose our good friends the ChiComs… Three hours on the ground to load that airplane, to refuel it?

And they came in at two hours and 57 minutes, all to get one million N95 masks back to the state of Massachusetts. And Mr. Kraft said, “I have never seen so much red tape in so many ways, obstacles at what we had to overcome,” not to mention the carbon footprint that this required? A million masks? The carbon footprint!

Anyway, kudos to the Krafts.