Does Anyone Remember the Obamacare Medical Device Tax?

RUSH: Let’s go back to the phones. This is Twyla. Twyla is in Albuquerque. It’s great to have you with us. I’m really glad you waited. Hi.

RUSH: I appreciate that. Thank you. I try to maintain that as best I can. It’s a natural effect, and I hope it never leaves me.

CALLER: My comment or question — I’m not sure how to phrase it — was I live in a state that we have a lot of retired and current government, city, state public employees. And I just watched the divide, because I come from a background of service industry, and you were talking about people being kind of passive. I see the group of government people that their income, their security, financially, nothing’s being detrimental to this point, whereas the service industry people, it’s devastating and the magnitude. And I just see that — I’m hoping that the people that have the money coming in constantly and nothing’s changing for them financially can understand that we can’t be passive, just stay home, and let everything collapse. 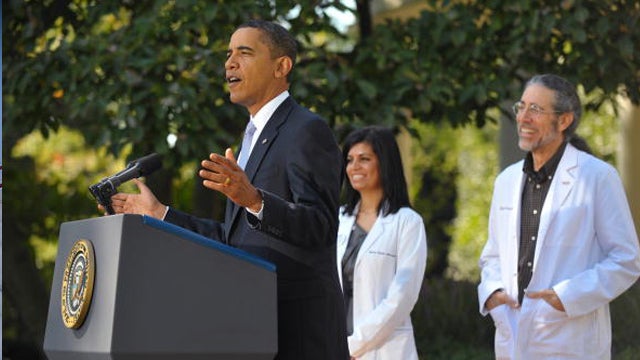 RUSH: You know, that actually is a valid point in this sense. There are some people unaffected by this. There are some people still being paid. And of course there are some people with a financial cushion to withstand losses or whatever. They’re not gonna feel anywhere near the pressure to get back out there and reopen. And it would be great if a way could be found to make them feel the pressure. Something beyond empathy. ‘Cause empathy clearly isn’t enough here, sadly. You know, we keep talking about sympathy and empathy and how the left feels your pain. There isn’t enough pain feeling going on out there, as far as I’m concerned. So that really is a good point.

You know what I’m hearing that’s really kind of infuriating me? I know there’s an element of truth to some of it. But some people are saying to me, “Rush, you’re missing the point here. You don’t know how lazy this country had become. There are people loving not having to work and being paid for it.” Maybe there’s some of that, but they don’t love being sequestered at home. They don’t love being on lockdown. This economy would not have roared back the way it did the last three years if this was a nation of lazy sloths. I resent this ongoing effort to impugn various people in this country in order to satisfy some wacko policy preference.

I know some people are. In a nation this large we’re gonna have everybody of every different characteristic out there. But we would not have had an economy roaring the way it was if we were a bunch of lazy do-nothings, as some are trying to characterize us. And one other thing. You know, I want to remind you. A lot of people have forgotten a lot of things. Understandably. This is why I am here. There are a lot of people complaining about the shortage of masks. A lot of people complaining about the shortage of other elements of medical equipment, ventilators and all this kind of stuff.

People seem to have forgotten something. Do you all remember this thing called Obamacare? I’m sure you do. Do you remember the medical device tax that Obamacare instituted? Like all liberals, Obama believed that people that make things will pay anything. You put a tax on ’em, they’ll just keep paying the tax and they’ll just keep making the device. You put a tax on yachts, and people will pay the tax.

No, they don’t. They go someplace where the tax doesn’t exist to get their yacht built. Barack Obama’s Obamacare tax on medical devices drove a lot of manufacturing for masks and other products overseas. That’s why it’s made overseas. It’s not because there’s something inherently wrong with American capitalism. It’s because it was Obamacare. Obamacare had to come up with ways to pay for its rotten self. And one of the ways it raised taxes was on medical devices. Hell, even certain things at beauty parlors were called medical devices. Remember that? I forget the specific elements. Not false eyelashes or stuff, but it was a ridiculous list of things that qualified as medical devices, all so the Obamacare tax could be collected.

Well, guess what? The people that manufacture medical devices fled the USA, and they went overseas to various places to get ’em made. One of the places they went was China. They also went to Mexico. They went to places in Europe. And now people complain about a shortage. They want to chalk it up to somehow a fault or a deficiency of capitalism or of the United States. No siree, Bob. It was a by-product of a tax increase called Obamacare on medical devices.

If you don’t believe me — well, I was gonna say Google search medical devices, but Google doesn’t say one negative thing about Obama ever so you’re gonna have a tough time finding this. We’ll do it. We’ll find it. Koko will find the stuff. We’ll do it. We’ll have it at RushLimbaugh.com.

We’ll give you evidence. Go there not too long from now and we’ll have a number of links for you to click on to find out exactly what the medical device tax part of Obamacare did to the domestic manufacturing of medical devices.

RUSH: Now, Trump repealed the medical device tax. It was part of the Obamacare repeal in late 2019. But that hasn’t been enough time for the industry to rejuvenate domestically. But he repealed the tax on it, so it cleared the way for medical devices to once again be brought back to manufacture in the United States. 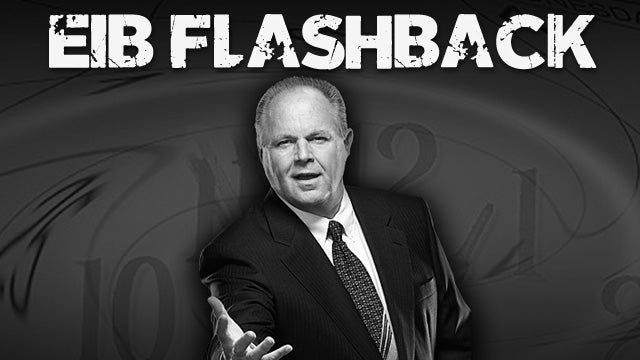 But it was Obamacare that forced the manufacture of these devices offshore with the medical device tax and Obamacare. It wasn’t repealed until late 2019. There’s a Forbes story on it in October 2019. Another story on it is December 2019, and this is only 2020. So, it was just a few months ago that we finally got rid of it.