What If We Had Done What Environmentalists Told Us?

RUSH: My friends, I want to run something by you here. Is it not fortunate that we have not had to deal with the implementation of radical environmentalism policy like the Green New Deal? Do you realize how fortunate we are during this? All of these radical environmentalist wackos like out in San Francisco (where this all started), tried to tell us that disposable cups were bad, that we had to reuse bags over and over again in the grocery store.

They told us that plastic and paper grocery bags were bad. But it turns out that reusable bags contain germs and viruses, and now reusable bags are being banned! It was never a brilliant idea. It was thought, “Well, we’ve gotta save the environment. We’ve gotta reuse as much as we can.” Reusing just spreads germs. It spreads the virus. They told us public transportation was the way to go. “Get on public transportation!” 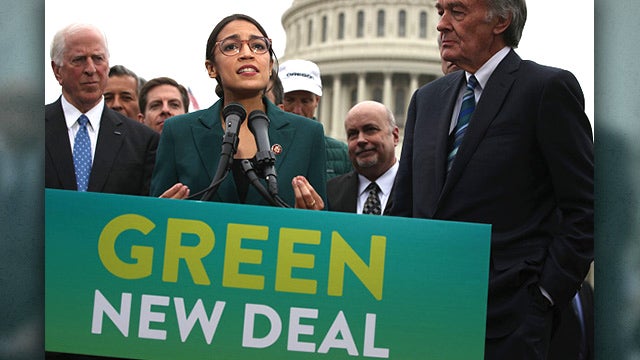 Now buses and subways are seen as places where you go to get sick. In fact, when you start comparing New York to California and why there are so many more cases in New York than California, one of the quick answers you get is, “Well, there isn’t any mass transit to speak of in California,” certainly not in Los Angeles. They’ve got BART in San Francisco.

But nothing to compare with the subway system and the buses of New York City. They told us that driving our own cars? Bad idea. They told us that living in the suburbs which… Do you know what living in suburbia is? It’s an early form of social distancing, is it not? It’s an early form of people trying to get away from jam-packed cities and crowds — and when people did that, what did the left say?

They told us to turn the economy and our way of life over to them — the Green New Deal — and now look. Now look. We are shut down, and we just all need to be reminded: While we are all forced by the government to stay at home, do you realize how fortunate we are and how nice it is that we have all the things that run on electricity?

That’s the first thing to go in a weather emergency. If a hurricane, thunderstorm comes in, then what happens? You lose electricity. You lose the phone system. You lose cellular coverage. You lose the ability to communicate, to stay connected. Electricity goes down. We are in the midst of a massive, massive shutdown and crisis — and everything that we have innovated and built that runs on electricity is still running.

We’re able to keep it up and running because of what? Fossil fuels. Your computer, your TV, your phone, your iPad, your heat, your air-conditioning, your lights, your stove, your coffee maker, your refrigerator, your washer and dryer, your dishwasher, every bit of it. If this were a weather emergency, you wouldn’t have access to any of it, and you wouldn’t have lights.

It’s the first thing to go in a weather emergency. But because we’re not in a weather emergency — although the media is eagerly hoping for an early hurricane season, if you can believe that. I’ve already read stories. Do you realize, ladies and gentlemen, solar power and wind power would not be able to power any of your stuff interminably as it is being powered today by fossil fuels?

Even in the midst of this massive shutdown of the U.S. economy, there still is a modicum of freedom out there, and it is brought to you by the free flow of oil at market prices. It is brought to you by the plentiful supply of fossil fuels, aided and abetted by new techniques in getting it, among them fracking. All things the American left and their allies in the Democrat Party have attempted to damage, diminish — in some cases, shut down.

If you depended on a wind farm or solar panels, you might get an hour and a half to two hours a day out of usage of these devices. Natural gas, coal, oil to the rescue. Natural gas, coal, and oil are sustaining a shut-down nation. And we are finding out just how crucially important they are. We’re finding out how crucially important a lot of industries the left makes fun of are.

Like farming, trucking, distribution, things that people just take for granted that are going to happen. Now people are praying and begging that there are no interruptions to these elements of the supply chain. In the midst of this shutdown… You know, I’ve read in various place that people are surprised rioting has not broken out yet.

Not looting rioting, not breaking into stores, just rioting based on a refusal to stay cooped up in homes and apartments. Greg Gutfeld yesterday opening The Five on the Fox News Channel had a brilliant opening monologue about how the American people are holding together, uniting, and peacefully accepting all of this. It was really well done.

It was a really well-done monologue from Gutfeld, and it got me thinking. Yeah, it’s a good point. There aren’t a bunch of malcontents. There aren’t a bunch of people rioting. Now, there are a lot of states, by the way, that are not shut down. You can go to Arkansas. You can go to Iowa, go to Missouri, go to Nebraska, go to both the Dakotas, and you can go anywhere you want. Nothing is shut down in those states.

They’re not in mandatory lockdown. I could go back home to my home state of Missouri if I wanted to and be free as a bird to flit around, do whatever I wanted to do. Now, people are self-imposing lockdowns there, but there’s no mandatory one in a lot of states. Trump was asked about it. Well, some states don’t have the problem. Let the governors handle this. We have a federalist system. He’s letting the governors handle it.

But the point is, in these states where there are these severe lockdowns — and in some states, if they catch you leaving home they’re gonna put you in jail or fine you. Are any of you surprised there haven’t been at least little pockets of unrest and people refusing to abide by these things? I think one of the reasons why is that we are comfortable at home. 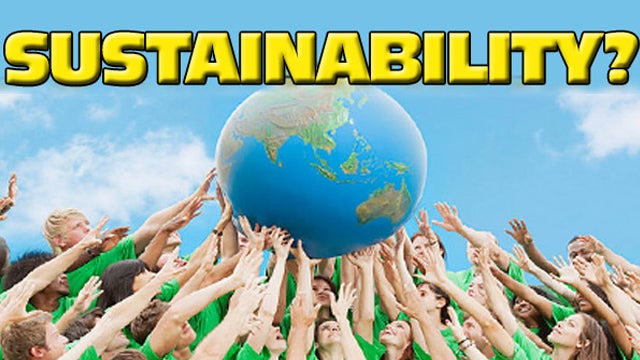 Climate control systems, HVAC are up and running. Your washer and dryer is working. Your stove is working. It’s not misery to be at home — and why is that? The free flow of oil at market prices and fossil fuel. And if the left at any time in the last 10 years had been successful in chipping away it all of that and forcing people to replace various elements of this with solar or wind?

I guarantee you people would not be comfortable at home, and they would be angry and miserable, and they would feel betrayed at the false promises they have been given about this stuff. And while all of this is going on, guess what? There’s an oil war going on between the Saudi Arabians and the Russians. And Trump is dealing with that.

He said he got on the phone to Mohammed bin Salman, MSB, the crown prince, and said, “You guys gotta get together on this.” Gasoline’s down to 99 cents a gallon in some places. Good for the consumer; bad for the businesses. It’s hard to stay in business with prices that low. There has to be a happy medium found.

RUSH: Yeah, yeah, yeah, look at this. Right here it is. “San Francisco Order Bans Reusable Bags From Grocery Stores in Effort to Fight Coronavirus.” This is the place where they made people reuse grocery bags in order to save the planet. In order to save the planet from climate change, they made people reuse dirty, dingy old bags, and now they have banned reusable bags because they carry the virus and they carry disease and now you can’t use a bag over and over again, gotta use a new bag. So it’s Emily Litella time, “Never mind.” The lesson is don’t listen to the left in the first place.