Will Democrats Ever Pay a Price for Their Lies About Trump?

RUSH: West Milford, Connecticut. Rob, great to have you with us, sir. Hello.

CALLER: How you doing, Rush? It’s an honor to be on your show. It’s great to have you back.

RUSH: Thank you very much. Great to be back, too.

CALLER: So I don’t want Snerdley mad at me. I will get right to the point.

RUSH: Okay. But you ought to worry about whether I get mad at you, not Snerdley. 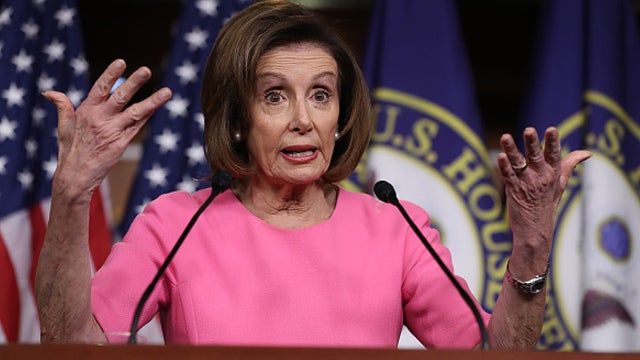 CALLER: True. So I was calling about the coronavirus commission that Nancy Pelosi is talking about putting together. And I read it earlier today on Fox. Rush, I was more annoyed reading that than I think I was at Russia collusion, impeachment, and all the other partisan garbage that she’s tried to do. Now, even though this hasn’t hurt Trump, it’s frustrating that it hasn’t completely backfired on them. I mean, this stuff should just tear them down —

RUSH: Let me tell you why she’s really doing this, by the way. Clearly they would love nothing more than to be able to impeach Trump and get him thrown out. But the reason they’re doing it, the immediate reason, is so that they can have a briefing every day to combat Trump’s. That’s what they’re setting up.

RUSH: I have to tell you something. I don’t know why the American people haven’t ditched ’em yet.

RUSH: They haven’t been right about anything. They’ve been lying to people about Trump-Russia collusion, Ukraine, Avenatti, Stormy Daniels, Michael Cohen, whatever they have dreamed up, and the FBI lying with the FISA applications is now being reported that was even worse than what — well, we all knew it, but it’s now finally being reported how bad it was, Comey, McCabe, Strzok Smirk. I don’t know how anybody has any faith in ’em anyway. Schiff, Adam Schiff is obviously one of the most dishonest schlubs that’s been running around running shows on this. 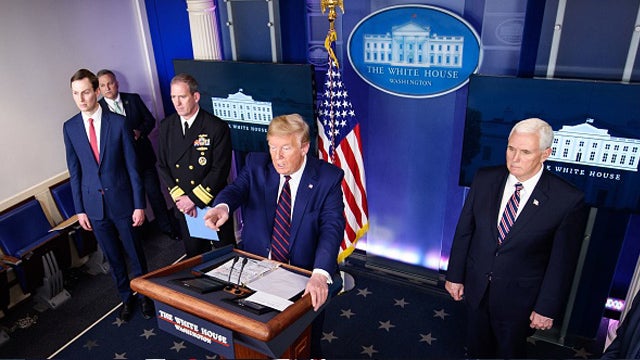 Look, I’ve been doing the program 31 years, and I have been frustrated that people haven’t seen the truth about Democrats even in that time. So that’s why we just gotta keep hammering them. But this illustrates the power of the mainstream media. They’re propping ’em up, man. They’re propping ’em up and they continue to beat up on Trump and — look at the way they’re eagerly reporting the loss of 700,000 jobs, for crying out loud. And look how that plays into the Democrat agenda. Imagine being in a political party benefiting from all this. That this is what has to happen for your party to benefit? I wouldn’t want to be in a party like that.

CALLER: No. And just somehow they just seem to get away with it over and over. I mean, yeah, it’s good that it hasn’t hurt him, but there’s really no consequence.

RUSH: But it has hurt him. It has hurt. It’s slowed down the agenda. It’s distracted him. The presidential approval number is a key number. They’ve kept that number in the low to mid-forties. If Trump’s approval number would have been in the mid-fifties like Clinton’s was or like Obama’s was, Katie, bar the door. Trump has been able to overcome, don’t misunderstand. But they have delayed, they have slowed down a number of things that Trump want to do, including the reforming of Obamacare, you know, wiping it out and rebuilding it, the health care system and so forth. And many, many other things like that.

Look. Bill Barr’s guy, Durham, this investigation is going on out there. But everything’s suspended now because of this, because of the coronavirus. But I remain convinced that that investigation was gonna prove fruitful and there were gonna be details forthcoming.