RUSH: This is Chris, Pleasanton, California. Great to have you, sir. Hello.

CALLER: Yeah, hi, Rush. So great to speak with you.

CALLER: I’m interested in your take on Gavin Newsom. I saw an interview he did a couple days ago with, I think it was Joy Behar, and she was setting up the usual Trump bashing, and instead it went the other way and was praising the president, and I was scratching my head trying to figure out what’s going on here. Do you have any thoughts on that? 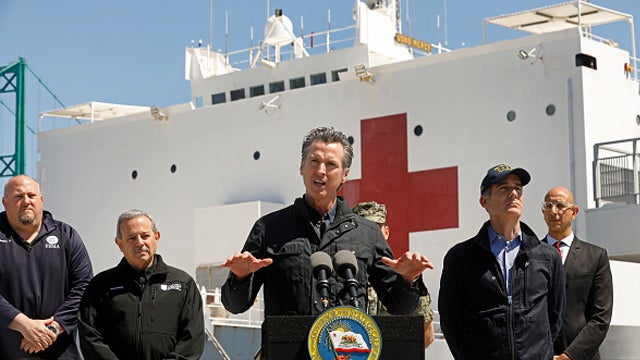 RUSH: I do because I’ve heard what Gavin Newsom himself has said about this. Gavin Newsom is praising President Trump because of the massive federal spending. Liberals love it. And Gavin Newsom has said publicly that this coronavirus, this episode, represents an excellent opportunity to reorganize the United States as a progressive nation. There are other liberal Democrats — Pelosi — there are others looking at it the same way. They think it’s a great opportunity. A crisis is a terrible thing to waste. This is a great opportunity to finally implement, say, the Green New Deal or whatever wish list socialists, communists in America have.

And they think that this is the perfect time. They believe in Big Government doing everything and being the source of everything, and they see a Big Government willing to do that. So of course Gavin Newsom is gonna act friendly towards it. He’s told us himself why he is. Don’t think, ’cause I don’t think it’s true, I don’t think Gavin Newsom has a newfound respect for and admiration for Trump. I think he sees an opportunity here. He’s just going about it in a much less controversial way and confrontational way than Pelosi is.

Clyde in Temple, Texas, great to have you with us, Clyde. Hello, sir.

CALLER: Yes, sir. First of all, in your stack of emails, there is an email “Not that complicated.” Look it up, sir. Here’s what we got.

CALLER: What will solve the problem medically but, more importantly, economically is the testing. The testing for antibodies and the testing for active disease. Those two things have to be the only thrust to our government right now. As soon as we test our entire population with those two tests, we gotta quit. It’s just that simple.

CALLER: Immediately get everybody who can work on testing working it without FDA or CDC control. 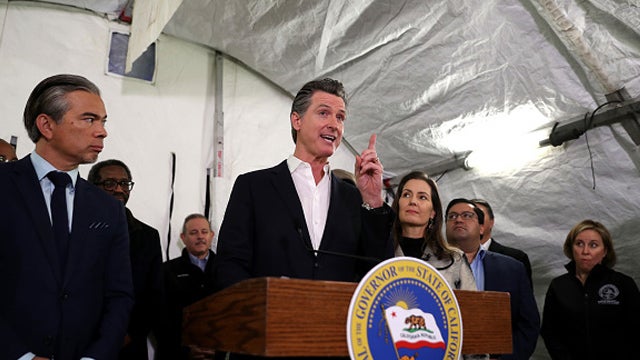 RUSH: No, no, no. Why is getting everybody tested in an automatic way back?

CALLER: Let me tell you. You test for the antibody. Everybody who’s got the antibody has cured the disease and is no longer gonna passes the disease on. They can go back to work immediately.

CALLER: Okay. So the more people we test for antibody and damned quick the faster our economy recovers.

RUSH: Well, [US Surgeon General Jerome Adams] yesterday made mention of the fact that they’re really making headway on the antibody testing, and he made it sound like, if I heard this right, he made it sound like next month that we could be testing tens of thousands for antibodies.

Now, that was extremely uplifting and hopeful, ’cause I know what the antibody test shows. It means that you basically have developed an immunity to it. You’ve had it or not, but that you’re not gonna get it if you’re exposed to it. That is big news. Anyway, Clyde, I appreciate the call. Thank you for squeezing it in in a limited amount of time.