RUSH: This is Todd in central Illinois. Great to have you on the EIB Network, sir. Hello.

CALLER: Hi, Rush. Hey, you sound great, and Godspeed with your recovery.

CALLER: I’d just like to point out that there’s something that the president has failed to do in this crisis that I think would really help the situation. It’s to come up with a hashtag.

RUSH: (laughing) I, as host, get it. (laughing) You mean like after Boko Haram kidnapped 250 African girls, Michelle Obama created a hashtag called #saveourgirls?

CALLER: Oh, absolutely. He’s completely failed to do this.

RUSH: Well, you have a point. When Michelle Obama’s hashtag #saveourgirls went up — and there were signs too. Michelle Obama was photographed holding up a sign, “#SaveOurGirls.” There were reports that Boko Haram was scared to death and was thinking about releasing the girls. Not. They got a laugh out of it at best. So a little satire here, folks. Because back when Michelle Obama had her hashtag, oh, the media loved it. The media just went bonkers with it, about how much the Obamas care and how willing they were to extend themselves and insert themselves in controversial issues. A Twitter hashtag. 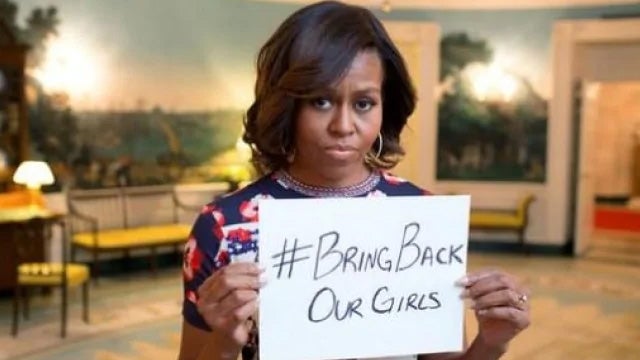 I, of course, as the mayor of Realville pointed out how utterly useless it was and for the rest of that week the Drive-By Media did stories on how I, your host, have no soul, ’cause I didn’t go along with the meaningless — “But Rush, it helped people psychologically.” It didn’t help the kidnapped girls, and it didn’t have any impact on Boko Haram.

But, what would the hashtag be? See, even now pooh-poohing it and some people are thinking hashtag, great idea, depending on what the hashtag was. Appreciate the call, Todd. 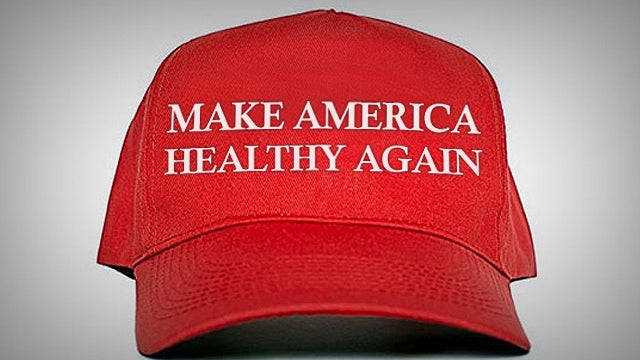 You like it? Well, make sure I get the credit for it. Make America Healthy.