RUSH: All right. I am a known troublemaker, right? I’m a known troublemaker and raconteur, nonconformist speaking outside the box and a far distance away from conventional wisdom. Can anybody tell me, did the Wuhan virus, did it spread to Beijing? (interruption) Nor Shanghai, right? Not in significant numbers. Did the ChiCom stock market crash? It didn’t. And Wuhan is up and running back in normal life operations. I’m just asking.

Greetings, folks. Great to be back here. Great to be with you. Rush Limbaugh, the EIB Network. We are at 800-282-2882, if you want to call. The email address, ElRushbo@eibnet.us.

It is amazing, the Drive-By Media is still trying to blame me for this. You know, it is stunning here, the Drive-By Media would rather do — I’ll tell you, if Obama were president and all this were happening, you know what the press briefing every day would be? “Sir, how are you bearing up? Sir, are you getting enough sleep? Sir, are you getting enough assistance? Sir, how are you bearing up? You’re doing such a wonderful job. How is your health? How is your psychology?” 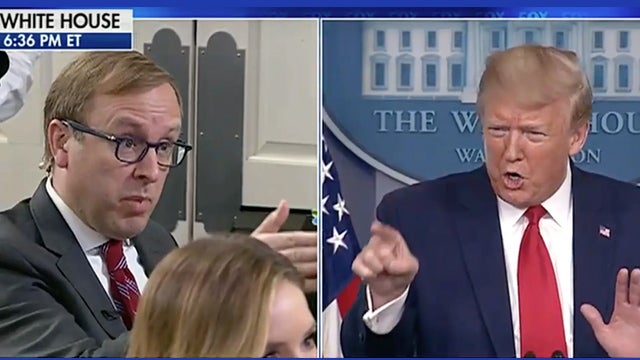 The questions would all be adulatory. They would all be concerned about Obama and his health. And yet every day in that press briefing the only objective is not to ask questions that would facilitate the American people learning things and being provided information. The sole purpose of that press briefing every day from the media standpoint is to somehow indicate that this is all Trump’s fault, that he’s incompetent in dealing with it, and it’s almost purposely undermining the effort here. It’s frustrating to watch it. We know it’s gonna happen every day. It does happen every day.

Jonathan Karl yesterday brought in a China-sympathetic reporter to that press briefing. That China reporter in there from Phoenix TV — that’s a Chinese dominated company — Jonathan Karl of ABC runs the White House Correspondents’ Association, so he brought the reporter in there. And I don’t know if anybody noticed it, but little Dr. Fauci at the end of the briefing gave Karl a thumbs-up like a “job well done” kind of thing.

We got all of these Hillary Clinton sympathizers still on the medical expert team here. And we know that one thing has not changed, and that is these people’s desire above everything else to get rid of Donald Trump. Can you believe these people don’t care about the economy being shut down? It is stunning to me. People are being ruined. I talked to a number of friends of mine. These are people that own their own business. 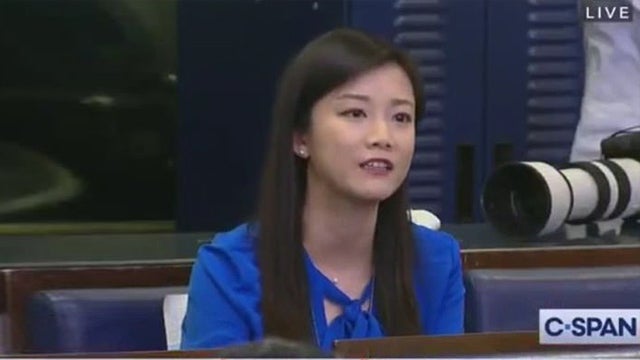 A good friend of mine in South Carolina told me he’s losing a million dollars a day. Another friend’s business is totally shut down. He’s ruined. And there’s no end in sight to this. And we’re talking about another task force to discuss how to reopen? We are capitalism 101. What do we need a task force to talk about how to reopen an economy? We are, or were, the world’s number one economy.

Look, no, I understand that there may be some need to keep the elderly and the susceptible at home and let the young and healthy out, let them go back to work. But a task force is just another bureaucracy. Look, I’m for anything that will get all of this back up and running as soon as possible. But I just don’t get the impression that there are very many people that we see on TV from Washington every day besides the president who are focused on this. Do you?

Now, I understand this virus is a deadly thing. I understand it’s very serious. I understand all of that. Please do not get confused here. But motivation is a key element to anything. Desire is a key element to accomplishment. It always has been. And we keep hearing, “We gotta maintain this shutdown. In fact, we need to even intensify the shutdown. We need to keep people staying at home.” Now we got stories — remember how when Bill Clinton couldn’t tell the truth to save his life, we got stories from the media how telling little white lies is actually good? Now we’re getting stories, how wonderful it is to be at home, how families are rediscovering, how children are finding out there’s much more to do at home than they ever knew.

Now, I also understand the psychology of that. I don’t necessarily think it’s unilaterally a bad thing. I’m just telling you that there is an all-out, subtle effort for the status quo because it’s going to hurt Donald Trump. That is the objective. That’s the only thing at the forefront of some of these people’s minds while they portray themselves as being primarily concerned with public health.

Now, there’s a lot of news today, and there’s a lot of commentary that I want to share with you. Bill Bennett and Seth Leibsohn had a great piece yesterday. I couldn’t get to it ’cause I wasn’t here. One of our really high respected commentators, Angelo Codevilla, has a great place today along with Victor Davis Hanson. We’ll share their thoughts with you as the program unfolds.

RUSH: Here’s Joe in Colorado Springs. You’re next, sir. Great to have you with us. Hi.

CALLER: Hi, Rush. First my prayers go out to you for a speedy recovery. You were widely mocked for saying that the coronavirus was similar to the flu. And I’m wondering if the computer models that the government is using for COVID-19 are the same computers are using for the climate change models. The numbers just don’t add up. Just this past flu season from October 1st to March 21st, 2020, the CDC estimates there was 38 million to 54 million cases of the flu, requiring 18 to 26 million doctor visits, 400,000 to 730,000 hospitalizations, and somewhere between 24,000 and 62,000 deaths.

RUSH: Right. So what you’re saying is while I was mocked, I was right, the flu is much, much worse in many respects. Look, folks, many of you know this by now. The very fact that the media wants to focus on a guy on the radio and what he says is all the proof you need to know that everything they’re doing is politically charged and aimed at discrediting the president of the United States. They are purposefully undermining the effort to deal with this. There’s no reason to talk about what I say unless it offers them a way of discrediting Trump and prominent conservatism.

RUSH: I have to laugh at the Democrats’ claim to be the party of science. Yeah, Algore and Greta Thunberg as climate scientists, Bill Nye The Science Guy not even a scientist. And Bill Gates, medical director. Some party of science.