Will the ChiComs Ever Be Held Accountable?

CALLER: Hi, Rush, mega prayers. My question to you is, I wonder if you think China is gonna be held accountable.

RUSH: You know, I would… (sigh) Yeah. (chuckles) I’ve got so many thoughts on China, and if I were to tell you what they are, I would be the sole subject of media reporting for the rest of this week.

RUSH: Will the Chinese ever be held accountable for this? By whom do you mean? 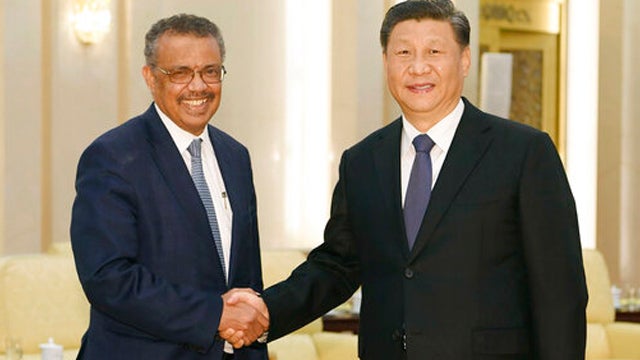 CALLER: Our government. I mean, they write us a check or something or —

RUSH: The ChiComs write us a…? ChiComs? Get in line. Italy would want the first check —

RUSH: — then we’d want the second. Uhhhh, I have to take a break.

RUSH: I’m gonna give you a little hint here. I would… I’m not predicting this, okay? But I’m gonna tell you: I will not be surprised if at some point down the road the Chinese are not seen as great humanitarians by certain elements of the American elite political class. Not a prediction. Not a prediction. But I’m just telling you: I wouldn’t be surprised if down the road the ChiComs are not seen as very helpful and great, great, great humanitarians. We’ll see.

RUSH: Oh, I got some snarky emails. China has been flooding Facebook with ads blaming Trump for the China virus. It’s a Breitbart story. Don’t accuse me of making stuff up here, you malcontents in the email. China is blaming us for this virus, and they have been trying to get away with that for months now.

RUSH: I want to go back to this story here: “Chinese State Media Floods Facebook with Ads Attacking Trump for Coronavirus.” Does that not sound suspiciously familiar, too?

By the way, I never got a chance to comment on this. Do you know…? Remember when Mueller indicted those Russian troll farms? Back during his vaunted investigation, Robert J. Mueller the 18th (to show his pedigree) indicted a couple of Russian troll farms for running a bunch of ads on Facebook, and those indictments were never gonna see a trial because Russia was never gonna extradite those people.

So they were meaningless indictments, just to make sure that Mueller could say he attached some Russians to this whole thing. Guess what? The DOJ dropped the charges against one of the troll farms. This is weeks ago, folks. Weeks ago, this happened. There was never a case! They never had a case.

Those were PR indictments, and they’ve been dropped. (sigh)