RUSH: Look at Madeleine Albright — for crying out loud — on Fox News. Holy smokes, what is that? Oh, my God! She’s blue. She’s blue! Do you see that? She could be part of the Blue Man Group. She could be a cheerleader for the Seattle Seahawks. Holy smokes! That’s gotta be lighting. It has to be lighting. Oh, man. We’ll get a screen grab of this and we’ll put it at RushLimbaugh.com. 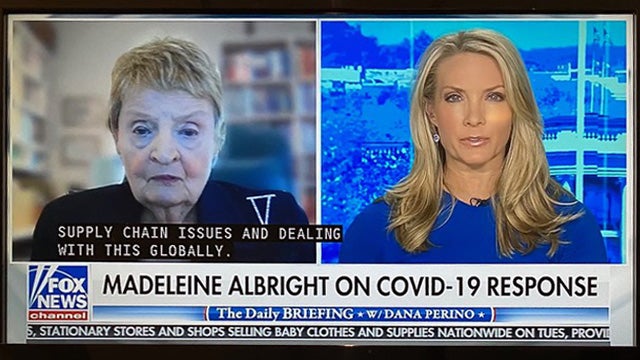 Somebody quickly get your phone out at the website! Go to Fox, and take a screenshot of that so people will know what I just interrupted myself for to react to. This is the woman, by the way, Madeleine Albright… She teaches at Georgetown. This… Way to go, Brian. Way to act fast in there. This woman teaches that there’s nothing exceptional or special about the United States.

Madeleine Albright believes the United States is an accident that occurred at a quirky intersection of time and events. Nothing special. That’s what she teaches. This is the woman who when the Soviet Union fell as a superpower was very, very worried because it left the United States as the only superpower in the world. 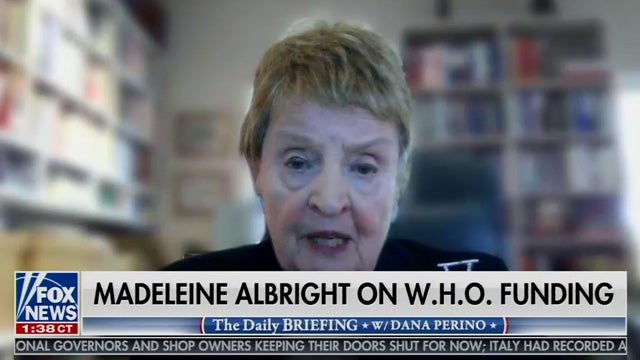 That, to her, equaled an unstable world. 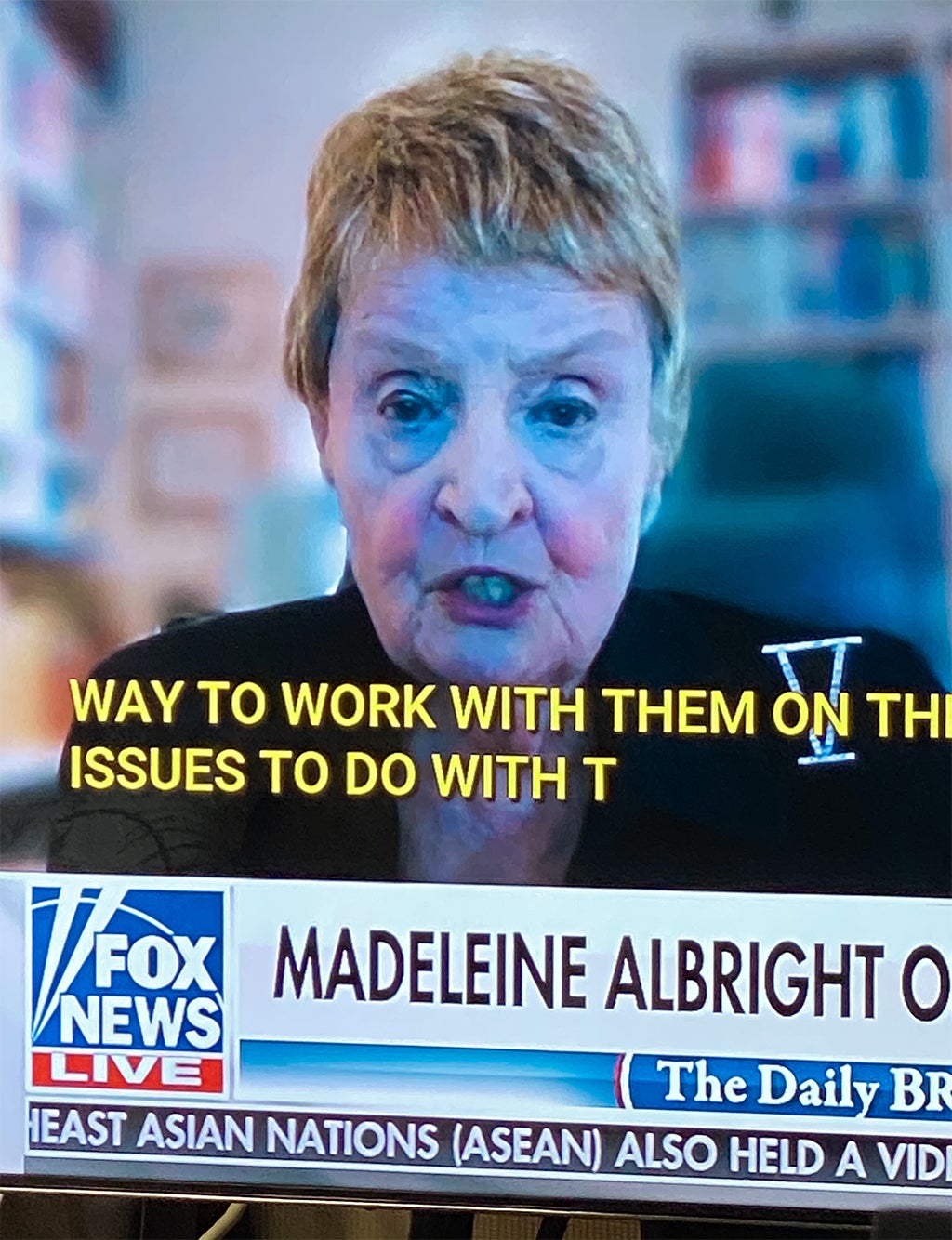 She doesn’t believe in the concept of United States as the good guys. I’m not exaggerating. I am not making it up. The only way you can think the United States causes instability in the world is if you don’t think we’re the good guys. And, you know, she’s got undergraduates and graduates at Georgetown, and she teaches there’s nothing special about the U.S.

I can’t believe that somebody at Fox wouldn’t say, “Madam Albright, you look blue! Is there something that we can do?” But maybe that’s the lighting they’ve chosen for Madam Albright’s set at her home ’cause maybe without the blue it’s even worse. Look at that!

There’s a close-up of it. I’m sorry to focus on it when you can’t see it, folks. It’s really unfair of me to do this. But, like I say, we are taking numerous screenshots, and we will post them at RushLimbaugh.com ’cause it’s really unfair for me to describe something I can see but you can’t, but we’ll fix that real quick.